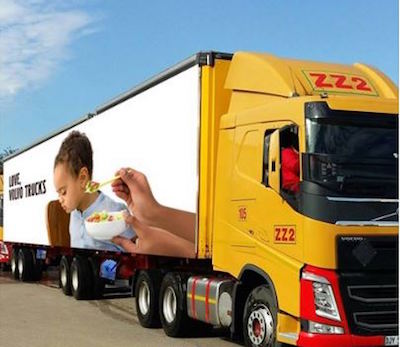 How to join 5FM’s beach clean up

5FM has joined forces with three environmental organisations to help profile the importance of protecting the environment. Last month the station launched a pro-bono environmental campaign supporting Sea Shepherd, Clean C and the Two Oceans Aquarium aiding with a big beach clean up. This week Saturday, 18 February, 5FM has invited all volunteers to join 5FM DJs in a clean up at various venues in Cape Town. The environmental organisations have identified both beaches and an inland area that need a clean-up and invites those in and around Cape Town to show their support.

Those wishing to lend their support may head on down to one of the venues at 10:00. The clean-up sites are:

The Liesbeek River (meet at The River Club)

Both gloves and rubbish bags will be provided, those wanting to participate need only bring water, snacks and sunhat.

The organisations have decided the waste collected from the clean-up will be used to create Ecobricks – insulative building blocks that are made from non-recyclable materials which seem valueless and which would otherwise end up in the landfill, the ocean or rivers. These bricks will contribute to ‘The Building of’, a partnership between Waste-ED, Cobute and Masikhululeke Educare Centre in Joe Slovo.

5FM’s Nick Hamman will broadcast his 5FM Charts show live from The Two Oceans Aquarium from 10:00 – 14:00. 5FM presenters who will be stationed at the various points assisting in the clean-up are Kim Schulze, Das Kapital, Nala Tose, Linda Mbuso and HammanTime producer Mike Bossenger. Listeners can expect live crossings to each point with updates of the clean-up.

With only one week remaining for photographers and filmmakers to enter this year’s D&AD Next Awards, F/Nazca Saatchi & Saatchi have released a new series of stop motion animations as the centre-piece of this year’s Every Pixel Counts campaign.  The campaign spotlights the work of previous Next Award winners and the attention to detail of their creative process. These animations will be shared across all social channels over the coming weeks before entries close on 22 February.

The animations were created using over 500 acrylic pieces, which were carefully lit and photographed frame by frame. It took seven days in the studio, more than 840 photos were taken, and for the animation and composition, each pixel in each frame of the film was individually separated, treated and coloured.

For more information on the Next Awards click here.

The big societal shifts in politics, education and religion both locally and internationally, in 2016 have inevitably had an impact on the mind-set of South African consumers. But even in this time of uncertainty consumers of top end spirit brands continue to see socialising and connecting with their friends as a priority, and will be resourceful with budgets to ensure a good night out. This is according to consumer research done by Pernod Ricard South Africa, the company behind leading brands like Absolut, Jameson and Chivas Regal, over the 2016 -2017 festive season.

“Against a background of volatility, uncertainty, complexity and ambiguity consumers definitely aren’t going out less. A proliferation of events on virtually every night of the week over the festive season meant party goers were spoilt for choice” says Bridget Dore, head of consumer insights at Pernod Ricard South Africa.

“In the past we looked to the West and the East for inspiration and prosperity. But now, I look back home to Africa, a vibrant continent full of passionate people with pride and raw energy.  And now we have something much more powerful: ambition and belief. When I look at Africa I see wonderful possibilities for everyone. Africa is the future. Discover Africa with us.”

This is what international footballing legend Didier Drogba has to say about his own continent, in the latest Turkish Airlines advertising campaign. This time, the campaign is totally focused on Africa.

The campaign showcases Turkish Airlines’ continued commitment to Africa, with the airline, now flying to 51 destinations in 33 countries across the continent.  “Our investment in Africa has been a strong element of our strategy especially in recent years. Didier Drogba’s words summarise our reasons for our continued expansion into the continent,” says Kenan Ince, GM for Turkish Airlines in South Africa. “Turkish Airlines sees a bright future for Africa, and since we support emerging economies we’ll continue to offer competitively-priced travel to more destinations in Africa than any other airline.”

As Drogba himself said in a post about the campaign on Facebook ‘In the past Africa was shown as synonym of poverty & war, today Africa is showing a different face. Investors keep coming, startups are created, entrepreneurs stand out and many of our countries are emerging. Africa is the destination; Africa is the future.’

Is it possible to give a truck human traits? Or elicit feelings that people can relate to when seeing a truck? How can a truck be seen as anything else but a piece of machinery that moves? These questions were successfully answered in a campaign that Volvo Trucks South Africa launched on its Facebook page on Valentine’s Day.

“Often there are negative perceptions regarding trucks, however, trucks play a vital role in the daily lives of South Africans – especially when you consider that most goods used whether perishable or not are transported on a truck. This presented us with a challenge to make trucks a little more human,” says Valentia Hobbs, GM of marketing and communication, Volvo Trucks South Africa.

To address this Volvo Trucks South Africa launched the aptly called campaign ‘Love, Volvo Trucks’ on 14 February. With this campaign Volvo Trucks shows the important role that trucks play in everybody’s day-to-day life by showcasing various scenarios where the focus is not on the truck and its features but rather on what the truck is carrying, day to day items that forms part of people’s lives.