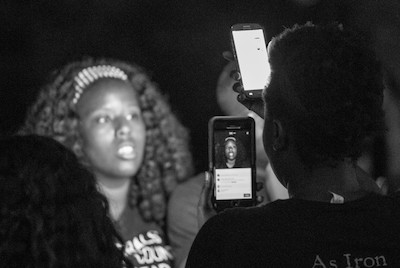 
Every week seems to bring another devastating Facebook Live video posted online. A Florida teenager killed herself live on the internet in January. A woman in Sweden was reportedly raped while her three attackers broadcast it for hundreds to see. And video of a 12-year-old girl’s suicide was broadcast on social media.

Meanwhile, other live-video incidents – such as police shootings and the torture of a Chicago man – have become key pieces of evidence and controversy in public debates about race and violence. In all, the past year saw at least 57 incidents of violence broadcast via live video.

These events raise questions about the ethics and responsibilities of social media. They also point to a key media shift: Broadcasting live video used to be a complex technical feat, requiring television cameras, trucks and satellites. Today, the ubiquity of smartphones and social media has made “going live” as simple as tapping an app. The result has been a new world of live video – documenting society’s good, bad and ugly – that challenges how we think about visual information made public in an eyewitness, even journalistic fashion.

Photos and videos have an inherent realism, which audiences associate with greater authenticity. Media philosopher John Durham Peters has shown how the “liveness” of audiovisual media can accentuate that sense of authenticity, by providing a means of collective witnessing. Journalists, for example, act as witnesses to events, and audiences bear witness to news broadcasts and reports.

In July 2016, Facebook Live exposed the police killing of Philando Castile. The video served to bear witness and added to the public discussion of police brutality.

But the Castile video also illustrated the equal parts “compelling and challenging” aspects of bearing witness to live events: Videos can improve public awareness, while in some cases including material that is graphic, pornographic or pirated.

Our cultural milieu, including news and social media, is increasingly visually oriented. The inclusion of a visual increases audience attention, and imagery can create instantaneous emotional reactions. Images are easier to recall than words, and visuals can drive humanitarian actions, though such effects are short-lived. And in a social media environment, visuals can increase engagement, which is often a key objective for users.

News organisations and social media platforms are well aware of these effects. Facebook, like other social media providers, designs its interface to emphasise visuals. Amid phenomenal growth in video – YouTube has more than a billion users – news and social media sites are adapting their formats and tools to capitalise, hence the development of Facebook Live.

While news content is still largely dominated by media organizations acting as gatekeepers, the do-it-yourself information environment of social sharing means that the the press is not necessarily the last “gate.” Audience-led forms of journalism – such as posting videos from breaking news events – are by no means new, but the widespread use of smartphone cameras and one-touch publishing has made citizen journalism an almost taken-for-granted mode of the contemporary media environment.

Indeed, as seen in the women’s march and airport protests against the Trump administration, to protest these days is to live-document it at the same time – extending one’s reach beyond the protest space.

What’s particularly new is this: Social networking sites – even ones like Facebook that tend to have a more private, friends-and-family orientation – increasingly are the platform for creating and sharing user-generated news, bypassing news organisations altogether. What matters more is the “spreadability” of user-created content.

If they get enough traffic, Facebook Live videos can become objects of more formal news coverage. In effect, the social circulation itself leads to the issue being “picked up” by news organisations; that, in turn, leads to further social conversation, as in the case of Castile’s death, shot live and preserved for others to see.

Journalistic codes of ethics emphasise seeking truth and minimising harm. Facebook, of course, doesn’t adhere to these same ethical considerations, and, in fact, we have seen numerous ethical lapses from the social media giant. What’s more, everyday folks creating Facebook Live videos do not fashion themselves as journalists – nor should they be expected to have journalistic responsibilities in mind.

But it’s worth reflecting for a moment on our collective responsibilities as Facebook users, live-streamers or not: What value are we deriving? How many thousands of people watched, reacted to and even commented on the live-streamed suicide of a 12-year-old? Are we really so desensitised?

Facebook begs us to become voyeurs. And while live-streamed videos can serve to enrich the human experience and educate the public, they mostly tend to trade in the ugly and profane. Are we, as the late media scholar Neil Postman famously suggested about another video medium, merely “amusing ourselves to death” with the mundane?

Live-streamed video muddies the intersection of Facebook and journalism. Facebook has more than a billion daily active users, with 66 percent of its users getting news from the site. That makes it, by some accounts, the leading news gatekeeper in the world.

It has faced tough scrutiny, from mounting evidence of censorship to its part in facilitating filter bubbles and echo chambers.

While Facebook has denied its role as a media company, there are indications that the platform may be reevaluating its responsibility, such as hiring a former journalist to lead its news partnerships team and developing the Facebook journalism project – though critics suggest these moves are cynical efforts at damage control.

What’s clear is that live-streaming video via social media forces us to consider how we think about news – its speed, spread and defining influence in bearing witness to public life.