Tiso Blackstar gets approval for JSE main board listing 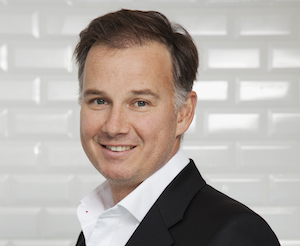 On Wednesday media group Tiso Blackstar reported its first results since its change in status from an investment entity. The group also announced that the JSE had given it approval to move from AltX to a dual primary listing on the main board. Tiso Blackstar is also listed on AIM in London.

“This is very significant for us and it’s taken us quite a while to restructure to make sure that we can list because we didn’t want to lose our dual listing status in the UK,” Tiso Blackstar director Andrew Bonamour told Moneyweb. “We now just need approval from shareholders.”

He added that the group does also still have ambitions to move to the main board of the London Stock Exchange, but it will only do so once it has reached the necessary scale to manage the two cost bases. Potentially this would happen off the back of a sizeable offshore transaction.

Tiso Blackstar’s results for the six months to December 31 2016 showed that the group grew consolidated turnover to R4.5 billion from R4.3 billion in the comparable period in 2015. Consolidated earnings before interest tax, depreciation and amortisation (Ebitda) were up from R249 million to R270 million.

The biggest contributors to profits were the group’s media business, which grew Ebitda from R86.4 million to R91.8 million, and its retail solutions business that delivered Ebitda of R136.7 million up from R128.5 million.

“The core business, being media and retail solutions, is sound and growing earnings,” Bonamour said. “Around 70% of turnover and Ebitda comes from those two.”

He said that the successful restructuring of the media business in particular was based on having a more commercial focus in operating the business and making sure that the cost base is right.

While there is a lot of negative sentiment around print media in South Africa due to broadly declining circulations for newspapers and magazines, Bonamour said that international experience shows that these businesses can still be profitable.

“If you go to the New York Times, Washington Post or Financial Times (FT), their turn started around 2006 but it’s found a level now and is actually profitable if not growing in certain segments,” he said. “The FT told us that they make more money now at a circulation of 200 000 than they did at 450 000.”

Bonamour believes that this can be true for local titles too. Tiso Blackstar’s media business has therefore cut out uneconomical sales, such as the dumping of newspapers at coffee shops.

He added that the decision to make certain online content from its business titles available to subscribers only from February this year has been more successful than they expected.

“Over 2 000 people have signed up since February 18,” he said. “That is way above our expectations and break even. It’s a premium product that also gives access to Wall Street Journal and FT content, so we believe there is a good value proposition.”

Looking ahead, Tiso Blackstar noted that the sale of its 22.9% interest in Kagiso Tiso Holdings is expected to close during May 2017 for R1.5 billion. Upon its completion, R40 million would be paid out as a special dividend to shareholders.

With the expected boost to its balance sheet that this will deliver, the group said that it is looking at acquisition opportunities both locally and internationally.

“From a South African perspective, we make our money through advertising, and we want to continue building the advertising platform – print, digital, broadcasting and potentially outdoor – so that when advertising spend moves from one segment to the other we are able to benefit,” Bonamour said. “We don’t want one element that is too dominant, so we would like to build platforms that we don’t have, and the platforms that we do have that are small, like radio for example, we would like to build proper scale through some smart acquisitions.

“We are very driven by capital allocation in terms of return on investment, so any acquisition would have to be earnings enhancing,” he added. “We wouldn’t overpay for it.”

The group declared an interim dividend of 4.47275 cents per share.

Tiso Blackstar’s share price was marginally higher following the results announcement. It was trading at R9.80, which is up around 20% over the last six months.