Young Nation: How SA’s millennials are making the news 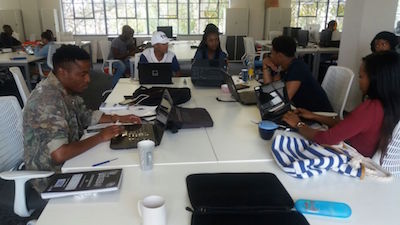 The media has been making much of millennials of late – probably because the world’s first digital natives are now at an age where they are making massive contributions to the global marketplace.

Not all the talk is positive: stereotypes and caricatures abound, captioned by catchphrases like ‘over-confident’ and ‘self-entitled’. Love them or loathe them, there’s no escaping the fact that this generation is driven by a strong creative streak and an indomitable entrepreneurial spirit.

Thululeni David Nkutha is a case in point. Last year, the 26-year-old from Garana Park, south of Joburg, founded Spaza Shop Media, immediately launching three different news sites. He admits it was a bit ramshackle at first. “When we launched in March last year, we were all over; trying to learn the market, and to present everything.” Today, Spaza Shop is a smoother operation with offices at Tshimologong in Braamfontein, and hosting two signature news sites with a growing subscriber base, run by and aimed at South Africa’s youth market. 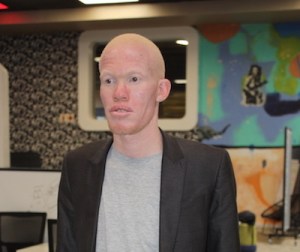 Media sites aren’t speaking to us

The determination to give local youth a voice is what spurred Nkutha to develop the startup. “There are no sites speaking to young people and offering them the stuff they’re really interested in,” he says, “media outlets are not speaking to us in a way that we can relate.”

The closest other local offering is online youth mag LiveMag, powered by UK-based Livity Africa, but as an independent new media house with limited resources Spaza Shop is determined to make a difference, offering daily news updates via Young Nation News SA, which focuses on current affairs, and the youth culture, entertainment-driven Goli Mag. It’s all spearheaded by millennials with a keen grasp of the media, “written by young people, for young people” – and Nkutha is determined to grow and spread the word.

A mogul in the making

“We want to become a full-fledged media house, with many different offerings… we’re coming up with new platforms, and designing dialogues. Our aim is to move around, to include different townships and get face to face with young people. We want to be the voice of the community.”

With four full time journalists on the beat, and four part-time, final year students making up the team, Nkutha says he’s driven by the passion and motivation of his young team – and inspired by the successes of other millennial entrepreneurs like author, adman and social commentator Khaya Dlanga.

A Boston Media House graduate who majored in journalism, and supplemented that with a certificate in radio and television at Damelin College, Nkutha credits support from Braamfontein-based digital innovation hub Thundamental with his startup’s inception and growth. A former Sowetan Live editor and another who works at online advertising and creative agency 10 and 5 contribute input to the sites’ editorial content and direction.

Editorial integrity is a non-negotiable to Nkutha, who insists that their news sites will not pander to propaganda. “When we work for other media houses, we have gate keepers – so if you want to do a story, it’s looked at in terms of the revenue it will generate. It’s not about journalism anymore, but about money.”

Independent agencies on board

As a largely self-funded operation – “my family has been helping me in terms of financing the business” – Spaza Shop Media’s greatest challenge is overcoming their limited resources and convincing advertisers and sponsors to come on board.

“It is very difficult to sell an idea without having anything to show to possible investors in this country. I used to knock on doors, proposing this business idea and people did not believe in me. People don’t want to take risks, they want to be sure that if they invest in you, that they are going to make money out of it.”

He’s brought a few small independent ad agencies on board, and it’s paying off, notes Nkutha. “We work with independent agencies that are as small as we are, such as Ad Marula, which makes sense for us. We have brands advertising on our website and the biggest one we have is Mr Price which is also about young people, so again, the synergy makes sense for us.”

Named Thululeni (‘why are you quiet’) because he did not cry much as a baby, Nkutha conversely, was a curious, talkative child, one of four raised by a single mum. He’s a self-confessed radio head who hasn’t ruled out bringing his love of the medium into Spaza Shop’s offerings.

“Radio is my first love. Growing up, I wanted to be a radio DJ or producer, or even own a radio station. I’d love to do pop up radio – broadcasting from events or the streets. I am thinking of doing podcasts on the websites and, as we grow, maybe venture into an internet radio station. The internet has given us an opportunity, so why not utilise it?” 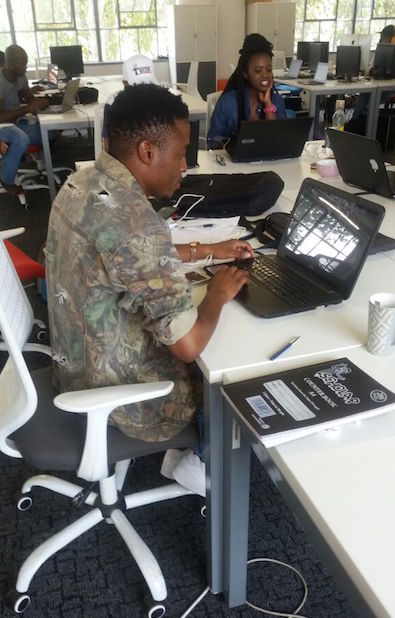