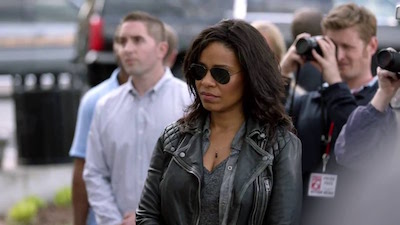 Shots Fired  is a 10-hour event series that examines the dangerous aftermath of two racially charged shootings in a small Southern town, providing an explosive autopsy of the US’ criminal justice system. The show is produced by Gina Prince-Bythewood (Beyond the Lights, The Secret Life of Bees, Love & Basketball) and Reggie Rock Bythewood (Notorious, New York Undercover, Get on the Bus)

The story is centred on an African-American sheriff’s deputy who kills an unarmed white college student. A small town in North Carolina is turned upside-down. Before the town has a chance to grapple with this tragedy, the neglected murder of an African-American teen is brought to light, opening wounds that threaten to tear the community apart.

Leading the Department of Justice’s inquiry into these shootings is seasoned investigator Ashe Akino and a young Special Prosecutor, Preston Terry, both of whom are African-American. As they start to peel back the layers of both cases, they suspect a cover-up that may involve some of the state’s most powerful people, including fiercely political North Carolina Governor Patricia Eamons  (guest star Academy-, Emmy- and Golden Globe-winning actress Helen Hunt). She’s in a tough re-election fight, and the recent shootings in her state are making it even tougher. 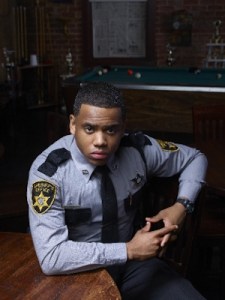 The show starts on 12 April.

fastjet is ‘Taking you places’

fastjet has launched its new ‘Taking You Places’ tactical campaign. The strategic campaign, implemented across fastjet’s core markets in Tanzania, Zimbabwe, Zambia and South Africa, will reinforce the low-cost airline’s longstanding commitment to provide affordable, convenient and accessible air travel for everyone in Africa.

“Whether for business or leisure, fastjet is an airline for everyone, and the new campaign encourages a more emotive approach in tandem with our value proposition. We expect this to drive brand affinity with existing and potential customers,” says Nico Bezuidenhout, CEO at fastjet. “fastjet makes it more affordable for traders to take their business to the next level, to connect people with loved ones, and to make dream holidays a reality.”

The campaign aims to better connect African customers with the airline and encourage consumers to become frequent flyers.

“The campaign will enrich the innovative and ambitious spirit of the fastjet brand,” says Samantha Jones, director at Gendel, which is executing the campaign. “Our extensive experience and successes within the travel, tourism and commercial aviation industry on the continent positions us well to collaborate with fastjet and help grow the brand.” 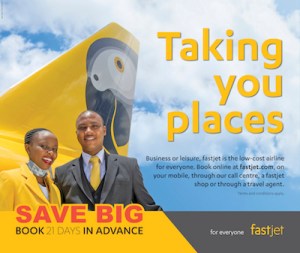 The first episode of the new series kicks off the season by meeting a rare and unique little creature few people have ever heard of, let alone seen. The golden mole was first documented 250 years ago by Carl Linnaeus, the man credited with developing the taxonomic system. After all this time and even with all the modern techniques and equipment available to us, very little is known about this creature today because of its secretive subterranean nature and tendency to be especially camera and trap-shy.

The show also investigates a toxic situation in Durban that has simply been going on for far too long. How is a company responsible for the safe disposal of toxic waste allegedly making whole communities of people sick? Thousands of community members now say ‘enough is enough’. Bertus heads to the EnviroServes’ Shongweni landfill site to find out what is causing such a stink.

The dinner bell is ringing in the new season of VeldFokus, with hungry animals putting on a showstopper of a performance! A weasel proves he is lethal, an elephant has to stretch for his veg, and wild dogs show us that sharing is caring! 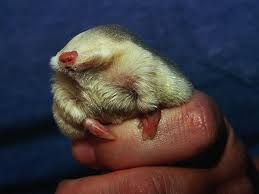 Junk president: Wow, what a cover!

South Africa’s Financial Mail, published every Thursday, hit the shelves with a hard-hitting cover this week. 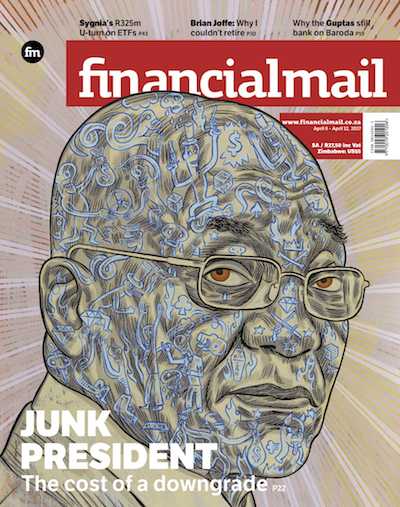 The cover story, by Claire Bisseker and Natasha Marrian, takes a tough look at President Jacob Zuma’s “craven attack on national treasury” and its effects. “The bottom line: Zuma’s reshuffle will retard growth and job creation, making it harder to reduce inequality.”