LATEST NEWS
Home Advertising A creative boost, a sensory overload and a good old kick up the bum

A creative boost, a sensory overload and a good old kick up the bum

Posted By: Dominique Swiegerson: May 30, 2017In: Advertising
Print Email 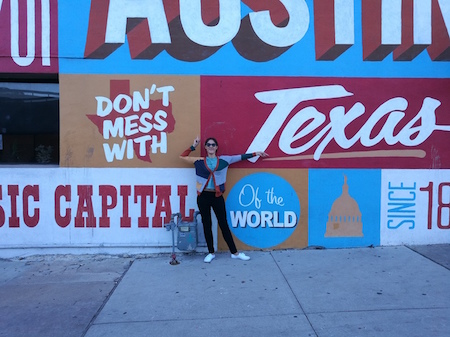 A creative boost, a sensory overload and a good old kick up the bum, all rolled up into one Texan adventure. This interactive, film and music festival was, pardon the cliché, a once-in-a-lifetime experience. Every keynote and every nook and cranny of Austin had enough energy to charge a creative army.

Pinpointing what the highlights of this festival were, is, however, a tall order. So basically, I’m just going to play an internal game of eeny, meeny, miny, moe to choose which experiences to share in this article. Here goes…

In a talk by Gareth Edwards, director of Rogue One: A Star Wars Story, what stood out was this: we all reach an age (no need for mentioning numbers), where we feel ‘what the hell have I accomplished, really?!’ We face one of two choices: dwell on this or stop moaning and start making. Just create, is what I took from this director’s humble keynote. Do whatever it takes to make the things you want to make. Also, collaborate. Yup, it sounds like cheesy talk. It’s a basic word, but it comes with a magnitude of power. 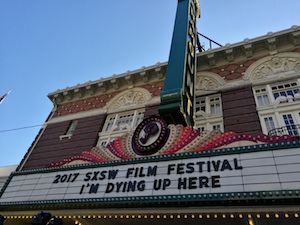 And it certainly stuck its neck out in many talks over the week. While we all know collaboration in our agencies leads to wonderful work, we sometimes just need a little reminder. We need to step on the collaboration Lego block, if you will, say, “ouch”, there it is, and remind ourselves that it’s essential. It’s what leads to the wow stuff. The stuff we all strive to produce.

Tell a good story. Whether it’s through words, pictures, online, on the big or small screen, heck or on the back of a juice bottle. Just tell a good story. A real one. The kind that gets people hooked like kids on sugar and grown-ups on carbs. Leave your audience wanting more and more and then some. But bury the stereotypes. Do it right. In SA, do it in vernac, why not. Create authentic, thought-provoking, hilarious content that gives you ‘hoendervleis’. Wagner Moura, lead in the series Narcos, the VEEP cast and writers, SoulPancake (Rainn Wilson’s (aka ‘Dwight from The Office’) media and production company) and even the spray-painting geniuses at Castle Hill Graffiti Park reminded me of what it means to be a good storyteller. 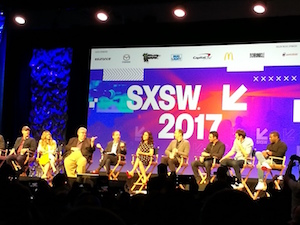 National Geographic and NASA speakers, for me, highlighted the importance of being bold as a creative. Making brave choices that are of course right for your brands – then fighting tooth and nail for it. I sat there in a comfy chair listening to the woman who created the first ‘underwater robot camp for girls’ and thought, ‘don’t be afraid to go to weird places in your mind, you can always come back’. Rather explore than be safe.

But one thing’s for sure, procrastinating won’t get you your next accolade. Five thousand short films were submitted to SXSW; 13 were selected. Rather be one of the 5 000 that tried than the person who earns a black belt in thumb twiddling. I was reminded that fear is not a creative’s bestie, it’s the enemy. And in a country bursting with hungry creative doers who might just beat you to the punch, it’s better to be on the conceptual front foot.

Like the rock band who had the balls to cover Snoop Dogg in that one bar that one night… and who nailed it. Or the guy singing karaoke in a Spiderman costume on the corner that one day.

SXSW was a lesson in standing up and creating the work that makes others go: ‘Man, I wish I did that’.

Want to know more about the Pendorings 2017?