Posted By: Tim Zunckelon: May 12, 2017In: Broadcasting
Print Email 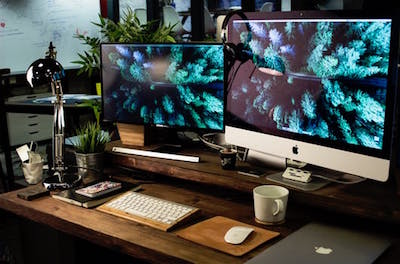 OPINION: The SABC’s acting CEO, James Aguma, has pitched a financial plan for 2017/2018, to parliament. The plan includes amending the Broadcast Act to collect license fees from people consuming SABC programmes on PCs, tablets and cellphones.

South Africans have taken to Twitter to let Aguma know exactly how they feel about his suggestion. There is a general attitude of disdain towards the SABC and the concept of a TV license. Consumers argue that they don’t consume SABC TV, with most viewing taking place via satellite or the internet. Further to this, the programmes viewed exclude any SABC offerings.

It is difficult to argue that the SABC offers consistent, quality entertainment and information across their three terrestrial and one digital television channels, and 19 radio stations. Schedule changes over the last two years have obliterated audiences, and local content policy has severely hamstrung channels. There are some excellent programmes which include news, actuality, drama, soapies and lifestyle. But these are overshadowed by re-runs, confusing schedules, delayed live sport and biased news reporting.

I recently visited several public broadcasters in Europe, including Switzerland, Germany, Sweden, the United Kingdom, Belgium and Ireland. All of these institutions rely on public funding to operate efficiently. The models vary from country to country, but the concept of a license fee remains a constant.

In 2015 the Swiss government held a public referendum on who was liable to pay TV license fees. The big change was to include all households and not only those people consuming content via TV or radio. The referendum was marginally won by those in favour of the changes to include all households in Switzerland. Compared to other European countries, the Swiss fee is relatively high at CHF 451 (roughly R6 000). The reason for this is that they have four official languages, all serviced on radio, television and through the associated on-line platforms. I asked the head of Public Radio at RTS in Lausanne what the compliance rate was. He said, “98%”. I asked how they achieved this. He answered, “It’s easy, we’re Swiss!”

Although people seem to have an automatic grudge against paying license fees, successful public broadcasters rely on this source of income to fulfil their public service mandate. In the South African context, the grudge is fuelled by poor public administration of the SABC, the misappropriation of funds, failure to deliver on mandate, poor content, a lack of strategic investment into the creative and associated broadcast industries, and the fact that the SABC competes with other commercial broadcasters for advertising revenue on TV and radio.

English is my home language and I am hard pressed to find an SABC radio station that caters to my lifestyle demographic with presenters that are also English, first language users. Language and culture are major drivers within the public broadcast sector. They are sometimes intertwined and sometimes separate of each other.

In a South African context the SABC has a duty to foster culture and protect language. X-K FM in the Northern Cape is a prime example where public funds should be used to protect and foster the !Xu and Khwe languages. There is no real commercial benefit in broadcasting to this community. But this does not make their radio and television need any less important. In the same way the BBC curates and broadcasts in Welsh, or RTÉ in Gaelic, and the Swiss in Italian, French, German and Rumansch, the SABC needs to satisfy the needs of all official languages in South Africa.

Several things are necessary to service this need. Besides the relevant expertise and operational skills, as well as strategic ability, money is key. In March this year, Aguma told parliament that the SABC was unsure who had legitimate TV licenses. Shockingly, he said the SABC wrote off R17.7 billion in uncollected license fees.

Should collection be an SABC function?

It strikes me that the core focus of the national broadcaster should be on curating material to broadcast that stimulates and fosters dialogue, culture, language and a sense of being a South African in a local and global environment. There are also strong elements of news, sports and politics that the SABC is responsible to report on. The SABC is also a repository of South African history through audio-visual archived material. It is more than just broadcasting for today. Tracking, collecting and invoicing TV license money should not be part of their core operation.

The current license structure is a shambles. There is a substantial debtors book, a high degree of non-compliance and a massive operation trying to collect money to fulfil a black financial hole. Arguments of, “I don’t watch any SABC TV or listen to the radio” are irrelevant when a public broadcaster is well run and a proud reflection of the fabric of society; past, present and future.

Distribution and consumption have changed. I agree with Aguma when he suggests that people consuming on digital devices must also be included in the license fee. The issue is, however, not who is consuming and on what device. We need to make licensing more universal; where a greater number of people contribute to the collective funding of the SABC. The SABC is, after all, for the people. Why shouldn’t all the people have a duty to contribute to their costs (even if not in equal proportions).

Too much time and money goes into trying to find people who don’t have licenses or who have moved, disappeared or died. There is a massive system that burdens retailers who sell televisions to ensure a consumer has the necessary license in place. Anyone who doesn’t own a TV license will tell you that they borrowed a license from a friend to purchase their new 50-inch smart TV. In the same way, how many old square-tubed boxes are in homes that are also not compliant, as the TV was never formally purchased. Can you imagine if this burden is placed on cellphone and computer retailers?

What about a ‘media license’?

So where must the money come from? I believe the future of the TV license in South Africa is a media license.

South Africa enjoys huge mobile phone penetration with in excess of 80 million mobile numbers in the market (not all active). A simplistic explanation is a license fee that is collected via the mobile network operators on an annual basis and then paid over to the department of communications.

The flow of money will be simplified, as all operators have a way of getting money from the end user (pre-or post-paid). My thinking is twofold: Either charge a yearly media license fee to each active sim card (paid to the network in cash with the sim card being disconnected if the fee is not received). Alternatively, consider a media license levy similar to the fuel levy. For each mobile number that is active on the network a daily fee is charged. The outstanding fee is immediately deducted when airtime is loaded.

This is a simplistic view.

There will be issues from the network operators. It will require an education of the consumer. Infrastructure will need to change to accommodate the daily calculations and there will be a host of other problems I haven’t contemplated. It won’t be an easy implementation or transition and there won’t always be a 100% fair system. It does, however, strike me that for R36 per year the grudge factor would be far diminished and that more people would contribute towards the bigger licensing picture. The issue of where, how and what content was consumed would be irrelevant. If you are connected to the world via a mobile network you contribute.

The SABC has much to answer for at the moment. Another government bail-out is looming and the interim SABC Board probably has more work than could have been contemplated. There needs to be a structural management change at the public broadcaster that impacts its offering and operational management so that confidence in this national asset is renewed.

Let the SABC’s burden be in broadcasting. Let the second screen fund the first!

Tim Zunckel is an independent media consultant with a love for radio. Follow him on Twitter @timzunckel