DRUM magazine: We erred with Arthur cover and story 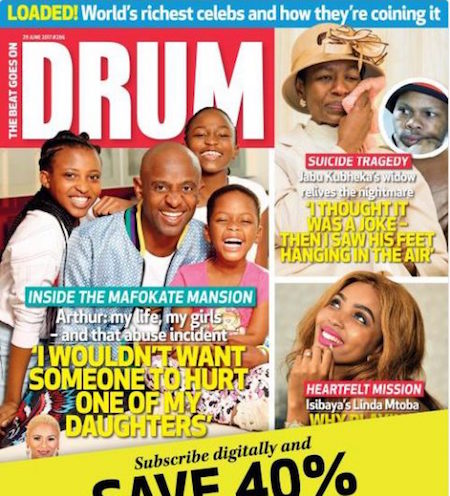 Iconic South African magazine, DRUM, came in for a major backlash last week after publishing a cover featuring kwaito veteran, Arthur Mafokate, and his family. The magazine was accused of ‘whitewashing’ the star’s image after he’d been accused of domestic abuse. 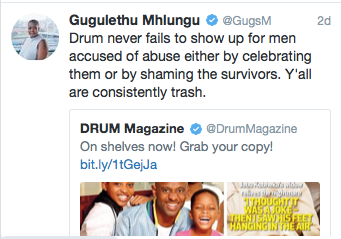 Editorial director of DRUM and YOU magazines, Charlene Rolls, said DRUM was a news and celebrity magazine, so it featured celebrities who are in the news. “We asked Arthur and Cici for an interview following the news in a Sunday newspaper that he had abused her. Cici told us she’s not ready to talk yet – if she had, we would’ve featured her on the cover. Arthur agreed to an interview and we went ahead with that,” she told The Media Online.

“We understand why people are upset. We made a bad judgement call and regret it. We erred – we are human. We hope that this does not negate all the other positive stories we’ve done about women nor the work we’ve done to highlight the scourge of abuse,” she said. 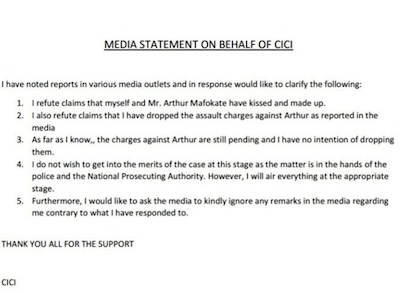 Rolls said DRUM had wanted to speak to Mafokate and Cici (Busisiwe Twala) together.

“We wanted to speak to both of them and have both their stories together. I would’ve loved to feature Cici’s story but we of course respect her decision to talk when she’s ready. When she is, we’ll be there in a flash,” Rolls said.

Rolls said they had not anticipated the backlash when they decided to run the story and the cover. “Hindsight is a great teacher, of course. We are ardent supporters of women and have done many stories about abuse in recent weeks as well as in our next edition. We are sorry for the impression that we were trying to whitewash what Arthur stands accused of – it was never our intention and we apologise in our next edition too,” she said.

“Before we saw the outcry, I’d commissioned a story about the Isidingo abuse storyline with advice for women on where to get help, what to look out for, etc. And in that story we included the recent statistics released about femicide in South Africa. ‪On Sunday morning there were a few more stories about well-known men allegedly hurting their partners in various Sunday papers. We tried to speak to all of the parties involved, as we did with Cici and Arthur, as part of the story we were already working on.” 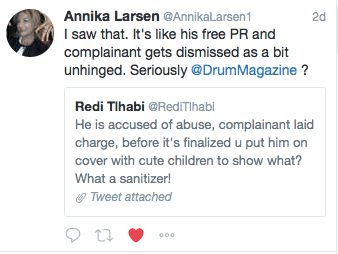 Asked whether DRUM had been approached by Mafokate’s PR or management team to interview him about his family, Rolls was emphatic that “DRUM does not run PR campaigns for celebrities”.

Rolls said her team had been working hard to reposition DRUM as a magazine that celebrates South Africans.

“We have been wanting to showcase black excellence, positive stories, inspirational issues and generally showcasing content our readers love. When we went to interview Arthur and saw his daughters all live with him – including one of his daughters he hasn’t shown before – we were perhaps swept away by that drive,” she said. “We definitely, definitely, definitely did not intend to run a sanitisation campaign for him. That is not what DRUM is about. We would not have written about many of the other abused women, whether celebs or not, if that was the case.”