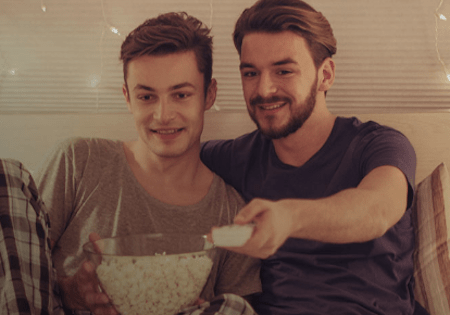 It has been just under a year since PrideTV launched in South Africa, and the LGBT video on demand channel is growing steadily, with subscriptions arising from all over South Africa and Africa.

“PrideTV’s Most Watched Movie List provides insight into the type of content that scores top marks among LGBT people. It further helps promote understanding of the community by casting light on the issues that matter to them. Knowing what strikes a chord with someone is an opener to connecting with them,” says Joanne Raphael Katz, spokesperson for PrideTV.

At the time of the launch of PrideTV in August last year, the channel promised to tell “the stories of Africa’s lesbian, gay, bisexual and transgender community”. At the same time, it said content produced in Africa consisted mainly of documentaries and support of the community for example, ‘coming out’. So to balance the more serious and factual content, Pride TV would source lifestyle/romance, comedy, drama and thrillers coupled with groundbreaking documentaries.

“What’s most interesting about the most watched movies on PrideTV is that the themes deal with the deep-seated issues of being human – they’re stories that are familiar to all of us, no matter our sexual orientation,” says Raphael Katz.

“PrideTV is fully embracing its role as Africa’s flagship LGBT entertainment channel by offering the widest LGBT content while also offering support for issues that affect the LGBT community such as last month’s International Day Against Homophobia, Transphobia & Biphobia that it helped publicise.”

PrideTV is not yet producing its own content “but we encourage and will support local producers and host their content on PrideTV”, Raphael Katz told The Media Online.

“PrideTV encourages anyone interested in building better relationships with LGBT friends, relatives and co-workers to sample the shows on our Most Watched Movie List,” she says.

Anyone can join PrideTV’s community regardless of their location. PrideTV’s premium video entertainment offering costs the equivalent of just R79 a month (or R790 for 12 months with two months free) and viewers subscribe by visiting www.pridetv.co.za. International viewers can pay via credit card in their local currency.

No specialised hardware beyond the viewer’s usual Internet access device is required to access PrideTV. The service can be viewed on smart televisions, desktop computers, laptops, tablets or mobile phones using either iOS or Android operating systems.