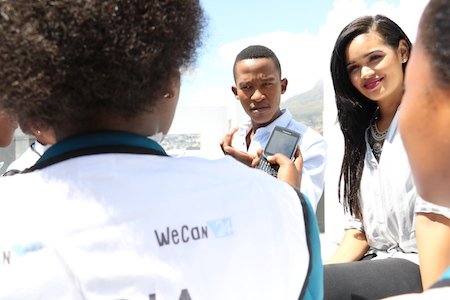 
Good corporate citizens with a strong governance ethos have a responsibility to the country in which they operate, something big media companies have taken to heart.

When over 3 700 residents of Imizamo Yethu in Hout Bay were left homeless and destitute after a fire destroyed 950 shacks in the settlement in March, online clothing retailer Spree.co.za donated over 400 kilograms of clothes as part of the relief effort.

“In our ongoing efforts to make a meaningful contribution to our communities Spree devised the ‘One in, One out’ campaign. Media24 employees were challenged to donate unwanted, gently used clothing in exchange for a Spree mystery discount voucher,” said Media24 e-commerce chief executive, Vincent Hoogduijn. Spree then added over 2 000 clothing items to the employee contributions and Fedex delivered them for free to a drop off point at the Red Cross Society in Wynberg.

Spree’s swift response to the crisis was aided by a Media24 CSI budget that “makes allowance for natural disasters and unexpected crises”, says head of corporate communications, Lea-Anne Moses, adding that the group’s divisions also make provision for these kinds of incidents.

“Recognising Media24’s role as a good corporate citizen within the communities and socio-economic context in which the company operates, we have aligned and focused our CSI programme to address the needs of the communities we serve; address our core business objectives; and ensure compliance with South Africa’s socio-economic and regulatory imperatives,” Moses says. 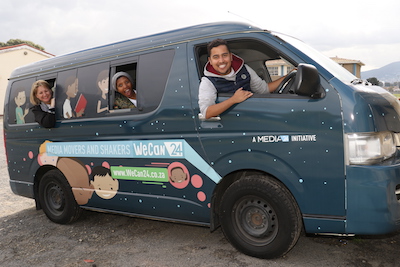 “Our CSI programme WeCan24 imparts digital journalism skills to youth. We also make other contributions to communities; these include, but are not limited to: books and magazine donations, support for non-governmental organisations (NGOs) that work in the education, health or arts sectors.”

Moses said employees at Media24 are “passionate about making a difference in the communities in which we live and work, and as a company we’ve encouraged this spirit through gift-matching (like the Spree example). 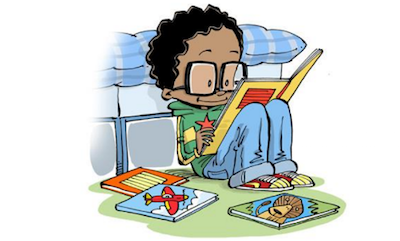 The Tiso Blackstar Group (formerly Times Media) has a major focus on education and literacy in terms of its CSI. It contributes to the Blackstar Foundation, which is a registered non-profit organisation created by Tiso Blackstar Group SE. The foundation focuses on the education needs of under-privileged children. It also sponsors the education of nine beneficiaries at a senior school level and continues to add to this each year. It works closely with the Theo Jackson Foundation, which assists in identifying students that require funding and also works as the intermediary between the sponsor and the student.

It is also the print partner of Nal’ibali (isiXhosa for ‘here’s the story’) which is a national reading-for-enjoyment campaign that aims to spark children’s potential through storytelling and reading. “Children who are immersed in great and well-told stories – in languages they understand – become inspired and are motivated to learn to read for themselves. Nal’ibali produces a bi-lingual reading for enjoyment tabloid aimed at children from four to 14 years old,” a spokesman for the group explained. 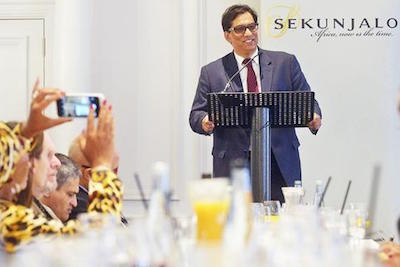 Earlier this year, Sekunjalo (which owns Independent Media), launched what it calls an “impact fund”, with R500 million in the kitty, to “boost entrepreneurship, shore up renewable energy initiatives and support women-owned businesses”. Launching the fund at a pre-SONA lunch, Dr Iqbal Survé, executive chairman of Sekunjalo and Independent Media, said international investors would be invited to join the fund.

“The fund will be run by a management team with social impact funding experience,” Dr Survé said in a statement. “Unlike most funds the focus won’t exclusively be on financial returns, but on the social impact the individual or company makes in improving the lives of people and communities.” 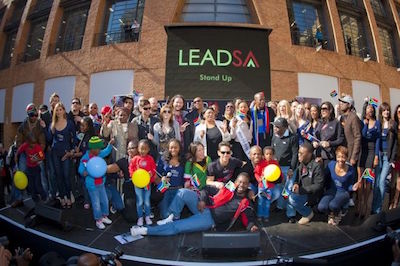 Primedia Broadcasting has always had a strong corporate responsibility focus, highlighted by ongoing programmes such as LeadSA and Crimeline.

But it also has the Primedia Foundation that focuses on “capacity-building, sustainability, promoting socio-economic transformation, and the ultimate self-sufficiency of beneficiaries”.

The company believes good business “cannot be conducted in a detrimental social and environmental context. To be in business is to be socially involved, and we care deeply about the well-being of the communities in which we operate”.

While Caxton didn’t respond to questions on its CSI, its website points to social upliftment as the company’s primary CSI focus.

“Community initiatives visibly demonstrate our commitment to education, job creation, sport and community welfare. This means that we are not only a financially sound corporate citizen but that we are also a socially conscientious one,” it said.

Some of the projects Caxton supports include sponsorship of Dowling Primary School; support of Itshepeng, an NPO organisation that runs a feeding scheme for 500 people five days a week and a maths and science programme helping to educate 200 children each year.

This story was first published in the May 2017 issue of The Media magazine.