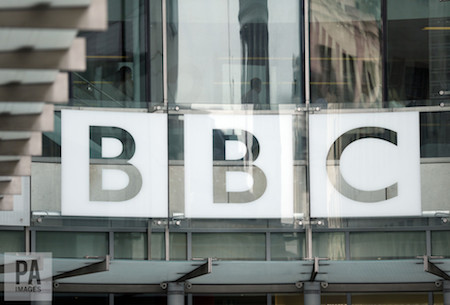 Anyone who seriously believes that a government dictat obliging the BBC to reveal salaries of its top talent was genuinely driven by concerns about accountability should look carefully at those who champion the cause.

The report which details the salaries of those high profile presenters, newsreaders and journalists who earn over £150,000 will prompt wholly predictable denunciations in the columns of the right wing press about overpaid luvvies being subsidised by licence payers.

They will be illustrated with choice quotes from the usual political suspects whose loathing for the BBC is just about exceeded by their contempt for supporters of the European Union.

They are the same publishers, politicians and critics who for decades have used any excuse to rail against an institution held in deep affection by the vast majority of licence payers and commanding huge admiration around the world. For newspapers like The Sun, Daily Mail and Telegraph, there is barely disguised commercial self-interest in wanting the most trusted and popular purveyor of free journalism scaled back to insignificance.

For the right wing of the Conservative Party, there is a deep ideological conviction that private is always better than public, and only the market can deliver value – not to mention a passionate belief in the BBC’s left-wing bias, despite clear evidence to the contrary.

For politicians across the spectrum, there is the discomfort of being interrogated by the likes of Eddie Mair and John Humphrys. This is a measure foisted on the BBC by its enemies, and has nothing whatsoever to do with holding the corporation to account for public expenditure.

Consider for a moment the real argument about transparency and accountability. It is eminently reasonable that licence fee payers should have information about high earners, escalating costs, and gender, age or minority inequalities. But it is perfectly possible to achieve all of those objectives with anonymous data which do not identify specific individuals.

Yes, there is a gender pay gap – which Tony Hall has pledged to eradicate. He and the BBC will rightly be held accountable for that commitment, as they will for ensuring that overall top earners’ pay goes down rather than up. But we really do not need to know how much Laura Kuenssberg earns to make sure the BBC exercises proper stewardship over our money.

Now consider the real damage that these disclosures could inflict.

Competitors will be gleefully scouring BBC salaries for precise information on how they might lure away top talent. That in turn will inflate talent salaries across the board.

Meanwhile, BBC journalists interrogating politicians on, say, their expenses or austerity policies, will be challenged about their own salaries. That would be fine if all journalistic salaries were published – without discrimination between commercial and public sector, print or broadcast. But this puts the BBC at a significant disadvantage when compared to their colleagues at ITV, Channel 4, Sky or in the printed press.

If any more evidence is needed of how we got here, just consider the history of the new BBC Charter which brought today’s disclosures. The former culture secretary, John Whittingdale – long wedded to the notion of a smaller, market-gap BBC – pushed for a disclosure threshold of £150,000. But after personal intervention by then prime minister David Cameron, the BBC White Paper published last year set the minimum at £450,000.

Then came the referendum, Cameron’s demise and Theresa May’s elevation. In September last year, just before May visited Rupert Murdoch in New York, her new culture secretary Karen Bradley announced that the threshold would, after all, be £150,000. Cue much rejoicing among those newspapers and columnists who had done so much to assist Mrs May’s rapid rise to the top.

At last year’s Edinburgh TV festival, ITV’s programmes chief Kevin Lygo called the proposal “mean-spirited”. Tony Hall has said that it will “not make it easier for the BBC to retain the talent the public love”. Conservative peer and one of the most experienced broadcasters and talent impresarios in the country, Michael Grade, has called it “disgraceful”.

The BBC, the talent and licence payers will all lose out. It is a wholly unnecessary and spiteful idea born simply out of political expedience.