VR is no longer an emerging technology – it’s reality! 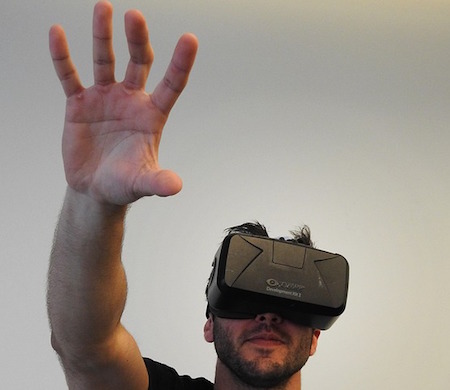 The era of alternative realities – Virtual Reality (VR) and Augmented Reality (AR) – is taking over and what was once considered the future is now here.

Previously limited to the realm of gaming, VR technology is no longer classified as emerging technology and by the end of 2016, widely held opinion was that VR was an established part of the now. One that’s finding its way into all spheres of life, private and commercial, but predominantly in broadcast and content delivery, including marketing and advertising, events, training and education, and narrative film making.

Early adopters have been predicting a collective slide into a VR-enhanced world for years. Founder of Facebook, Mark Zuckerberg, predicted: “One day, we believe this kind of immersive, augmented reality will become a part of daily life for billions of people.” His forecast was on point and is further supported by research that confirms VR’s potential for emotional engagement. A study by ad tech firm YuMe and research firm Nielsen found VR elicited 27% higher emotional engagement than in a 2D environment and 17% higher emotional engagement than a 360-degree video on a flat screen. Adding to this, VR viewers were emotionally engaged 34% longer than when they viewed the same content in 2D and 16% longer than when they watched it in 360-degree video on a flat screen.

Mediatech Africa show director, Simon Robinson says the adoption of this technology has been extremely rapid and the potential user base is massive; anyone who owns a smartphone is a potential end user. “Whether using the technology as intended by full immersion or just viewing in 360 [essentially a byproduct of the technology] – users are driving this tech category through sheer mass demand,” he says.

Despite oversized headsets and unwieldy touch-responsive gloves, the potential of VR technology at events extends beyond its novelty and into value creation and as it becomes more mainstream, it’s providing the opportunity to deliver a rich event experience. No longer a ‘nice-to-have’, event organisers are increasingly integrating VR as a rudimentary element of events. The high-production end of the events industry is looking for that personalised event experience, and VR is more in demand as a result. ABBA’s announcement that their 2018 reunion tour will be a ‘virtual and live performance’ confirms the limitless possibilities of this technology and confirms the uptake of the technology in this environment.

Robinson says, “One thing that’s certain is venues will have to transform so as to meet the more advanced technological requirements that events now require.”

VR is an ideal vehicle for storytelling and high-end experiences and a lot of money is being invested in the technology as brands seek to better engage and connect with consumers. This is further driving the growth of this category. Steven Pinto, CEO of technology company, New Reality, says that many progressive brands are creating and sharing immersive experiences with customers: “Full 360 degree experiences that tap into all the senses, blocking out all external distractions,” he says.

Globally Oreo used it to promote its new Filled Cupcake Flavoured cookies, creating an animated virtual world that took users through a mystical fantasy land complete with milk rivers and chocolate canyons. Mercedes showed off its latest SL model with a virtual drive on the Pacific Coast Highway in California. Users were able to look around the interior of the car, peer up through the sunroof, and watch as the car navigated the road. When transitioned to convertible mode, a glance to the right revealed the Pacific Ocean. Shoe company Toms took users to a remote village in Peru where they could experience a giving trip. Kids then appeared, happy and grateful for the arrival of, and attention from, the volunteers. The immersive experience allowed for incredibly emotional storytelling.

Pinto says, “By creating hands-on experiences, attendees are more likely to cultivate memories and build emotional connections with your brand or event. With the ever growing need to escape, it’s only the progressive who will keep up with the ever growing consumer need to have a deeper emotional touch point with the brands they interact with every day.” Adding to this he says, “In a world that’s physical – brands need to elevate the customer experience to a new reality.”

Workforce training is another area where VR is being used most effectively. Part of its appeal lies in the fact that it’s safe, more accurate, cost-effective, and it has the unique ability to transport you to an entirely fabricated, yet completely real environment which makes it more memorable. It’s also participatory in nature – think simulations – so the tech allows users to experience situations and absorb information in a way that is more effective. It’s highly visual which enhances learning and perhaps most importantly, it’s fun, ensuring better recall. Without doubt, VR will transform the classroom, universities and offices of the future.

Not long ago “immersive”, “experiential” and “virtual reality” were terms considered to be on the outer fringe of film-making but today many believe that film is one of the key outposts of this generally unfamiliar and constantly expanding frontier. The BBC recently reported that analysis shows that by 2021 – the VR industry could generate revenues of U$75bn (£60bn) annually. Not everyone agrees. Some of the old guard in the industry are skeptical of such optimistic projection – including Spielberg – but regardless everyone is keeping a close eye on the rapidly developing world of VR.

Be that as it may, the Tribeca Film Festival which is a fixture for the movie industry is no stranger to immersive and interactive experiences, showcasing works that combined storytelling and technology as far back as 2013. In the first year they only featured five projects where as last year they debuted their Virtual Arcade to make room for the VR pieces. Growing by the year, in 2017 the festival featured 30 innovative experiences from fiction to non-fiction, photorealism to animation, room-scale installations to interactive.

By the same token – in 2016 the Cannes Film Festival screened its first ever VR short films and presentations and just a year later the Festival’s innovation hub, Next, which focused on 360/VR films had a lineup of over 100 works. Again the work was hailed by some as exciting and immersive and a medium that’s full of promise and new direction; an experience rather than a film – while others were less agreeable.

Visual Impact head of digital imaging, Stefan Nell says, “Regardless of your view, when it comes to film, VR has the ability to show us things never seen before and serve up new perspectives on life. And while it’s unlikely that VR will ever destroy the art of cinema or replace it as a medium, it will compete with it.”

Not surprisingly VR has already moved into the world of television and Netflix’s VR app is said to be the best reason to consider getting a Virtual Reality device. With a screen that can be adjusted to larger than your own field of vision, Netflix’s screen immerses you in the movie in much the same way Imax’s massive screens do. Many movies are worth watching in VR, but some make better use of the medium than others.

Nell says: “VR, 360, 360 live, monoscopic VR, stereoscopic VR and immersion, are terms all associated with the broader definition of the imaging trend under the umbrella of VR, which remains a buzzword in the world of imaging and content delivery. Ultimately, leading products and workflows will emerge and others will fall by the wayside. This is quite common with new technology; we have seen it before and will see it again. The important thing to remember is those who set the trends, become the brand leaders.”

Nell believes that when it comes to VR imaging systems in the digital Imaging market – there is currently a jostling for position in all the spheres of the market.

“Whether VR lasts or is replaced by an alternative technology is unclear but right now there is huge demand and as a result there is an equally large push for content creation systems and content to drive this trend,” says Nell, adding that VR requires a new breed of content directors who must consider the use of audio and language, which are critical for guiding viewer attention and narrative flow. “They must also leverage new techniques while re-considering what may not translate well from linear environments. Immersive environments create new challenges and opportunities for those directing content creation.”

Nell believes the producers of content seem to be lagging when it comes to VR but he adds that this is starting to change as more service providers are able to service VR equipment and support the industry’s technical requirements. “This is removing barriers to entry and opening up new avenues so that more contenders can venture into the new and exciting world of immersion. A world that brings with it a new way of looking at content pixa, creativity and technical skill sets,” concludes Nell.

To experience the immersive world of Virtual Reality – visit Mediatech Africa between 19 – 21 July at the Ticketpro Dome. Step into a world where the interaction with Dinosaurs, Avicci and Obama are no longer distant fantasies but within arm’s reach. Experience a New Reality in which you have the choice to walk in the streets of London, pop over to Meteor stricken China Town, LA or discover the cold lairs of King Louis ruin Palace. Let VR create an alternative world in which you can play to shape your chosen reality. Book your chosen reality by visiting the new Reality stand at Mediatech, to unlock a new form of engagement and immersion.

To register for Mediatech – sign up free by 14 July: //event-rsvp.com/MediatechAfrica2017/. Alternatively SMS your email address to 30529 to receive a link for easy registration on your mobile device.