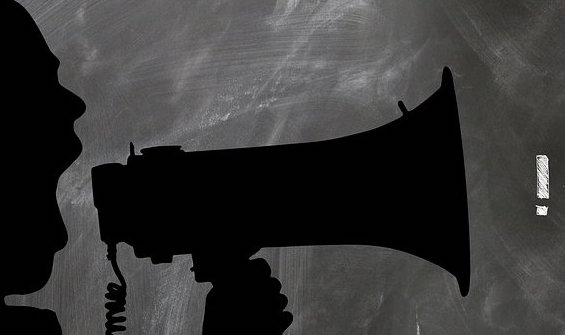 Gail Schimmel, advertising law specialist and acting CEO of the organisation since June, says the ASA had become “removed from the industry and somewhat arrogant. It is my belief that the ASA is essentially a servant of the industry, and we are trying to rebuild relationships and reignite the feeling in industry that we ‘belong’ to them,” Schimmel told The Media Online.

Schimmel says a business rescue plan was accepted at the ASA’s annual general meeting in April. Since then, a new board has been appointed; 14 people retrenched, including two with the highest salary packages; an acting CEO was appointed; 60% of its premises given up and monthly costs interrogated and lowered.

Schimmel says she took the job because the ASA needed a person “willing to drive the regeneration and particularly the fundraising, and I put my hand up”. The ASA was set up in 1968 as the advertising and communications industry’s accredited instrument of self regulation.

The ASA has been in a perilous state for several years. It has been accused of mismanagement and a lack of transparency and of being a tool for disgruntled to settle scores cheaply. It has been going through a major funding crisis after major funders pulled out. By February 2015, it was at the point of closing its doors. Then CEO Thembi Msibi and chairman of the board, Nkwenke Nkomo, in a letter to the ACA, said they had decided to come clean about the “operational situation” because of what they call a fundamental and underlying problem, that “a professional, self-regulation body, with the mandate and responsibility of the ASA, cannot function on the operating capital currently provided by our funders”.

By November last year, the ASA’s board of directors placed the organisation in voluntary business rescue. This was the result of it losing funding from a SAARF levy, part of which went to research and part to the ASA. “When this model began to fall apart, the ASA management and board at the time failed to react timeously. After a number of years of interim solutions, and a mismanagement of the ASA finances during that time (aggravated by litigation), the ASA was put into business rescue,” it says in a document outlining the ASA’s business challenges, and possible solutions.

The ASA’s major challenges it needs to address are, according to Schimmel:

“The idea is that once legacy debt is settled, and an interim mechanism is in place, we will have the freedom to debate and agree on the ideal long term model. Given that the industry buys into the need for self-regulation, we do not foresee a problem setting up this model,” the document says.

Schimmel elaborates. “The ASA is now at a critical point. We have raised almost R4.5 million, enabling us to remain open and even start paying some legacy debt. However, it is not enough,” she says. “The willingness of those big name marketers who have not yet supported us will become crucial in the next month, as will the willingness of the industry to move quickly on a funding model. As an industry and as an organisation, we have already achieved what many thought to be impossible in our efforts to save the ASA. However, what happens over the next few months will decide whether the organisation – and therefore self regulation of advertising in South Africa – is indeed saved.”

Schimmel believes the ASA has to maintain its independence and the self-regulation model. Schimmel was responding to a question about whether the ASA should become a recognised ombud, as per a notice issued by the department of trade and industry. The organisation would then no longer be a not-for-profit company, but an entity that has the backing of a statutory body.

“For me, the ASA is all about independence and self-regulation. This is why, personally, I am not sure about accreditation in terms of the CPA and wish to proceed very carefully. However, I will be guided by what industry wants,” she says.

The ASA’s business challenge document outlines a number of consequences should self-regulation collapse.

While the ASA under new management appears ready and willing to change with the times and take on its role with renewed vigour, what of the media, creative agencies and marketing industries? Media analyst Chris Moerdyk has frequently taken the sector to task for its apathy.

Not an apathetic industry

“This has been one of the myths that has emerged,” says Schimmel. “Yes, on some levels, there is an apathy. But that apathy results from industry being out-of-touch with the ASA and poor communication from the ASA. We need to remedy that. That all being said, the industry have already contributed around R4.5m – that is not a sign of an apathetic industry, but rather one that is willing and committed to support self regulation. It is very exciting for us going forward. “We are also speaking directly to entities like Facebook and Google. It’s a challenge – one that ASA’s the world over are facing – but it is not insurmountable,” she says.

The ASA now has two fundraising plans in place, says Schimmel. Firstly, the prepayment of filing fees. “By calling on marketers and agencies to prepay filing fees, the ASA hopes to raise a bulk of the necessary R10m. This system means that marketers and agencies will be able to use their credit to file future complaints. Payers also get the right to use an ASA supporter logo and are listed on the website once payment is received,” it explains in the business challenge document sent to marketers.

The second is ongoing interim funding. “The ASA has made exciting strides in setting up an interim funding model. The current proposal is to place it at media buying agency level, and have it in the form of a 0.1% deduction from the rebate that marketers normally receive. We will be seeking consent in this regard once the mechanism is set up,” it says.

The ASA has recognised that some marketers are understandably afraid that if they contribute a large amount, the ASA could still be liquidated. The ASA have suggested the option to make a payment monthly, over the next year. “Because we need certainty, and simplicity of collection, this option is open to those who are willing to fund a larger lump sum a month over the next 12 months. This means that your overall donation will be generous and go a large way to saving the ASA – but your risk will be lowered. If the ASA closes after one month, your loss is limited. The amounts can still be regarded as prepaid filing fees,” it explains.