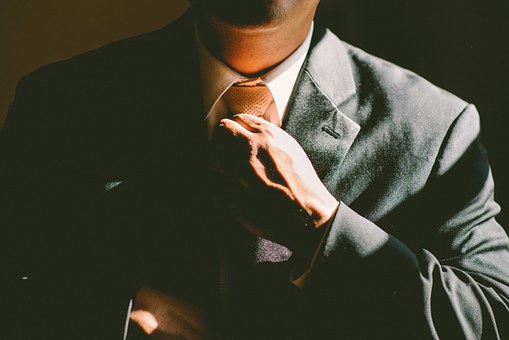 South Africa is reeling from a string of scandals involving state owned enterprises and the Guptas, a family with close ties to President Jacob Zuma. A trove of recently leaked Gupta emails exposed the involvement of prominent businesses in the extensive corruption networks. Sibonelo Radebe asked Mills Soko to explain the implications of the scandals.

What do you make of the situation?

If nothing else, the Gupta leaks have shown us how perilously close South Africa is to losing everything so many people fought so hard for. Not only does corruption divert capital allocated for public services away from the poor, it hollows out important state institutions and, ultimately, frays the social and economic fabric of the country. It threatens the hard won democracy and political stability.

The ongoing revelations around state capture and patronage are giving South Africans an unprecedented and frightening glimpse into the machinery of corruption. The most unnerving element of the emails is how many of the transactions appear blatant and almost casual. The absolute cynicism and lack of ethics revealed in this correspondence is breath taking.

What we do with this knowledge as a country is going to count for everything. As a business community we can look away and call these tales of corruption isolated incidents – or we can step up to ensure that our organisations hold themselves to a higher standard. Most critically the law must take its course.

What does it tell us about the role of business?

The emails remind us that in any corrupt interaction it takes two to tango. And while governments and public money are so often at the centre, the enablers of corruption are not in government but in the private sector.

With the Gupta’s at the centre of the rot, prominent international companies like accounting firm KPMG, consulting giant McKinsey, ICT player SAP, engineering company Liebherr and capital equipment manufacturer Shanghai Zhenhua Heavy Industries have been implicated in the mounting scandal. It’s worrying to see that companies of such calibre can be involved in such nefarious activity.

Corruption is, of course, not a new phenomenon – and nor is it unique to South Africa, as the Global Corruption Index shows. But certainly, the scale of what is going on in South Africa right now is unprecedented.

How do you rate the responses by the implicated businesses?

Companies have scrambled to distance themselves from the reputational firestorm that the Gupta leaks have unleashed. McKinsey acted promptly to suspend Vikas Sagar, a director in its South African office, to allow an internal investigation to proceed. For its part SAP, which originally denied the allegations, has similarly suspended South African staff while launching a full anti-corruption investigation , which is to be carried out by a multinational law firm and overseen by its executive board member Adaire Fox-Martin.

It’s convenient to blame these incidents on bad apples. But this doesn’t get below the surface of what is really going on. The scale of the corruption and the apparent ease with which it has been unfolding speaks to the fact that something is very wrong with the system. And it highlights an utter lack of business ethics and governance failures. This isn’t something the country can afford.

What should be done to root out the corruption?

While all of this may seem overwhelming, what is unfolding also presents the business community with an opportunity for some introspection. Calls have been made for greater purpose and responsibility on the part of South African leaders.

But how can we make sure these fine words and intentions are internalised? How do we make sure as a country that our business as well as our state institutions are committed to not allowing this to happen ever again?

Educational institutions, business schools in particular, are positioned as a first-line duty in making sure that graduates are equipped to recognise and reject corruption in any form. The country needs business leaders who are committed to building sustainable and profitable businesses but who are also mindful of their social and ethical obligations.

Citizens as workers and consumers also have a significant role to play. As individuals working in companies and purchasing goods and services from companies, they can condemn unethical behaviour from companies. This was partly reflected in how the general public put pressure on Bell Pottinger the UK based public relations firm which did work for the Gupta’s.

By rounding on Bell Pottinger, effectively causing the company to lock its Twitter account and issue a formal and unprecedented apology to the country (even though they also blamed the fiasco on bad apples rather than the system), South Africans have shown the power they can wield when united against wrongdoing.

But the country needs to go further. While government and business have not enjoyed the best relationship in recent times, they need to bury the hatchet and come together to fix the inequalities in this country. Deep divisions have laid South Africa open to the kind of racist exploitation that Bell Pottinger unleashed.

Until the country rights this situation, it will continue to remain vulnerable to these kinds of nefarious influences. South Africa needs to be united in the spirit of building a country that works for everyone – not just a select few. Things are broken, yes – but it’s not impossible to repair the damage.