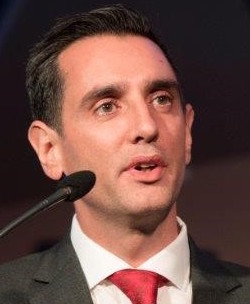 Effective immediately, Mauro Black (left) is the new managing director of ZAlebs, responsible for not only its continued growth in South Africa but also heading up the company as it seeks to expand throughout Southern and Sub-Saharan Africa. ZAlebs’ total monthly engagement continues to be in excess of 10 million young black South Africans.

“I am very happy to join such a young and dynamic website that enjoys impressive popularity, and I know I can contribute to making ZAlebs an even stronger, more modern and diverse brand focused on giving our audience what it wants,” says Black.

Gisele Wertheim Aymes, an additional partner in the company, explains: “We are very excited about the phase ZAlebs is in right now, and the excitement and experience Mauro is bringing to the team. The South African media landscape has shifted dramatically in recent times, and traditional marketing and sales strategies have to be combined with more dynamic content and experience offerings. This is where ZAlebs is and will be strong.”

The ZAlebs audience is 90% in South Africa, over 90% black and between the ages of 18 and 35 years old – there is a huge potential for advertisers who want to collaborate with us and engage with our audience. This is one of the largest sites in South Africa and growth will continue, Black says.

André van der Veen is the new CEO of eMedia Holdings. The company’s main asset is a controlling stake in eMedia Investments, which owns e.tv and eNCA.

“e.tv and eNCA are South African institutions which play a critical role in our society providing independent news coverage and entertainment to millions of people. These brands are loved and respected by South Africans and I look forward to working with the eMedia management team and the employees as we navigate the fast changing media landscape,” Van der Veen says.

Van der Veen takes over from Kevin Govender, who has led the company for the past two years in an acting capacity. Govender will remain on the eMedia Holdings board as a non-executive director.

Khalik Sherrif, current chief commercial officer, has been appointed to the position of deputy chief executive officer. Sherrif has a range of academic qualifications including an MBA and has worked in the media industry for more than 25 years.

The roles of Mark Rosin as Chief Operating Officer and Antonio Lee as Chief Financial Officer will remain unchanged.

As the IAB SA celebrates its 10th annual Bookmark Awards, it bids farewell to longstanding Jury President John Dixon, who has served for the past four years, and welcomes Jerry Mpufane as Jury President for the #Bookmarks2018

“I am personally honoured to be able to lead the Bookmarks in the Jury President role. It is my sincerest hope that my varied experience, having judged at many creative festivals, will add depth to an already strong jury line-up,” says Mpufane.

This year represents a phenomenal landmark for The Bookmarks as it approaches its 10th year as SA’s most coveted awards ceremony in the digital marketing and media industry. The Bookmarks rewards excellence in digital and recognises the powerful impact interactive has on the overall marketing mix.

“The Bookmark Awards sets the benchmark for the industry by celebrating award-winning work that inspires and educates the market about the power to build brands through creative, high-impact digital executions that deliver measurable results,” says Mpufane. 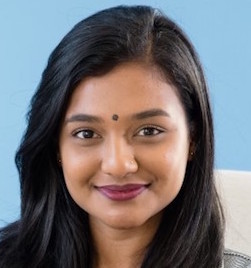 “Tyashnee has shown potential and commitment to plan, create and deliver exposure for her clients. Her willingness to learn, be an active team member and build relationships with her team and peers is truly valued,” says Kelly Webster, account director at Tribeca.

Keenly aware of the need for a robust approach to skills development, Edelman SA has announced the promotion of eight staff members as the company provides ongoing opportunities for employees to progress and flourish. 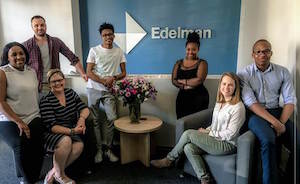 “We aim to offer the best possible service to our clients and we also aim to see our teammates grow into new roles and take on new responsibilities. We have a tremendous team of talented individuals who embrace the Edelman ethos of taking calculated risks while creating authentic conversations that help evolve, promote and protect the brands and reputations of our clients,” said Edelman SA MD, Jordan Rittenberry.

For those fans that cannot wait to meet Bliss, the all-new 5-episode Powerpuff Girl special will premiere at the DStv Delicious International Food & Music Festival on Saturday, 7 October in the Cartoon Network screening area located in the fun-filled Kids Zone.

Commenting on her role as Bliss for the African Continent, Delazy says, “I have always wanted to be a voice-over-artist for a cartoon character, this has been something I have wanted to do ever since I was a child. Never did I think I would be recording a voice over as the new Powerpuff Girl for Cartoon Network Africa though! It is an honour to be associated with the campaign and to represent Cartoon Network on the African continent again.”

After concluding a series of black economic empowerment (BEE) transactions that have led to an influx of top black professionals into its leadership ranks, leading South African advertising agency Ireland Davenport (ID) has scored its highest BEE rating since its inception 12 years ago.

Ireland Davenport (ID) has been awarded the coveted B-BBEE rating Level 1 contributor by leading Sanas rating agency, joining the club of the most transformed and empowered companies in the marketing, advertising and communication (MAC) industry.

As a result of ID’s decision to bring black partners into its ownership structure, the award-winning agency’s rated black ownership has increased to 51% from 25.1%. With ID now rated as 51% black-owned, it means that the agency has exceeded the 45% black ownership target stipulated in the MAC charter, which has to be achieved by the industry by 31 March 2018.

“We are extremely thrilled by the progress we have made in a short space of time to reach our transformation targets. Our efforts have culminated in ID attaining the Level 1 B-BBEE status, which is a historical milestone for the company as it has never been achieved before. We have transformed ourselves into a black-owned and operated agency that is committed to serving the needs and aspirations of our clients from all walks of life,” said Brenda Khumalo, who recently joined ID as acting managing director.

Other black industry veterans who have joined the agency’s leadership and senior management are Mosidi Seretlo, who serves as non-executive chairman, and Qingqile ‘WingWing’ Mdlulwa, who is the executive creative director.

Co-founder John Davenport, who has overseen ID’s growth since its establishment in 2005, is still part of the agency and currently serves as an executive director while Sharon Bergmann holds the position of chief financial officer.

Taryn Uhlmann, executive head of content at Discover Digital, says the far-reaching MoU will see the two companies collaborating on a number of projects, including upskilling young creatives in SA’s townships and hosting a Hashtag Africa branded section on Discover Digital’s DEOD service.

“This mutually beneficial partnership will generate socio-economic benefits, skills development and growth of the entertainment sector overall. Importantly, it will provide a broader platform for South African stories to be told, and give local viewers more choice in entertainment,” says Uhlmann.

Apollo Zake, chief creative officer of Hashtag Live, says that both companies believe collaboration has the potential to change the lives of the greater South African content producing community through digital transformation, particularly in the townships where content and video on demand (VOD) can be used as a tool for upliftment.

Havas Boondoggle has been shortlisted for five awards in the 2017 MMA SMARTIES, the only global awards programme that recognises and celebrates innovation and creativity in mobile marketing. The five shortlists are for The Big O, a campaign done in 2016 for condom brand, Durex. The MMA SMARTIES announced the shortlisted agencies and their campaigns last week, ahead of the final event set for a date in November 2017 where winners will be announced.

Speaking of the announcement, Havas chief creative officer, Eoin Welsh, said, “It’s fantastic to be shortlisted in these awards, it means that our work is recognised and counted among the best future-facing work in marketing. It’s a great affirmation of our identity as the agency that helps clients stay relevant today and fluent in tomorrow. The work behind the campaign ‘smashed’ the usual silos and got different disciplines within the Havas Village collaborating seamlessly and successfully to great success.”

The Big O was shortlisted in Brand Awareness, Lead Generation, Cross Mobile Integration, Mobile Website and Mobile Social categories. Each of the categories speaks to collaboration across more than one discipline, bringing together the best of content, digital, design, media, public relations – every element from marketing.

The Big O campaign’s bottom line was to introduce Durex to seven African markets, and get them, along with an existing three markets, totalling 10, to engage with the brand and purchase its products. Durex built on the ‘national spirit’ that was sweeping the world during a major sporting event in 2016, and turned sex into a sport.

Targeted countries took to a video challenge challenging people to showcase why they are Africa’s greatest lovers, with the mandate to do ‘it’ for their country through engaging with witty content that blurred the lines between sport and sex. People engaged over three weeks; Nigeria, South Africa, Angola, Kenya, Ghana, Botswana and other countries engaged and one-upped each other, spurred on by regular witty content on Facebook and Twitter. An orgasm leaderboard was used to track engagement, linking to sales, and over 230 000 people visited the campaign microsite, the challenge video was viewed over 2,3 million times with an engagement rate of just over 14%. In total, across all campaign elements, the campaign had over 158 million impressions, reached over 21 million people, with 3.1 million people in total, engaging, and resulted in a 37% increase in sales.

Mental availability: What is it and why does it matter for brands?

SPARK Media will once again be hosting a much-anticipated and enlightening Ehrenberg-Bass Institute (EBI) presentation on 3 October in Durban, 5 October in Johannesburg and 10 October in Cape Town. The international speaker, Dr Justin Cohen, a senior marketing scientist from the Institute, will be putting forward the evidence-based case for why ‘Mental Availability’ (being thought of in a buying situation) is one of the most important elements for brand growth.

Contemporary marketing theory places emphasis on principles such as brand attitude, engagement and preferences. Cohen will provide pragmatic and empirical evidence as to why this theory is outdated and why the new world view of “being thought of in a buying situation” is more important for our marketing outcomes and brand health.

SPARK Media and Caxton are firm believers in this evidence-based marketing and are thrilled to be hosting another EBI academic to share their ground-breaking insights with the South African marketing and communications industry.

Gill Randall, SPARK Media’s Joint CEO, says, “We have been members of the Ehrenberg-Bass Institute for the last 15 years, which has given us access to their wealth of research on consumer behaviour. The EBI is the world’s largest centre for research into marketing. Their expert team of marketing academics are building a culture of evidence-based marketing, giving us powerful insights into how marketing really works and how brands grow.”

The Vega school located in Bordeaux has recently expanded and upgraded their campus facilities.

Vega, a brand of The Independent Institute of Education (The IIE), has invested in upgrading classrooms, learning centres and communal spaces throughout the year, incorporating various design factors that aid effective learning.

Prospective students and parents are invited to visit the newly renovated campus for a first-hand glimpse at the new facilities and what a day in the life of a Vega student is really like.