The Southern Africa Freelancers’ Association (SAFREA) mourns the passing of one of its founding members, well-known international photographer, Geof Kirby. Kirby passed away in Cape Town last week after a short illness. He leaves his wife, Ruth and other family members who live in the UK, including his elderly mother.

“At the time of his passing, Geof was working very hard in representing the rights of freelancers and other photographers in Parliament on the Draft Amendment Bill to the Copyright Act of 1978, where he was engaged in making representations to the Parliamentary Portfolio Committee on Trade and Industry,” said colleague and fellow SAFREA member, Gareth Griffiths.

“Geof’s passing is a blow to the entire community of freelancers in South Africa, but in particular to the photographic world where he very unselfishly championed their rights for several years,” said Griffiths.

“Media workers and photographers in South Africa have lost a great friend. We mourn his passing.”

The Tiso Blackstar Group has given its flagship automotive title, Sunday Times Motoring, a minor facelift and a more prominent position as of September 2017. 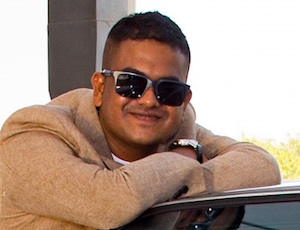 Lifestyle Motoring will be edited by motoring journalist Brenwin Naidu (left), who was appointed editor of the supplement’s predecessor when it was first launched in September 2015. “There remains a strong appetite for credible, quality motoring content in our car-crazy country – and we are raring to keep it satiated with this exciting new move towards a larger audience,” says Naidu.

Naidu continues in his duty as the editor of the weekly motoring sections in The Times and Sowetan newspapers, in addition to his role as a contributing presenter on the IGNITION television channel, also owned by Tiso Blackstar Group.

The first edition of Lifestyle Motoring will feature on 24 September 2017. It will be published in the last edition of each month.

In its previous format, Sunday Times Motoring was a standalone supplement aimed towards the subscriber base of the newspaper. The decision to insert the title into the total print run, within the platform of Sunday Times Lifestyle, is primarily underpinned by reader demand, in addition to further enhancing its attractiveness to advertisers. With the move comes a change in moniker.

“As the Sunday Times we have been focusing on and making huge investments in content in a way we have never done before,” says Bongani Siqoko, editor-in-chief of the Sunday Times.

“Our decision to extend the reach of this supplement to the entire run of the Sunday Times is further proof of that. We also realise that there is a lifestyle element to motoring that we have not yet explored. This change will allow us to make motoring exciting for all our readers.” 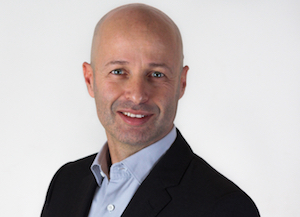 PCI DSS is the highest privacy and security standard in the payments industry and applies to entities that store, process or transmit cardholder data or sensitive authentication data. The certification is administered by the PCI DSS Council, which was founded by Visa Inc, MasterCard Worldwide, American Express, Discover Financial Service and JCB International.

“As Direct Pay Online, our goal is to keep up with the highest level of security, privacy and standards, in any market we go into. We process merchant payments from all major credit cards, mobile money and e-wallets, and ensure that their data is protected. This compliance certificate demonstrates that our systems are up to par with international security standards,” Eran Feinstein (above), the DPO Group CEO said.

Digital Technologies & Video on Demand solutions provider Discover Digital has brought a new level of simplicity to billing interfaces to market with the launch of its Common Operator Billing Interface (COBI) solution.

COBI, initially designed to meet the needs of Discover Digital’s telco clients, is proving so effective as a billing and payment switch that it is now set to benefit service providers across multiple industry verticals.

Stephen Watson, Executive Director of Discover Digital, says COBI was developed to address the challenge of integrating multiple partners’ billing systems. “In our work with telcos on taking a digital Value Added Service (VAS) to market, one of the key processes is billing integrations. Telcos typically have a number of billing partners like banks for credit card merchant services; third party voucher service; and the telcos’ own BSS partners for Charge to Bill, data balance debits or mobile wallets. What ends up happening is you might have up to nine integrations into your VAS solution.”

COBI is not unique to the digital services industry and can be rolled out for any industry as a middleman between a service and third party vendors.

Produced and conceptualised by Raizcorp, ENGEN Pitch & Polish with media partner, Caxton Local Media, has launched a national campaign in September 2017 thanks to sponsors Engen Petroleum Ltd and Nedbank. Celebrating its eighth year, the workshop and competition promises to be bigger and better for entrepreneurs across the country, and features best-selling author and international speaker Justin Cohen as the facilitator. GreenQueen Communications will be managing the public relations for the seventh year in a row.

Breaking barriers, right on the money

From an audience of around 123K unique users in March 2016, SABN’s readership has consistently grown, reaching over 522K monthly users in June 2017. Perhaps more importantly, beyond just seeing the number of visitors to the site increase, the SABN team has more than doubled reader engagement from 1.5 page views per session last year, to over 3.5 pages per visit in recent months, generating a whopping 2.77 million page views in June 2017 alone. Good news for advertisers who wish to reach this young, urban, informed and economically active audience.

The most remarkable thing about SABN’s growth, however, is that it was all achieved organically – driven by an improved and highly focused content strategy.

“When we inherited the site, the focus was immediately placed on organic growth. We needed to build credibility and a stable audience,” says Deseré Orrill, Group CEO. “We needed to turn our attention to building a community, which is what we have achieved and is now evident in not only the numbers, but the engagement.”

“Small details in social media posts are hugely important. Asking a question or presenting a user with a call to action – instead of just pushing a headline – created a 45% increase in engagement on our social media posts,” explains the site’s editor, Siyabonga Mchunu.

Primedia Outdoor and the AAA School of Advertising have announced a partnership that will help to bolster education in the extended media and advertising industries of South Africa.

The partnership will result in four students from disadvantaged backgrounds being granted scholarships for full time study (up to three years) commencing in 2018, at the prestigious AAA School of Advertising. Students will be able to apply for either a BA in Marketing Communication or BA in Creative Brand Communication degrees. The school offers students the opportunity to become innovators of the future by learning from today’s legends in the advertising, marketing and communications industries.

The partnership also means that staff members of Primedia Outdoor can upskill or refresh their talents by attending short courses that range from Analytical and Financial Decision Making to Creativity and Problem Solving.

“We are passionate about education,” says Peter Lindstrom, Executive: Sales and Marketing at Primedia Outdoor. “This is why we are proud to partner with the AAA which has an excellent reputation for turning out graduates who are smart, capable and industry ready.”

“In the past we focused our CSI on providing school bags and stationery to selected schools, but have shifted our focus to increase the sustainability of our efforts, which now include food gardening and our partnership with AAA.”

Applications for the bursaries open in September. For more information please email bursary@aaaschool.ac.za or contact the Campus Registrar’s office on (011) 781 2772.