Ruda Landman, presenter of the popular lifestyle programme VeranderDinge on kykNET, will soon be handing over the reins to well-known radio presenter, Amore Bekker (right). 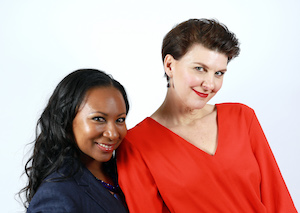 Since it first aired three seasons ago in 2015, VeranderDinge has covered a wide variety of interesting individuals, trends and topics to inspire viewers to embrace Change in their lives. It is co-presented by Eloise Cupido (left) and sponsored by BrightRock, provider of the first-ever needs-matched life insurance that changes as your life changes.

“I have so enjoyed my time on VeranderDinge and my return to Sunday night TV. The show has such a novel approach to lifestyle programmes, and it was a great privilege to be given a glimpse into other people’s lives. That said, I feel it’s time to get involved with other projects,” says Landman.

Bekker is best known for her popular drive time show on RSG, Tjailatyd, which has endeared her to Afrikaans audiences for the past 13 years. It’s her first stint on television in over 20 years. “I am thrilled to be presenting VeranderDinge, as I have been a fan of the show since its first season. Much of what viewers love about it will still be there, but of course we have made some changes to keep the show fresh. Change, after all, is the subject of the show!” 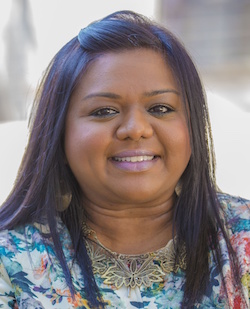 Ogilvy Public Relations has announced the appointment of Cheryl Reddy (left) to its board of directors. Reddy – who has been with the agency since 2011 – is currently a business director and lead for the agency’s corporate practice.

Reddy holds a BTech degree in journalism and a marketing management diploma. She has 10 years of journalism experience, five of which were in the capacity of editor. She has solid experience in construction, mining, architecture consulting engineering and business journalism.

On being appointed to the board, Reddy says, “It affords me the opportunity to give my input into the entire business and deliver progress against our key strategic priorities. We are building an agency of the future and I am so proud to be part of the team making this happen”.

With more than 15 years’ experience as a marketing manager and client service professional, Ulrike du Toit (below) has joined Sprout Performance Media as digital operations director. 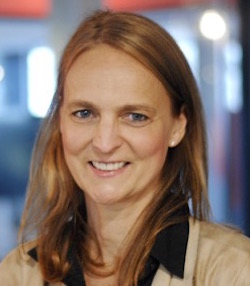 The programmatic media buying agency has grown significantly since it was founded in 2013, and having Du Toit on board will assist Sprout in optimising its service levels on both the client service, and campaign management side.

Stijn Smolders, Sprout CEO commented, “We are delighted to have Ulrike join our team. Not only does she complement our agency culture, but she brings an abundance of experience and talent that will provide the support and structure that the busy agency needs.”

Du Toit understands the full marketing spectrum having built up a career working on client side. She’s also worked in small to medium sized agencies, as well as in global networks before moving into business operations on a senior level. 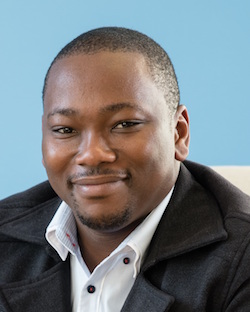 Tribeca Public Relations has appointed Mosa Mokone as an account executive. Mokone joins the Tribeca consultancy team that works on a wide range of accounts, including the Peermont Hotel Group, Platinum Seed, Targus and TomTom.

Mokone joined the PR industry in 2011, and has considerable experience in sport and gaming PR, in agency and on client-side, including work on the likes of the Nike Most Wanted Tournament, the Nike Soweto Marathon, Nike Day of Play, and kit launches for Kaizer Chiefs and Mamelodi Sundowns.

He holds a BA in Corporate Marketing and Communications from the University of the Free State.

To fulfil client demand, Boomtown needed to secure the talent to expand the teams’ skill set and man-hours, Andrew MacKenzie, Boomtown MD explains. “Lara-Anne’s studies in psychology, her decade of creative experience and her analytical, process-driven approach will prove invaluable and add to the department.

“Strategy and consumer insight is vital to success, and an increasing number of clients are realising the value of investing in uncovering consumer insights to communicate effectively in an ever increasingly cluttered market place,” he said.

De Beer’s creative prowess has spurred internationally successful campaigns for Boomtown clients and has proved himself in leading teams through projects and delivering award-winning campaigns on time and in budget. “The step into creative group head is a natural one for Nick, and is an exciting career development for him. There will be new challenges, but we’re all looking forward to working with and supporting him in his new role.”

Darren Leishman, MD of Spitfire inbound, will serve as the South African representative to the HubSpot Partner Advisory Council (PAC).

HubSpot is a global marketing and sales software developer, and the founder of the Inbound Marketing movement. In this position, Leishman will collaborate with HubSpot partners from around the globe, as well as the HubSpot executives. In order to provide insights into how HubSpot can expand its footprint on the African continent, and assist in revolutionising the African digital marketing landscape.

Editor of Vanity Fair, Graydon Carter, to step down after 25 years

The editor of Vanity Fair, Graydon Carter, has announced he is stepping down after 25 years at the helm of the iconic magazine.

“I’ve loved every moment of my time here, and I’ve pretty much accomplished everything I’ve ever wanted to do,” Carter said in a statement. “I’m now eager to try out this ‘third act’ thing that my contemporaries have been telling me about, and I figure I’d better get a jump on it.”

The announcement was released via the New York Times, which reported that Graydon Carter, one of the last celebrity editors, was ending his 25-year reign at Vanity Fair in December. It said the 68-year-old media icon wasn’t retiring, but wanted to leave “while the magazine is on top.” The “Grexit” is finally here, the publication said.

Born in Canada, Carter moved the United States and began working for Time as a writer-trainee, where he spent five years. Carter was editor at the New York Observer before being invited to Vanity Fair to take over from Tina Brown, who left for The New Yorker. He has been the editor since July 1992, with successes during his tenure including winning 14 National Magazine Awards and being named to the Magazine Editors’ Hall of Fame

Following a competitive, five-way pitch process for the iconic Windhoek Beer brand, M&C Saatchi Abel Johannesburg has been appointed as the lead agency to drive the brand’s growth. The agency will be tasked with building on the brand’s legendary intrinsic story and with continuing to develop a powerful emotive connection with its various target audiences across South Africa and Namibia.

“M&C Saatchi Abel demonstrated a strong creative and partnership approach. The agency team displayed a keen ability to cut through the clutter and land on a powerful idea for Windhoek Beer.  We are confident they are the right partner to assist us in our journey to continuously grow the brand and further entrench it as an icon of quality and craftsmanship”, says Dana Katz, Windhoek Beer marketing manager.

The Windhoek Beer win comes five months in for M&C Saatchi Abel’s newest partner and ECD, Adam Weber, who together with Makosha Maja-Rasethaba, group head of insights and Alan Bell, MD for the Johannesburg agency, will lead the account.

With media agency OMD as a headline sponsor, the ABF is looking forward to hosting media and creative agencies, and media owners at its next fundraiser on the 28th September. Cash prizes are up for grabs for first, second and third place.

“We rely heavily on participation from our advertising and media industry contacts in order for the ABF to continue assisting our colleagues in the industry that have fallen on hard times,” says the ABF’s President John Bowles. “We are immensely grateful for industry partners like OMD who continue to support us.”

The Poker Evening will take place at the Bryanston Country Club from 17h30pm. Buy in is R400 per person which includes a Prego roll. Additional snacks and drinks will be on sale at the club. RSVP to ow@sparkmedia.co.za or ch@sparkmedia.co.za to book your spot.

OMD’s Marco Santos says the ABF is a worthy cause: “We’re pleased that we can assist the ABF in any way. We’re looking forward to a great night with industry colleagues, and in the process raising some much needed funds for the ABF.” 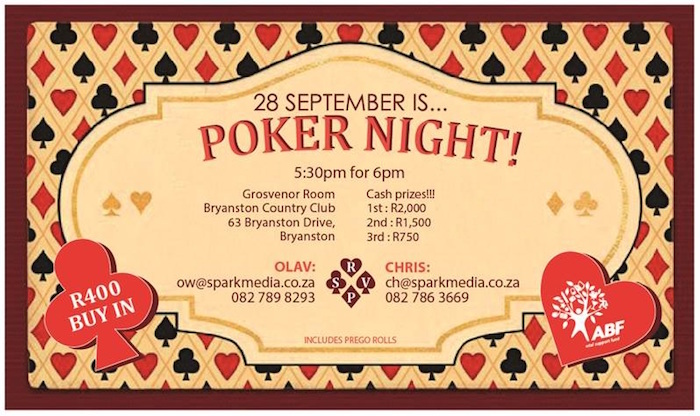 Ads24’s kicked off a dynamic series of activations in Johannesburg this week aimed at showcasing the many opportunities provided by key players in the mass-market arena  ̶  Daily Sun, Die Son and Soccer Laduma.

To set the scene for the exciting opportunities this market affords, Ads24 brought the market to media agencies in the form of round-robin diski tournaments, adding to the vibrancy with soccer paraphernalia like vuvuzelas, giant hands, SA flags and makarapas.

Funny man Joey Rasdien kept spirits high with rolling jokes and by rallying teams to victory. Even the food played a part – AK 47s, pap and boerewors skewers, bunny chow, samosas, chicken and dumplings, morogo and slap chips, all of which could be washed down with Zamalek or a choice of cold drink .

“The point of these activations is to highlight the mass market to advertisers and brands by getting agencies to experience the market first hand and to engage with the idea of thinking beyond just print or digital,” said Ads24 brand manager, Marise van der Lith. “Combined, we have 8.9-million eyeballs on these titles. So we’ve developed three packages  ̶  Starter Pack, Booster and Premium  ̶  to highlight the multiplatform ability of Soccer Laduma, Daily Sun and Die Son to reach this highly sought after market.

“The packages offer a mix of digital, print, advertorials, social media, banner ads, sponsored sections strip ads and mobi, which we can tailor to innovative multi-platform solutions for our clients.”

Activations will roll out in Cape Town and Durban over the rest of September. For more information on how to make the most of Starter, Booster or Premium Pack contact your Ads24 representative. 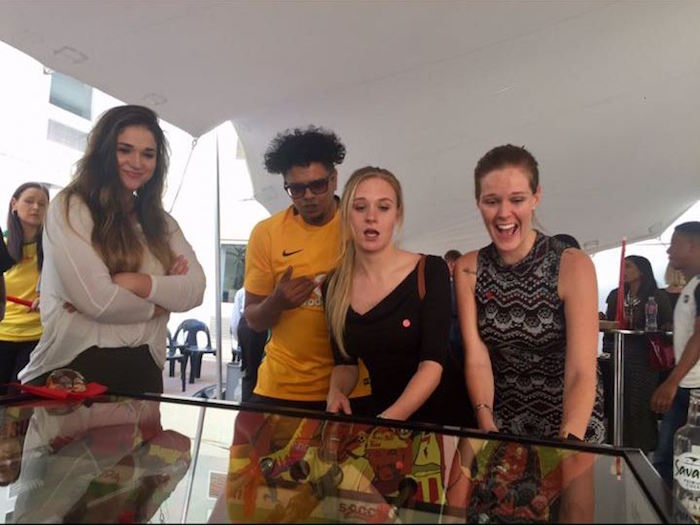 Teamwork certainly does make the dream work, if the recent collaboration between Vega, an educational brand of The Independent Institute of Education (The IIE), and Orange Academy Nigeria is anything to go by.

With a shared vision of making creative problem-solving a core principle in businesses across Africa, the two institutions teamed up at the beginning of June 2017 to deliver a strategic brand-building workshop in Lagos – one of the continent’s main business hubs – in what both schools have dubbed the first of many collaborations to come.

“The workshop was a celebration of what can be achieved when people come together to make a positive impact on the industry at large,” says Dr Carla Enslin, academic head of Vega. “The collaboration between our two schools offered a unique platform for people to come together to gain insight into strategic brand-building, and to discuss and exchange important ideas.”

Dr Enslin was joined by Orange Academy’s resident marketing guru, Lampe Omoyele along with writer and designer, Colin Morris, to present a hands-on workshop delving into the importance of identity design, brand and marketing strategy, contact planning as well as content marketing in building a brand.

“What I appreciated most was that it wasn’t one of those ‘sit down and listen’ type of workshops,” says Chisom Ohuaka, CEO/Registrar Orange Academy. “It was an open forum for sharing ideas with breakaway sessions, pitches and a series of presentations delivered by world-class facilitators.” 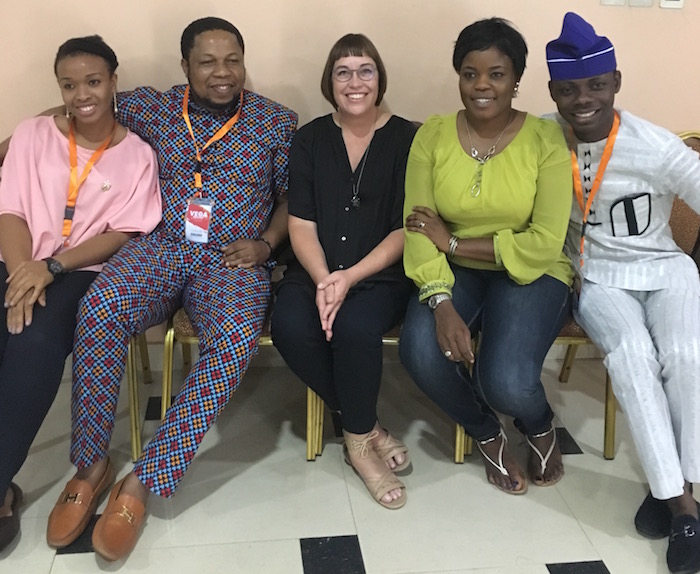