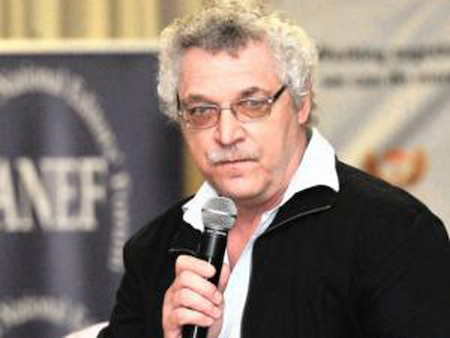 Press Ombudsman Johan Retief came in for intense criticism over his ruling that the Huffington Post South Africa was guilty of hate speech after it published a fake blog post written by ‘Shelly Garland’, who was in fact a man purporting to be the masters student credited with writing the piece.

Former editor Verashni Pillay has shared her side of the story, and now Retief has opened up, exclusively to The Media Online, on why he made the ruling he did and what he thinks of the Appeals Panel overturning it.

Every decision he makes, as well as those from the Appeals Panel, creates a precedent, Retief says, meaning that “of course I have to rethink my position after the Appeals Panel has overturned a finding of mine”.

Previous clarification from the Press Council

The confusion around Retief’s ruling may have originated from his interpretation of direction given to him by the Press Council. In a quarterly report he wrote, which was tabled at a September 2016 meeting, he asked the Council for clarity on how to define hate speech.

This is what Retief wrote in the report: “Hate speech is becoming increasingly controversial in this country. It is therefore of the utmost importance that this office has a clear understanding of what this constitutes.

“This is my view (I stand to be corrected, of course): Unlike the Equality Court, I take the view that hate speech has to do with the intention of causing people physical harm – it is about propaganda for war, incitement of imminent violence, and the advocacy of hatred with the aim of causing harm, as outlined in Section 16 of the Bill of Rights. As far as I am concerned, hate speech is not about hurting people (their feelings), as the Equality Court apparently has it – that, I believe, is a by-product of freedom of expression.

“I am seeking advice from the Press Council on this issue.”

In their response the Council referred Retief to Section 5 of the Press Code, which refers to Discrimination and Hate Speech. “My understanding of the Council’s response was that I should apply the whole of Section 5 to the definition of hate speech, and not only Section 5.2, the section which I referred to in my correspondence. If I misunderstood Council’s direction, the apology should be mine.

“Be that as it may, from that day on I interpreted hate speech as referring to both Section 5.1 and 5.2 – which meant that I broadened my understanding of hate speech to also include serious discriminatory references to people’s race, etc.”

Continuing this line of thinking, Retief used the opinion of a Kenyan academic to help guide his decision. “I am reading wider on this subject than merely what South Africans have to say… even though it later appeared that I might have misunderstood Council’s direction at the September 2016 meeting”, he said.

Section 5.2 of the Press Code, as quoted in Retief’s judgment, reads: “The media have the right and indeed the duty to report and comment on all matters of legitimate public interest. This right and duty must, however, be balanced against the obligation not to publish material that amounts to propaganda for war, incitement of imminent violence, or advocacy of hatred that is based on race, ethnicity, gender or religion, and that constitutes incitement to cause harm”.

In his judgement, Retief concluded that he had “little hesitation” in saying that the blog was “inflammatory, discriminatory, and targeting a specific group of people”.

“I accept that the text itself did not directly propagate violence – but if the actions it advocates were ever put into practice, they might well lead to just that,” he said.

The Appeals Panel ruled that hate speech is defined by Section 5.2 only, which Retief had done up until the September 2016 meeting, and which he says he will intend to do in future.

That is why the Appeals Panel overturned the Ombudsman’s ruling, and Retief says, “I am thankful that I have now received the clear direction that I was looking for – which is to apply Section 5.2 of the Press Code when adjudicating on complaints of hate speech, and not Section 5.1 as well”.

Retief states that it was never his intention to impede freedom of speech, as some critics have said he did, adding, “It would be contrary to everything the Press Council in general, and I as the Ombud in particular, are standing for and are defending.” However he re-emphasises, as he did in his finding, that freedom of speech is a given, but also that it cannot be unbridled and should be exercised responsibly.

“There often is a fine line between the use and the abuse of freedom of speech, and the corresponding adjudication of such matters. It pains me to say that the finding of the Appeals Panel means that I have unnecessarily curbed freedom of expression in this specific instance (for the first time in nearly eight years) – which is not likely to happen again with regards to hate speech, given the clear direction handed down by the Panel,” he explains.

His interaction with Judge Ngoepe

When he found out that his ruling was being appealed Retief was thankful, not apprehensive. It gave him the ideal opportunity to get the clarity he was looking for. Retief wrote an email to Judge Bernard Ngoepe expressing these sentiments:

“I want to be on record that I welcome your decision to grant leave to appeal, and I am looking forward to your guidance in this regard. It is extremely important that the media are on the same page when it comes to hate speech (we don’t need any confusion here!) – and if your finding goes against my interpretation, I would be more than willing to adjust accordingly so as to avoid any more confusion in future.”

“I have not taken this view because the blog was directed at white males – I would have decided exactly the same with regards to any other group. My track record in this instance speaks for itself. My decisions are never influenced by such personal matters, as the approximately 2 000 complaints that I have handled up to now will testify to,” Retief added.

A question that Pillay wanted Retief to answer was why he didn’t attend the Appeals hearing where, in her words, “brilliant legal minds including Steven Budlender outlined the problems with his ruling. It would be interesting to know why he did not attend to ensure he does not get it wrong again”.

Retief responded that in his nearly eight years as Deputy Ombudsman and now Ombudsman he has never attended one, and to the best of his knowledge, neither have any of his predecessors. This was to maintain the impartiality of the process. “The Ombud’s presence may be interpreted as an indirect and subtle way of trying to influence proceedings. I have always waited for the outcome of an appeal finding and studied the findings carefully, which is what I intend to keep on doing,” he said.