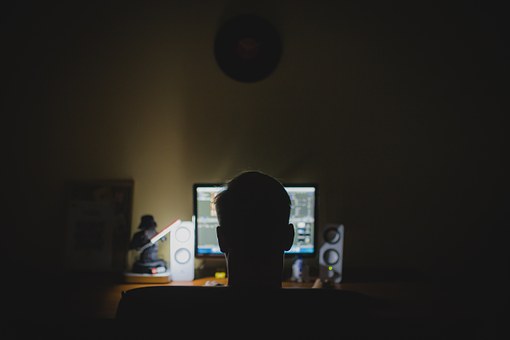 A computer science researcher and his associates at a university in Germany have been working on a project to develop intelligent algorithms that will automate the classification of comments.

Dr Nicolai Erbs, from the Technical University (TU) of Darmstadt, in an interview published by the World Editors Forum on its blog site, said managing reader comments was one of the most difficult jobs for publishers.

“This subject is increasingly becoming the focus of attention as a consequence of the fake news and hate comments discussion,” he told interviewer, Stefanie Hornung. “For this reason, as a first step, we wanted to investigate what types of comments exist. It was purely in the interest of research. In the course of our investigation, we developed algorithms that are of interest for managing reader comments.

“We now wish to find out whether moderation can be automated. A leading German-language newspaper and an Indian publishing house are our co-operation partners, and we are working together to evaluate the research results.”

As well as dealing with irrelevant commercial comments, spam and bots, Erb and his team looked into hate speech. Asked if this was a widespread phenomenon, Erb said it depended on the medium and its forum.

“For example, our German-language partner has to deal with an extremely small number of hate comments. This is due to the fact that the newspaper does advance moderation,” he said. “When a comment is written, it is not published immediately, but first moderated and checked. Consequently, comments must first overcome relatively high hurdles before publication. Naturally, this frightens off persons who want to disseminate irrelevant comments without any reference to the article or comments and with no foundation in facts. Such comments can be seen much more frequently in social media, e.g. Facebook.”

Back in South Africa, many news sites shut off their comment facilities due to the hate speech, trolling and often, racism. But some have reintroduced the facility. It is, as Erbs says, an important tool for reader retention and feedback.

Many South African media houses, plagued with appalling racist commentary and trolls, shut down reader comments. News24, Independent Media and the Daily Maverick were among them.

At the time, the Daily Maverick said, “The time, effort, and heartache it took to try moderate comments outweighed the benefit to us as an organisation and you as the reader.”

But in April 2017, the online title reintroduced them.

“The service we were using is pretty good and cleaned up most of the terrible stuff,” says CEO Styli Charalambous. “It was a combo of community and AI moderation that took most of the burden off us. However the company we selected was a startup and hasn’t been able to raise more funding so they will stop in December.”

Daily Maverick used a system called Civil comments. It asked readers to rate three other comments for civility and usefulness before being allowed to post. Readers then had to rate their own comment. If the comment was rated down, it appears for the reader but no one else. If the reader is identified as being “troublesome”, their posts are limited or they’ll be blacklisted.

The site also makes use of a machine learning algorithm that checks posts.

Tiso Blackstar publication BusinessLIVE has a comments facility which it didn’t offer in its previous BDLive iteraton.

“The only reason we never had comments for a while on BDLive is that we were getting ready to swap to our new build websites, and we lost our old comments system for a few months. We have comments on all our business sites, because it’s an area of important debate and generally attracts a higher level of debate,” said the company’s head of digital, Lisa MacLeod.

Tim Cohen, editor of Business Day, says the crucial difference is that readers are only allowed to comment if they register and use their real names. “The result is that people are still fractious, but generally, the conversation is more or less civil,” he said.

Cohen said the title isn’t just providing a great service to readers, but they also use comments as a marketing tool to encourage readers to subscribe. “You in effect create an incentive to register or subscribe. One of the aims of comment systems is to enliven the debate and move the site from being broadly passive to participative. The potential downside is that you turn readers off because people get into bitter, personal, rude fights that make you feel smeared with mud after you have read them.”

Cohen added that business readers are great commentators. “… they are generally smart, concise and like to make thoughtful contributions. We have had to remove comments that don’t fit our ethics rules, but very seldom. One of our biggest problems has been with people with the same name! When John Smith the doctor makes a comment, all the friends of John Smith the dentist think he wrote them!”

MacLeod said Business Day has had to deal with some “regular trolls”, there is an element of self-regulation among readers who call them out during debates. “The comments on the business sites are often an integral part of the story and really add positively to the piece,” she said.

MacLeod said the much more accessible TimesLIVE site does allow comments on some stories. “We have reopened comments on selected pieces on the Sunday Times and TimesLIVE. We have been careful not to let this degenerate though, and we prefer to keep our sites places of healthy debate. So if we think a story is likely to descend into racist, sexist, troll territory, we don’t open comments. TimesLIVE has a bigger audience, and that makes it harder to monitor, so we are more selective about what stories we open,” she explained.

The Sowetan and Sunday World recently upgraded to using Disqus which requires all users to log in and identify themselves.

“They will continue to have comments when we release the new sites in a few weeks. Comments are an integral part of the Sowetan experience, and we have the longest dwell time on that site because the comments are very vibrant communities. Our biggest battle in the Sowetan space is the spammers: people use the comments to advertise and tout for business,” she said.

She said Eastern Cape titles HeraldLIVE and DispatchLIVE have comments as well.