Posted By: Bruce Sturgeonon: October 03, 2017In: MOST Awards
Print Email 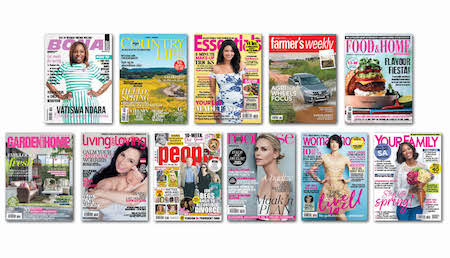 Before they met, Noel and Terry were teachers who had fortuitously independently developed a passion and flair for advertising and research.

They met by chance but bonded as a crack sales team at Republican Press (RP) where they did so well the company actually berated them for earning too much.

Being averse to accepting mediocrity and reining in their talents, they resigned and bought Caxtons. Their new baby owned six local newspapers and a press, albeit they were unaware it was in the process of being repossessed.

One of their early successes was selling advertising on Putco buses. But from the outset they proved to be entrepreneurs of note and from very humble beginnings began to piece together a media empire that the rest of the industry ignored at its peril.

For a period Terry and Noel partnered as majority shareholders with the then mighty Argus Printing and Publishing Company Ltd to expand their local newspaper footprint and become one of the country’s major printers.

Along the way they launched Style magazine and bought Pace, while their later purchase of Perskor (which by then owned RP) transformed Caxton not only into the biggest local newspaper company in the country but into one of the top two magazine publishers. It also injected a daily, The Citizen, into their publishing mix.

More recently the company purchased Ramsay Media [Ed: News broke this week that Caxton sold a majority share of Ramsay Media to Highbury Safika Media] so now publishes 16 magazines with a combined circulation of 678 000 per month, 152 local newspapers with a combined weekly print order of around 3.7-million and the daily has a circulation of 44 147.

Over the years Caxton and CTP Publishers and Printers has also become a major player in commercial and book printing, packaging and labels, stationery, ink manufacturing and now digital publishing.

Terry and Noel’s advertising and research backgrounds undoubtedly helped mould and unlock the unique insights and flair they have contributed to the media and advertising industry in South Africa.

They understood the importance of ‘local’ in a way that none of the major players at the time did. Indeed, the big daily and weekly so-called opinion-forming regional and national newspapers, which then ruled the waves, looked down on the locals as ‘throwaways’.

The duo’s genius was to recognise that communities lived, played and did the bulk of their purchases locally and that businesses needed an advertising vehicle that totally covered their catchment areas.

They also understood that most retail shopping was done weekly rather than monthly, and that advertising was an important part of the reading mix, so published their products accordingly.

From early on, Terry and Noel formed close relationships with like-minded national retailers and these ties became the launchpad for groundbreaking success, even by international standards, in attracting national advertising into local newspapers.

To help facilitate this the Newspaper Advertising Bureau (NAB), now Spark Media, was born and the industry’s largest and most comprehensive research into consumer behaviour at a local level, now called Roots, was launched.

The importance and value of insert and catalogue advertising to retailers and consumers alike was another core insight they had, which they translated into a viable business model by installing the printing, inserting and distribution capacity to deliver what became a key building block in the company’s growth.

Innovations such as wraparounds – which Caxton pushed ahead with even while the purists choked – won Terry and Noel international recognition.

Noel, together with Wally Langschmidt, was the first technical director of AMPS.

From being feared as disruptors, the role the duo has played in South African media is today recognised by even their fiercest opponents.

“Look at the scoreboard,” Boy Louw said after a famous Test match the Springboks won against the odds. The same can be said about why this accolade for Terry and Noel is so richly deserved.

This story was first published in The Media magazine, September 2017.