Grow a pair! Ad industry fails to respond to needs of LGBTQ community 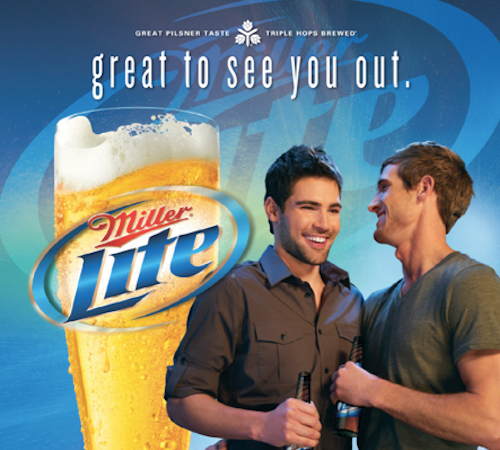 The blame for little to no representation of the LGBTQIA+ community in South African advertising lies squarely at the door of our ‘conservative culture’.

While advertisers have worked hard to redress racial stereotypes in their creative executions, the same is not true for the LGBTQIA+ community.

“I appreciate that the idea that engaging the LGBTQIA+ community is ‘brave’ is in itself telling of how conservative our society is – and this is not just in South Africa, it is a global phenomenon.”

Madeley says, “Many markets are not progressive enough to reflect a human experience that is broader than the heteronormative of male-female relationships. And while advertising can advance cultural narratives, it also largely reflects the cultural status quo and in South Africa, this is where we are.” 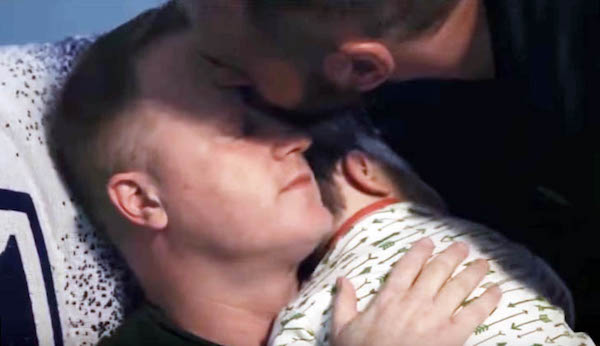 Wouter Lombard, head of talent, M&C Saatchi Abel group, says the LGBTQ market is considered a “niche/minority and advertising budgets need to work extra hard these days so brands and marketers use their budgets in a numbers game to find and spend where the most eyeballs are”.

“The lack of representation is not a call for particularity – marketing specifically to individuals, because there isn’t enough money to do specific advertising for a relatively small demographic. It is rather a call for representation of varied human contexts, not just one,” Madeley says.

Lombard adds, “My concern is not so much about the lack of advertising aimed at the LGBTQ market but rather, I am saddened by the complete lack of inclusion and diversity in everyday ‘normal’ advertising and media. I just want normal ads that just so happen to also feature LGBTQ people.”

Law Professor Tracy-Lynn Field, of The Other Foundation, says there is much diversity and this is not represented. “Representations of the LGBTQIA+ community have been stereotypical, such as the camp male character in the Netflorist radio campaign. There are no tender scenes between lesbian women, for example,” Field says.

“Also, there are serious issues that are not being addressed. There are no campaigns against the killing of lesbians,” she adds. “Many pastors have spoken out in strong terms against the gay community and while the media has reported sympathetically on these issues; it’s time for the advertising industry to get on board.”

Madeley believes today’s consumers are so dynamic and nuanced that the idea of ‘keeping pace’ with ‘international advertising’ is fast becoming obsolete. “Yes, there are learnings from advertising from other parts of the world, especially more developed markets, but content that works is content that specifically engages local markets using insights from local contexts,” she says. 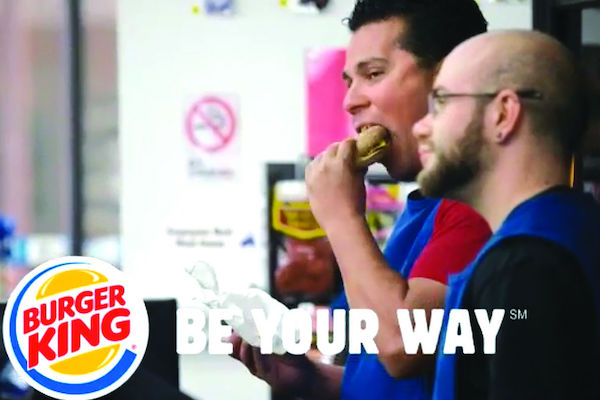 Burger King’s Be Your Way ad

But Luiz De Barros, editor of Mambaonline.com, a gay news portal, has a different view. “There is no specific target of the LGBTQ in the creative. It’s disturbing that brands internationally represented in this way, do not do the same in South Africa. There’s a fear of offending the mainstream. Brands are conservative and so is corporate culture.”

In South Africa, we march to our drumbeat in so many ways, says Madeley. “First, we are not a completely developed market like the UK or Canada, but we are also not completely a developing market either because we have a relatively sophisticated economy compared to our African contemporaries. This means that we straddle both worlds and our consumer landscape is telling of this.”

De Barros says, “Advertisers that have a presence in Africa outside of South Africa’s borders have further challenges. Some of these countries where homosexuality is illegal are even more homophobic and conservative.”

Madeley believes brands and marketers should invest in interventions that facilitate better understanding of who we want to engage, with what content, where, when and how. “While this same formula may be applied to other markets effectively, in South Africa, the consumer experiences are so varied that this approach is quite prescriptive for any campaign to succeed,” she says.

Kerry Knowles of 1st Fridays Exclusive Gay Girl Club says the cause of the gap is two-fold. “The community must do more to get noticed. Yes, we have Gay Pride, but that’s not enough. We need to pitch our ideas to the industry. We must be proud of our stories.”

There is a big market that is not being tapped, Knowles says. The community represents high earners (double income in couples) with interests specifically in clothing and travel. 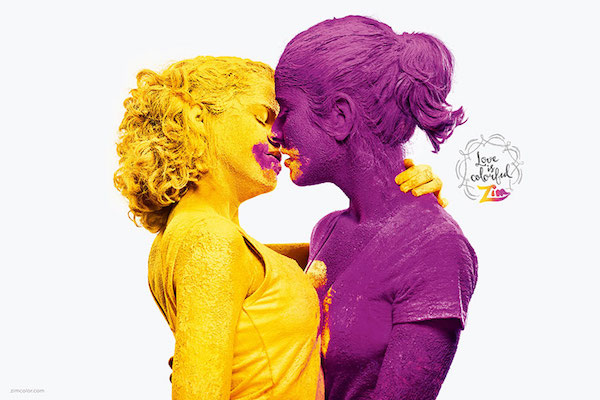 “Agencies do not cater to the pink market,” Field says, which is surprising as “we are a gay-friendly country.”

As an industry, agency brands need to be ‘braver’ in leading clients’ business and brands to better reflect where we are looking to go as a society – which is a more equal, fairer society, says Madeley. “The kind of resources that go into understanding heteronormative consumers should go into understanding the LGBTQIA+ community too. There is enough research and data to lead us and support us in these discussions. We just need to do it.”

Knowles says one agency needs to start, “but it’s all relative to how much risk a brand is willing to take. It depends on the brand, the agency and so many factors.”

Madeley adds, “Let’s also be clear that while we need to just do it, we also need to be clear about the return on investment for brands and businesses. With the data we have, we can now prove that it is worthwhile to talk to people as individuals not averages – we need to show that there is a business case to inclusivity.”

De Barros says there’s a misconception that marketers will reach the LGBTQ community through mainstream advertising and there is no desire to target LGBTQ specifically. “It’s true, we buy the same products, but they are missing an opportunity to make a unique connection to build brand loyalty. Advertisers are afraid to offend for a market segment that is small and deemed not worth it.

“It’s going to take foresight, understanding the issues around diversity,” De Barros adds. “Race issues dominate. Advertising agencies wanted to right the wrongs of the past and rightly so. It’s not the case with the LGBTQ community who is neglected and forgotten.

“Sometimes I think the industry needs to grow a pair. Advertisers need to demonstrate that they are progressive, cutting edge, funky, in tune and there to promote social justice as it’s done in the rest of the world.”

Iza Grek is a freelance writer and editor at A word or 2.