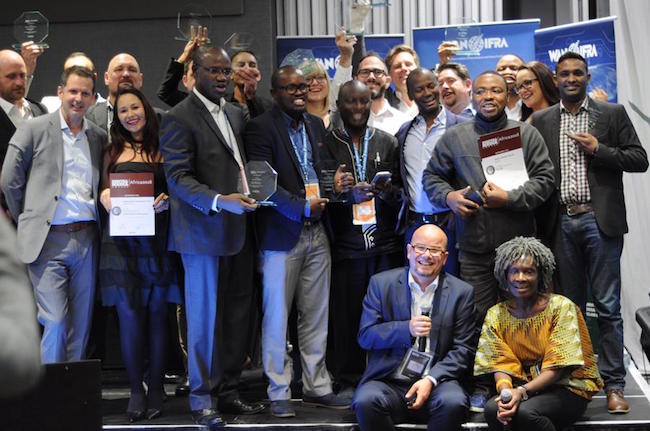 South African digital titles swept the winners table at the Digital Media Africa Awards 2017, scooped seven out of the 10 awards.

The World Association of Newspapers and News Publishers, WAN-IFRA, hosts of the awards, said the intention was to “provide a snapshot of planetary best-practice across the news media industry, and the second African Digital Media Awards competition put the finest African media projects on centre stage. Innovation, interactivity, and energy proved the hallmarks of an inspiring range of media”, it said in a press release.

South Africa’s BusinessLIVE, owned by the Tiso Blackstar Group, won top honours as Best News Website. The site houses all the media house’s business titles in one place, and combines paid subscription, freemium and free content. “This is a beautifully designed website that is a pleasure to use on phone and on desktop,” one judge said, impressed with its “fully responsive design and rich media content”. Media24’s Netwerk 24 came in second.

Media24 won the Best in Lifestyle, Sports or Entertainment Website category with W24. Easy, natural navigation and engaging content saw the site score strongly with the panel, WAN-IFRA said, and found the site appealed to “millennial women with a flair for fashion and a passion for all things lifestyle.”  Runner-up was KenyaBuzz, by Nation Media Group, Nairobi, Kenya.

South Africa also won the Best Use of Online Video category with the Gupta Leaks Video Series by Chronicle Productions in Cape Town. Judges said the videos impressed with their “irreverent, intelligent style and … lovely use of video effects, excellent graphics, and good lighting.”

Independent Media was the runner-up with its MOJO: 16 Days of Activism campaign.

Kenya’s Nation Media Group won the Best Data Visualisation award for its Deadly Force Database, which put a powerful emphasis on naming victims and in the process, translating faceless statistics back into individuals. The runner-up was Media Trust Ltd., Abuja, Nigeria.

News24 Edge, a Media24 app, won Best News Mobile Service AND Best Innovation/New Product. Judges said its use of artificial intelligence had delivered increased personalisation and user interaction. That, combined with “ease of use and intuitiveness”, clearly impressed the judges. As one judge said, it carried “strong news content married to an excellent app.”

The GQ website won Best Lifestyle, Sports or Entertainment Mobile Service. Owned by Condé Nast Independent Magazines in Cape Town, judges said the South African take on GQ magazine impressed with its “fresh and contemporary look” as well as a recent re-design that shows its ambitions in the use of augmented reality and 3D. W24 was the runner-up.

BBC Media Action in Sierra Leone won Best in Social Media Engagement for its Facebook page, which was inspired by the need to give a voice to a country still rebuilding from a civil war and the 2014 Ebola outbreak. Judges were impressed and inspired by short films about “ordinary Sierra Leonians doing extraordinary things”, about the page’s celebration of life, and its energetic response to community comments.

South Africa’s AFRICARTOONS Advancing Freedom of Expression through Editorial Cartoons was the runner-up.

Men’s Health won Best Digital Advertising Campaign (including Branded Content) for #beastmode. The socially-driven campaign with a clear target group and consistent messaging has all the makings of a stand-alone brand, judges said, as the project showed the way in terms of slick marriage of client branding and concept.

Judges said it was, “A great concept well executed across a number of channels [that] makes excellent use of user-generated content” and another added that it was “a strategically, well-designed and creative campaign exploiting the massive potential that lies in social media platforms”.

Winner of the Best Innovation to Engage Youth Audiences was MyNetwork, by Nation Media Group, Nairobi, Kenya. Judges loved the combination of calls to action, digital, and social media, which worked together to bring the medium to life. “The use of WhatsApp and custom channels on Twitter and Facebook encourages continued and focused engagement…well thought out, well executed, really engaging and a positive investment in their market.”

Runner-up was Project Rise, by Media24.