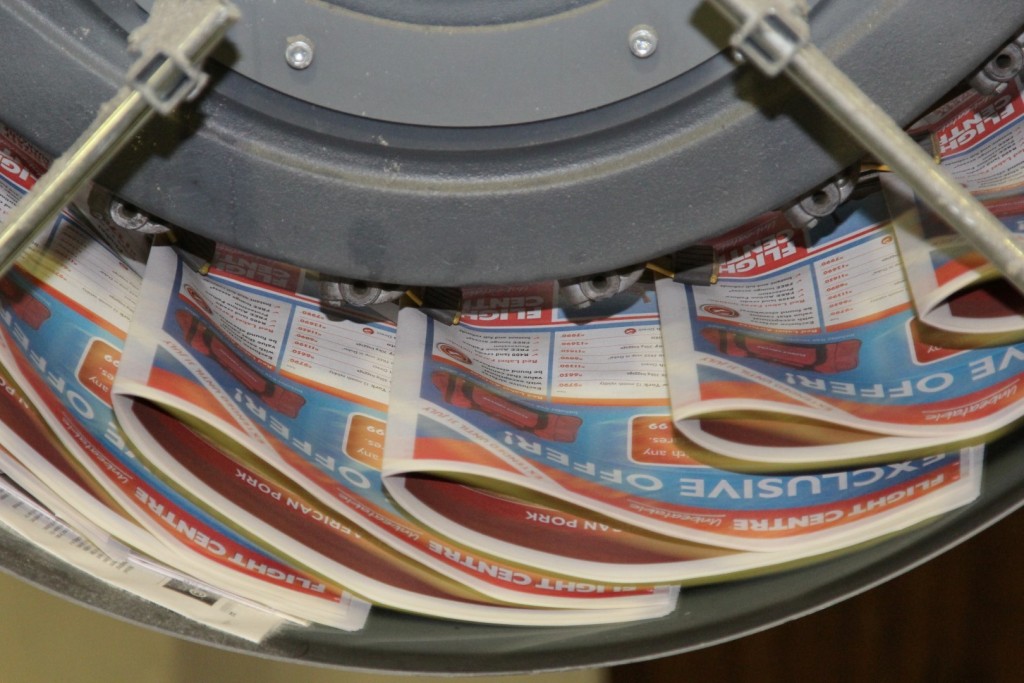 Had new printing agreements with Media24 – which take effect on 1 April – been in place for the last financial year, revenue at former Media24 subsidiary Novus Holdings would be approximately R520 million to R560 million lower.

Novus is being squeezed on two sides. For one, its prices charged to Media24 have had to come down materially. But, this only accounts for half of the impact (R260 million to R280 million). A further R260 million to R280 million “relates to the volume differential between the Previous Agreements and the New Agreements”. In other words, it lost a lot of printing work to rival Caxton, and possibly others.

Novus says it will be printing approximately 58% of Media24’s work – by volume – from 1 April. But, on a revenue basis, the loss of this work is far greater than just 42%, because of the pricing pressure. It says in an announcement to the market that Media24 printing comprised 21% of its revenue “in the past”. Assuming that turnover does not move materially from FY2017 (R4.3 billion), revenue from Media24 printing equates to approximately R905 million.

Best case, revenue from Media24 drops to R385 million. Worst case, to R345 million. This is material, considering the loss equates to more than 10% of total group revenue. More serious, and not yet quantified by management, is the impact on margins and profitability. Printing is, in effect, a manufacturing business. When presses are idle or running on reduced volumes, they end up costing money.

Novus reported an operating margin (excluding impairments) of 12.3% in the year to 31 March 2017, on operating profit of R521 million. Given the steep price decreases in the new contracts, one can imagine that the previous Media24 printing contracts were rather lucrative for Novus.

From 1 April, it will print approximately 76% of Media24’s magazine and approximately 50% of its newspaper volumes. The new agreements run for three years (“price escalations will be determined through a pre-agreed formula”), with Media24 holding the right to renew these for a further three years.

On the magazine front, Novus retains the national weekly magazines work (including Huisgenoot, You and Drum), which – by nature – represents an outsized portion of total monthly volume.

The loss of half of the newspaper work is astonishing. Novus says in Monday’s announcement that it “will continue to print all newspaper titles in the Western Cape, Eastern Cape and the Free State”.

Put another way, its Gauteng and KwaZulu-Natal newspapers will be printed elsewhere. Media24’s flagship title, Beeld, and its largest newspaper, Daily Sun, will be printed by a rival. Printing of Sunday papers (Rapport and City Press) for all provinces north of the Vaal (and east of the Free State) will also be done elsewhere.

There is only a single other printing business of scale that could take over the majority of this work: Caxton. Reports previously suggested that that it would pick up the Gauteng newspaper work as well as the printing of magazines in the Cape. It is telling that Novus was bested in two regions where there are sizeable newspaper printing rivals, Gauteng and KwaZulu-Natal (there are no competitors in Bloemfontein or Port Elizabeth).

Caxton has not yet made any announcements to the market about the contracts.

Novus and main rival Caxton have both previously disclosed that the latter was included in Media24’s request for proposal process. In its results for the six months to 31 December 2017, Caxton said that “negotiations with Media24 for newspaper printing are at an advanced stage and look positive, which will have an improved outlook from April 2018”.

In the year to end-June 2017, Caxton lost the Gauteng printing for Independent Media (primarily The Star). Presumably, Novus picked up this work. Caxton says this “necessitated a restructure of the business and job losses”. In the six months to end-December,  it managed to mitigate “the lost turnover which meant the operation achieved similar results to the prior period”.

Given these events, the contentious and disputed merger of Media24, Paarl Coldset and the Natal Witness over five years ago was effectively all for naught. Media24 printing will no longer be done at the Pietermaritzburg plant, and Novus on Monday confirmed it would be closed, along with the “decommissioning of a number of [other] printing presses.

Caxton and Novus have been locked in a court battle over the biggest printing contract in the country: workbooks for the Department of Basic Education. On 28 February 2018, the North Gauteng High Court dismissed with costs Caxton’s application to have the R3 billion contract set aside.

Novus will host a special webcast at noon today, “to update the market on impact, strategic direction and to answer general questions”.

Hilton Tarrant works at immedia. This story was first published by Moneyweb and is republished here with the permission of the author and editor.