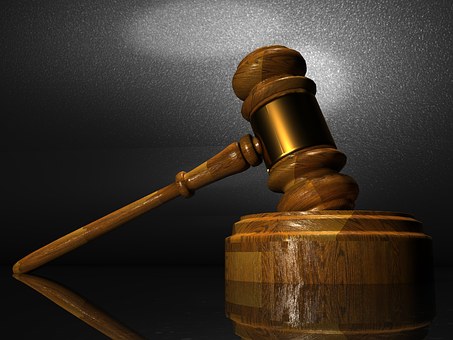 The Sunday Times has confirmed political reporter Jan-Jan Joubert has been dismissed.

This follows an internal disciplinary process after Democratic Alliance Member of Parliament, Gavin Davis, laid a complaint with the Press Ombud in late 2017.

Davis objected to the story, ‘Veil of secrecy as DA policy chief quits amid tensions ahead of 2019’, written by Joubert and reporter Thabo Mokone. He complained that the reporters used anonymous sources and failed to take care in corroborating information, especially in its reference to tension between Davis and the party’s new director of communication, Siviwe Gwarube. He also claimed not to have had the right to reply and said Joubert had a “conflict of interest” when he wrote the story. Joubert at the time had applied for the job as executive director of communications for the Democratic Alliance.

The Ombud initially dismissed Davis’ complaint in its entirety, who then applied for leave to appeal the ruling. This week, head of the Press Council’s appeal panel, Judge B.M Ngoepe, upheld two ‘legs’ of the ruling, saying, “the applicant has no reasonable prospects of success in respect of the complaints that the journalist was conflicted, and that anonymous sources were relied upon without corroborating and interrogating the information”.

The third leg of the complaint, that Davis was not given the opportunity to respond to critical reportage, was ruled a breach of article 1.8 of the Press Code. Ngoepe said he was of the view that Davis had “reasonable prospects of success before the Appeals Panel; leave to appeal is therefore granted in respect of that complaint only”.

Davis has confirmed he will appeal that aspect of his complaint.

The story put forward the view that Davis’ resignation as policy chief and head of media was allegedly the result of differences of opinion with colleagues about the formulation of policies and communication strategies. A party insider said Davis was a member of Premier Helen Zille’s inner circle and was against the party’s current policy direction and that he had issues with Gwarube – who was approached for comment and denied the allegation.

In addition, Davis said a political journalist who had applied for a job with a political party flouted an “elementary tenet of media ethics” in that journalists should recuse themselves from reporting on a person they were recently in competition with for a position.

He accused the Sunday Times of “slanted” reporting “…Because it is a simple fact that Ms. Gwarube had nothing to do with my resignation, and bringing her into the story was therefore gratuitous, tendentious and factually inaccurate”.

The Ombud in his ruling agreed Joubert should have tried to solicit comment on that issue, but said he was “not convinced that he was in breach of the Code for not doing so – not after Davis had refused to comment on his resignation”. And, he added, “… if a journalist contacts a subject, the assumption is always that it is in aid of a story to be published – except, of course, if indicated otherwise.”

Ngoepe, however, said while the journalist did ask Davis for comment, this was “limited only to the question of the resignation per se, as opposed to the alleged reasons behind it.

“After the applicant said he had no comment on the issue of resignation, the journalist did not go further to put to the applicant the alleged reasons behind the resignation; for example, the alleged tension between him and a colleague or that he belonged to a particular grouping within the party,” Ngoepe wrote.

It was for this reason he gave Davis leave to appeal.