Variety magazine reckons toons are this year’s top trend at the Cannes Film market, but warns that there’s much competition for the independents. Sir Martin Sorrell is not going quietly into retirement. Klout out. Six global networks to pitch for GSK account. Other agency reviews on the cards too.

Toons the top trend at Cannes this year 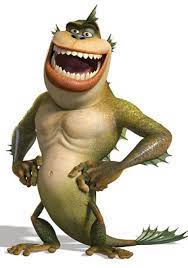 Top trend at this year’s Cannes Film Festival appears to be the boom in toons, Variety reports, listing Laika’s $100 million comedy-adventure Missing Link and the $40 million Fireheart, a female-empowerment tale, are among the several dozen high-profile projects which are looking for distributors.

The influential showbiz magazine reckons animation is seen as a safe commercial bet for studios which crosses borders and resonates with different cultures. But, it warns, this could lead to an “over-saturation” situation.

It points out that Warner Bros. and Sony have animation as a major priority, while six of Hollywood’s seven major studios are now investing heavily in animation, releasing two or even three toon features a year. So what will happen next?

John Hopewell and Brent Lang give their take right here.

Advertising world journey not over for Martin Sorrell

Former CEO of WPP Group, Martin Sorrell will not be retiring or stepping away 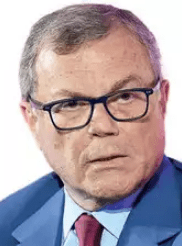 from the advertising world.

While not giving specifics about what he is working on, Sorrell revealed he is planning to “start again” after being “extracted” from the global agency giant.

Speaking at the 2018 Techonomy NYC conference, Sorrell, who was removed from his position at WPP last month following allegations of financial misconduct, added that his departure from the group has given him “a refreshed view on the advertising industry’s prospects”.

To read his full comments during his address, published by WARC, click here.

Klout has lost its clout… completely

Social media service Klout, which tracks how much social media traction its users draw and rates the content of their posts, is closing on 25 May.

Science fiction author John Scalzi called the service “a little bit socially evil” in 2011 after questions were raised about its less than stellar attitude to guarding the privacy of its users. In 2015, social media metrics software firm Lithium bought Klout for about $100 million … and acquisition that saw the company, well, lose its clout. Now Lithium CEO, Pete Hess, said in a blog post he is “planning the launch of a new social-impact scoring methodology based on Twitter”. 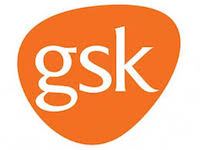 The global account is valued at twice that number. The pitch coincides with the conclusion of three-year contracts with PHD and MediaCom. London-based GlaxoSmithKline is reported to be selling off around 130 non-core brands, and reducing staff around the world.

Patrick Coffee for Adweek has the full story.

Here are some of the other big moves in the agency review space:

Coca-Cola wants agencies to have “skin in the game” 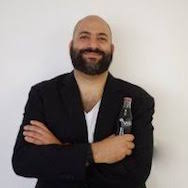 Some interesting comments from Coca-Cola’s head of integrated marketing communications in the Middle East; Islam ElDessouky has put a different spin on the agency client relationship.

ElDessouky said that agencies should have “skin in the game” and “take risks with their client partners”.

An article from The Media Online is in the works, so keep your eyes on the site, but to see ElDessouky’s full comments, from WARC, click here.