Judge upholds ruling on independence of the SABC board 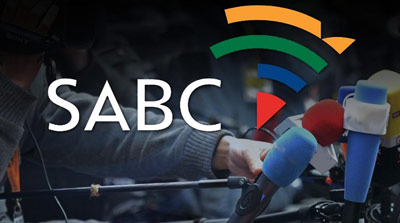 The SOS Coalition, Media Monitoring Africa and Freedom of Expression Institute welcome the decision of the High Court to dismiss the minister of communication’s application for leave to appeal Justice KE Matojane historic ruling regarding the powers of the SABC board late last year.

But it also means the board has the power to institute any disciplinary proceedings against the GCEO, CFO or COO and also have the right and power to suspend the employment of the GCEO, CFO, or COO. These issues are crucial as it means the SABC board can hire without ministerial interference and institute disciplinary process without Ministerial interference.

Yesterday, Justice Matojane, dismissed the application for leave to appeal with costs after Counsel for the Minister of Communications failed to appear in the High Court hearing in Pretoria. This is a strong reinforcement of the victory for public interest broadcasting that was given last year by Judge Matojane.

When SOS, MMA and FXI launched the case in 2015 we turned to the courts seeking a declaratory relief, coupled with an interim regime to allow Parliament, the SABC and the minister an opportunity to remedy the provisions of the MOI and Board Charter, which we contended, are in breach of the Broadcasting Act, in particular, the minister’s appointment power and the quality of broadcasting service the SABC provides.

At the time, the SABC was already suffering the effects of the chaotic cycle of revolving musical chairs happening at board level and the impact of gross and unlawful political interference across the public broadcaster.

The first case, which is referred to as ‘SABC 1’ concerned the lawfulness of the powers vested in the minister under SABC’s Memorandum of Incorporation (MOI) and SABC Charter in respect of the appointment, discipline and suspension of the three executive directors of the SABC, being the GCEO, COO and CFO. The central issue in dispute was whether the powers vested in the minister undermined the independence of the SABC, which SOS, MMA and FXI contend is required by the right to freedom of expression (including the freedom of the media) under S16 of the Constitution.

This lacuna was exploited by the former minister of communications, Dina Pule, who unlawfully interfered with the recruitment and appointment of a chief financial officer of the SABC in 2012. This interference was documented in the Public Protector’s report, ‘When Governance and Ethics Fail’ (17 February 2014) that, “Ms Duda, who was appointed to the position of CFO during February 2012, was not an applicant for the position, which was advertised. Interviews were conducted, and a recommendation was made by the SABC board to the minister of communications, Ms Pule as the shareholder, to appoint Mr Msulwa Daca. Mr Phiri, from the department of communications, and Mr Motsoeneng from the SABC, orchestrated the appointment of Ms Duda long after the recruitment and selection process had been closed.”

Then minister of communications, Faith Muthambi, also abused her role in relation to the SABC in her meddling in SABC board processes and her irregular amendments of the MOI that centralised power in the ministry, thus compromising the independence of the SABC board, as evidenced in the February 2017 ad hoc report of the portfolio committee of communications’ inquiry into the fitness of the SABC board.

The second case, called ‘SABC 2’, concerned the power of the minister to remove all of the directors of the SABC board, including the non-executive directors. The issue at the centre of this case was whether section 71 of the Companies Act may be applied in the removal of directors of the SABC, or whether the procedures under sections 15 and 15A of the Broadcasting Act should be followed.

This was particularly important to deal with as S71 of the Companies Act had been unlawfully applied in 26 March 2015 to illegally then SABC board members, Ronnie Lubisi, Rachel Kalidass and the late Hope Zinde from the board. The two cases were heard jointly in June 2017.

The minister, on the other hand, defended her role and sought to maintain the powers she was enacting through the MOI and Companies Act. When the cases were heard in June 2017, the minister’s counsel argued that she was enforcing her role in the “public interest” and thus representing the public.

Not in the public interest

In the October 2017 judgment, Judge Matojane clarified that “in her engagement with the board, the minister represents of the sole shareholder of the SABC – the Government of the Republic of South Africa. It is Parliament, not the minister, that represents the public interest and performs an oversight role on behalf of the public.”

The court found, among other things, that “the amendments to MOI in September 2014 by Minister Muthambi entrenched the minister’s power over the GCEO, CFO and COO, as well as over the SABC board more generally.”

This is highly problematic because the SABC’s executive’s wield significant influence over the broadcaster’s content, including SABC News content. Therefore, having close links between the executives and the minister means this power over our public broadcaster can easily abused “as evidenced in the SABC’s unfortunate history of internal censorship when Motsoeneng who was appointed acting COO at the instance of Muthambi, directly intervened in SABC news, current affairs and programming and issues related to it.” These MOI amendments have been declared inconsistent with the Broadcasting Act.

Additionally, the judgment states “the removal provisions of the Companies Act cannot be construed as applying to the SABC because the Broadcasting Act prevails over the Companies Act as it was specifically enacted to govern the operations of the SABC. The removal processes prescribed under the Companies Act denies members of the SABC board security of tenure and thus undermine the independence of this SABC board in a manner that is inconsistent with the Constitution… The threat of removal without any oversight, on any ground, and without due enquiry, would render board members not likely to express views not aligned with that of the government or the majority board members.”

The judgment thus reinforces the provisions of Sections 15 and 15A of the Broadcasting Act which ensures that the is a level of oversight in the removal of an SABC directors. Removal requires an inquiry, as we witness in the 2016 ad hoc Inquiry into the fitness of the SABC board and must be based on specified, objective grounds for removal.

Where to from here?

Following these events, the October 2017 judgment made by Judge Matojane now stands.

“The declaration of invalidity is suspended for a year to allow for the above defects to be remedied.”

And so Parliament, the SABC board and the ministry now have one year within which to remedy the invalid clauses and amend the Broadcasting Act accordingly.

In the meantime, the appointment process of executive members of the board can continue. The SABC non–executive can proceed with the process of filling the vacant CFO and GCEO positions, independently without ministerial interference and without any requirement of approval by the minister.

For the SABC board, this judgement entrenches their independence and powers, free from Ministerial interference.  It also means that they can now move boldly and swiftly in carrying out their fiduciary duties.  It is a positive step for entrenching independence of our public broadcaster and our democracy.

Moreover, for the SABC board this judgement comes also with a warning – the buck now stops with them. The success or failure of the SABC rests now largely on their shoulders and history will judge them cruelly if they fail to seize the moment and rebuild the SABC. Alternatively, if they use the best of their skills and others still to come they may show not only the value of the public broadcaster but also fulfil a crucial role in informing, educating and entreating the public.