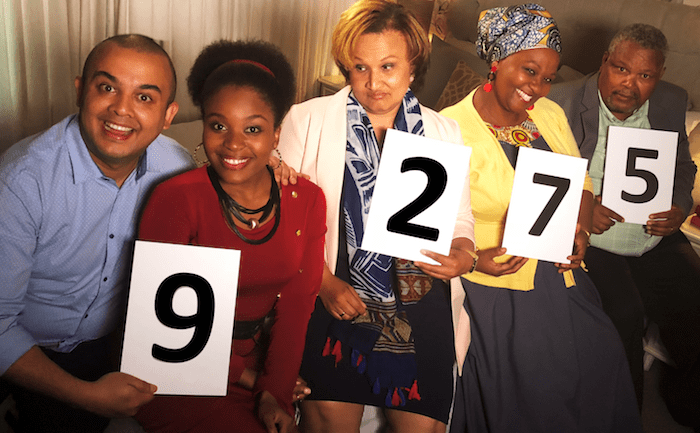 With the one-off exception of the livestream of the wedding of the Duke and Duchess of Sussex (Prince Harry and Meghan Markle), the last three episodes of Come Dine With Me South Africa (season 4) received the highest-ever ratings across BBC Studio’s branded channels portfolio in South Africa.

The premieres of episodes 10, 11 and 12 on a Thursday evening pulled in an average of over 200 000 viewers with the finale on Thursday, 3 May successfully attracting an audience of nearly 250 000 – making BBC BRIT (DStv channel 120) the number one channel on DSTVi during broadcast and the number six international channel on DStv [1]. Prior to the airing of series four, the top rating episodes for the BBC channels portfolio had been from Top Gear, closely followed by Strictly Come Dancing.

“Having produced three much loved series of CDWM South Africa, we knew we had set the bar very high and would have to shift gears in order to top our previous offerings, and the team definitely pulled out all the stops!” said Kee-Leen Irvine, MD Rapid Blue and executive producer of Come Dine With Me South Africa. “It’s a real feather in Rapid Blue’s cap to deliver a show that achieves the highest ratings ever across an entire channel portfolio.

“It wouldn’t be possible though without the wonderful, wacky South Africans who served up oodles of entertainment in each other’s homes!” Irvine said in a press release.

Rapid Blue has produced a range of hit television series including BBC Studio’s The Great South African Bake Off, Come Dine With Me South Africa as well as SA’s Got Talent, Is’thunzi, The X Factor, Four Weddings and Pawn Stars to name but a few.

Audiences can tuck into a second helping of the ratings hit series, as it is currently being repeated on BBC Lifestyle, DStv channel 174, on Tuesday evenings at 9pm.