With just under a week to go before the 2018 FIFA World Cup kicks off in Russian, Zenith has reported that it will generate around $4.2 billion to the global advertising market – and that China will be responsible for contributing a third of that figure.

“This is due to Chinese brands taking advantage of the reluctance of some high-spending western brands to be associated with scandal-hit FIFA or with the geopolitical stance of Russia, stepping into the gap to reach a global audience,” WARC reported.

As WARC writes, time zones will impact on advertising as 40% of the games will take place as the audience sleeps. So viewers will look for alternative ways of watching games, something advertisers need to take into account. Of course, social media will play a vitally important role for fans discussing matches in real time, and Zenith believes brands will invest in paid social activity to join the conversation. 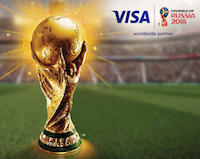 In more FIFA World Cup media news, Visa has changed the way it is utilising its sponsorship and advertising during this year’s tournament.

It has briefed creative agency AMVBBDO and media agency, Starcom Worldwide, to “move the dial” and grow its share of the mobile commerce market as well as to encourage consumers to use their Visa cards instead of cash.

In other words, Visa wants its spend to grow its business, and not just awareness.

Chief marketing and communications officer at Visa, Lynne Biggar, told Digiday the company was “…trying to get smart about the upfront briefing process to ensure that the insights used are really crisp and the objectives in place are really clear”. Agencies would be incentivised to create more assets that can be targeted to specific audiences.

Established newswire Reuters has added another impressive feat to its resume, being named the top international digital media brand in Europe, by new Ipsos research.

Reuters came out top, beating out the likes of the New York Times, BBC and Financial Times.

To see more insights coming out of the Ipsos research, published by Reuters, click here. 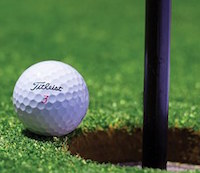 It’s no secret that sport’s rights, both locally and internationally, are not only a hot commodity, but an expensive investment.

But companies are willing to shell out big bucks for exclusive coverage rights, seeing value in being in the face of and reaching passionate fans, who usually have high disposable income.

Just ask Discovery Communications. This week, the company secured exclusive international media rights for the PGA Tour for 12 years. And it only cost them $2 billion.

Included in the deal are multi-platform options such as international live broadcast rights and a branded OTT service, which will provide on-demand PGA programming for audiences. Excluded from the deal is coverage in the US, which belongs to CBS and NBC.

To find out more about the deal, published by AdWeek, click here. 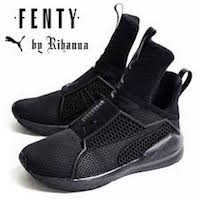 Clothing and footwear apparel manufacturer, Puma is the latest in a string of big companies to conduct a review of its global media business.

Puma until recently was part of Paris-based luxury goods company, Kering, which spun off Puma into a standalone public company. It’s alliance with Rihanna has seen the company grow from a sportswear company into a fashion powerhouse.

The situation was summed up best in the first line of an AdAge article, which stated, “no one can outrun the onslaught of media reviews in recent months”.

To find out more about the situation, including how much Puma spends on media a year, click here to read the article published by AdAge.

Golden Pen of Freedom Awarded to Maria Ressa of the Philippines 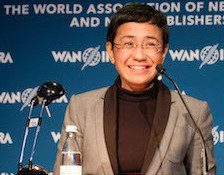 The World Association of Newspapers and News Publishers (WAN-IFRA), has awarded the Golden Pen of Freedom, the annual press freedom award, to Maria Ressa, co-founder, CEO and executive editor of the online news site, Rappler.

The award, made in Cascais, Portugal during the opening ceremony of the 70th World News Media Congress and 25th World Editors Forum, recognised Ressa’s unwavering commitment to the values of a free press, as well as her determination to continue exposing stories of vital importance for democracy in the Philippines amidst intense pressure from the government and its supporters.

Since the 2016 election of President Rodrigo Duterte, Rappler has fallen victim to a deliberate and highly targeted online campaign by supporters of the controversial head of state that seeks to discredit the media organisation and drown out criticism.
In parallel, Ressa has been the target of an increasingly hostile, gender-targeted hate campaign designed to undermine her credibility and the legitimacy of Rappler’s reporting.

Rather than retreating from the threats, she has become a vocal spokeswoman in denouncing online harassment and in warning of the negative effects for democracy of the increasing use of technology generally – and social media more specifically – to discredit professional journalism.