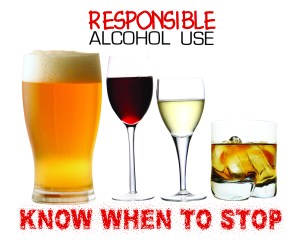 If you or your colleagues have written or broadcast any content that promotes responsible drinking in any way or form since 1 August 2017, you are eligible to enter the 2018 Responsible Drinking Media Awards (RDMA) and stand a chance of winning up to R30 000.

The 2018 awards will be divided into nine categories – Best Magazine, Best Newspaper (Small), Best Newspaper (Large), Best Online, Best Radio (Small), Best Radio (Large), Best TV and Best Up & Coming, with an overarching award for Journalist of the Year. The winner of each category will walk away with R15,000, (double that for the Journalist of the Year).

For more information on the awards and how to enter, click here. Entries close 31 July 2018 and can either be submitted online or by downloading an entry form and sending it to info@diageordma.co.za. Winners will be announced at an official awards ceremony in late August 2018.

The final day to submit your work for the New Generation Social and Digital Media Awards is Friday, 20 July.

Aiming to ‘identify true winners at the forefront of South Africa’s future communications, media and digital technologies’, the awards have been around since 2012.

Not only do they honour the South African creative agency teams for their innovative use of social and digital media, and cutting-edge use of online media and tools, they also acknowledge corporate companies and their in-house marketing teams from across our region for their work on campaigns that help promote their organisations and brands in ground-breaking ways.

To find out more and to submit your entries, click here.

The Lisbon Award Group, a group of festivals based in Lisbon, have announced a news spin-off, the Lisbon International Health Advertising Festival. This new festival’s main purpose is to award the effectiveness of the advertising campaigns, beyond the creative factor.

“Our number one objective is to reward the excellence in communication which allied to the creativity, works towards the clients’ marketing goals. More than rewarding the originality and the authenticity of the campaigns, the Lisbon Effectiveness wants to distinguish the best strategic decisions which lead to the main purposes of a company – increasing of sales, brand notoriety and any other increase of rentability,” explains Ana Firmo Ferreira, CEO of the Lisbon Awards Group.

Submissions are already opened and more information related to the process, as well as the regulations, are available online. 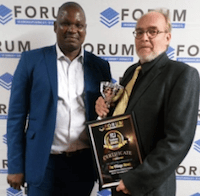 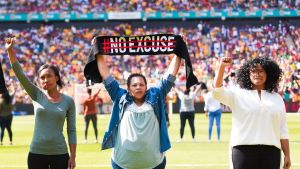 The campaign kicked off, literally, at the Soweto Derby where the client, Carling Black Label, decided to take a stand against women abuse.

“We had positioned carefully selected indaHash influencers at the stadium capturing the event as it unfolded, posting reactions, photos, videos and stories across Instagram and Twitter amplifying this whole experience past the stadium boundaries.” said Federico Dedeu, indaHash Business Development Leader, EMEA.

Why soccer? Because 40% of South African men assault their partners daily [South African Medical Research Council 2017] and this number spikes dramatically after soccer games. AB inBev Research and Insights found that alcohol abuse was the leading excuse for this behaviour.

The campaign saw brand mentions rise by 823% and brand sentiment achieve an 86% positive increase with a total reach of 45 million. It is now being rolled out in five other countries.

Ads24 continued its bumper year, picking up the Commercial Innovation Award, and the Best Business to Work For Award at the recent Media24 award gala. The awards seek to recognise excellence across Media24’s businesses in digital media and services, newspapers, magazines, ecommerce, book publishing, print and distribution.

The Innovation Award: Commercial, is awarded to an individual or team who implemented a big idea that brings in new money.

Ads 24 won this accolade based on its successful #Ads24 Diski campaign.

Ané Honiball, GM of Ads24 said, “Innovation is an important part of our culture at Ads24. We continuously assess our decisions and strive to come up with fresh solutions to breathe excitement into the industry .”

The Best Business to Work For, meanwhile, is awarded to a Media 24 business unit that has achieved the most success in building a great place to work. Ads24 achieved a 100% participation rate in Media24’s annual staff survey and scored impressively on issues such as transformation, company culture and values.

The SriLankan government has introduced new Presidential Media Awards, with the aim of encouraging credible journalism.

The Awards will cover 50 categories across print, TV, radio and websites. Mass Media Minister Mangala Samaraweera, emphasised the focus of the government in promoting impartial, balanced and truthful reporting across all mainstream media to improve accountability and governance.

To find out more about the awards, published by DailyFT, click here.