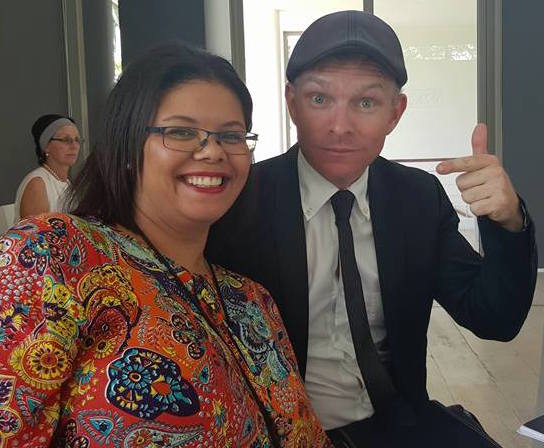 
[OPINION] The Cape Town Press Club has become a classic case of how an organisation with a long and proud history can be captured by an ambitious minority membership. The big question is, what do they want to use the club for?

Founded in 1976, the Cape Town Press Club is the oldest organisation of its kind in the country, with the main objective of bringing members of the media together for a lunch to network and engage with interesting and newsworthy speakers. It was formed at a time when the country operated on a very hierarchical system, and the Press Club served to cut through the red tape and other obstacles faced by journalists to report or question those in power.

It served that purpose well and it was always based on non-racial, non-discriminatory principles in a non-partisan manner, while those speaking knew they will face robust questioning.

During the 1970s, 1980s and the early 1990s, whenever the Press Club had a meeting, the editors of the major newspapers would attend so they could sit at the main table to know and network with the speaker of the day. Very often those editors would be joined by a reporter or two who would pen the actual story.

But the world has changed. South Africa has transitioned into a constitutional democracy. The advent of social media and the remodelling of the media landscape caused significant changes in the behaviour and manner of journalism praxis. The result being the Cape Town Press Club is no longer seen as an essential part of a journalist’s tools of the trade.

One can debate how it happened, but the reality is that some perceive the club as a gathering of the white and privileged, attracting only a few of the new generation of journalists who do not readily identify with the club’s institutional culture.

The lack of transformation at the Press Club was not just about race, or gender, but also about coming to terms with overall transformation. This included the methods and tools of reporting now available to the younger generation of journalists, such as social media, while media companies have reduced dramatically the numbers of journalists and editors. Reporters literally have to write and publish more with less.

The push in these current times for immediate breaking news means organisations like the Cape Town Press Club do not feature as part of a working reporter’s tool box. But this does not have to be the case as the Press Club, like its counterparts elsewhere, does offer a unique opportunity for newsmakers to deal with working reporters and editors directly.

When I joined the Press Club, I was also on the committee of the Parliamentary Press Gallery Association and saw the potential of the two organisations working together to enable journalists the opportunity to get better access to newsmakers. I truly believed I could play a decisive role in advancing the Press Club’s transformation agenda; one step simply being myself a member and to inspire those of colour to join the historic club.

My reason for leaving the Cape Town Press Club arose over the manipulation that manifested itself at its most recent annual general meeting (AGM), and the manner in which the current committee has behaved since then.

How it all began

The issue started with the appointment of Donwald Pressly as the secretary of the Cape Town Press Club in 2015 after he lost his job with Independent Media. The post he held was the only paid one as it involves significant time spent in administration and in support of the executive committee. It is an employee position with no voting rights. The secretary, who attends committee meetings, ultimately does what the committee decides, regardless whether he or she agrees. This is normal practice for organisations such as the Press Club, a voluntary organisation.

Pressly’s 2015 appointment as secretary was approved following his proposal that, as a past chairman and long standing member, he “best knows” how the club functions. A sub-committee, of which I was part, was formed to examine the proposal. I supported his appointment because I believed he could do the job and would serve the interests of the Press Club and its members. The committee agreed to the appointment, but it was not unanimous and led to the resignation of one committee member.

At first all was good and well. However, the first sign that Pressly was confusing his role as a paid employee with that of a committee member occurred a few months after his appointment when he refused to send me the financial statements. As co-chairperson I was entitled to receive these, and had requested them. It took a phone call intervention from another committee member for Pressly to release the documents.

Other aspects of his conduct also started raising red flags. This included signing official Press Club correspondence as ‘Secretary General’, as well as acting unilaterally to exclude one specific member on the grounds he didn’t like him. The committee also noticed his administration was not up to scratch, necessitating the use of further outside assistance.

It also came to the committee’s attention that Pressly had obtained a free membership at a venue often used by the Press Club in return for bringing a number of functions a year to them. The committee disapproved of this.

The real breaking point came when I was asked by Parliament to help inform journalists of the Press Club about a report back by the legislature. I consulted other committee members because it is practice not to advertise non-Press Club events, but not a ban. Although I obtained agreement of my then co-chair, Brent Meersman, and other committee members, to go ahead with the engagement with Parliament, Pressly flatly refused to assist. When I asked him on the committee WhatsApp group he went on a rant against me over a period of six hours, necessitating the intervention of two other committee members to get him to stop.

At this stage committee members were already considering disciplinary action against Pressly, in a move that was not an easy task as they had known him for a long time. This was accelerated after the Press Club WhatsApp conversation, or rant, against me, was leaked to Parliament. The leaked conversation, particularly Pressly’s comments, brought the club into disrepute, and the sharp end of criticism by Parliament, which issued a statement in November 2017, raising its concern about the “vitriolic attacks” by  Pressly on the Presiding Officers.

How that WhatsAspp conversation was leaked, I don’t know.

The Cape Town Press Club is not immune from such a situation, and as a point of principle always operated in an atmosphere of transparency, just as it demanded from those who are in power in government and in business.

I was present at the meeting requested by members of the Press Club, outside of the committee, to mediate a solution on Pressly’s future. At that meeting Denis Worrall, a former member of parliament, was highly concerned that Pressly’s troubles at the Press Club also would reflect negatively on the Cape Messenger, the online publication where Pressly was the editor and which Worrall was in the process of selling.

Control of the Press Club

The result of this meeting was a proposal that Pressly would resign as secretary with at least four months pay, but he would retain his membership. In terms of the Press Club’s constitution and practice, this proposal had to be formally adopted and approved by the committee. This was done and Pressly resigned as secretary in January 2018. Unknown to some in the previous committee was that there has been intense behind the scene lobbying in the months since then.

The aim of Pressly and his grouping was clearly to control the Press Club again. This was done by sleight of hand, and not in keeping with the club’s practices that, for example, include giving notice of intention to stand for a committee position. By carefully reading the constitution, the whole election coup of Pressly was unconstitutional.

In fact, at an ordinary committee meeting held about two months before the July 2018 AGM, Meersman told the committee that Pressly would not be standing as a candidate for any committee position, nor were any other positions contested. Meersman lulled the rest of the committee into a false sense of complacency. To the surprise of some previous committee members, on the day of the AGM, there was a long list of new candidates, led by Pressly. The AGM sanctioned Pressly’s list of candidates, as Meersman informed the outgoing committee there could be no nominations from the floor.

I would like to point out that Ed Herbst in his opinion piece, A fake news attack on the Cape Town Press Club [24 August], comes to a wrong and utterly disturbing conclusion (which according to Herbst was approved by Meersman and Pressly): “Speaking for myself what I, rightly or wrongly, glean from this is that Van Wyk served happily on the committee of the Cape Town Press Club until it was pointed out to her that she was no longer eligible for appointment to it because, not having paid her subs for two years, she was no longer a member in good standing,” he wrote.

This is incorrect as I was a member of good standing at the time of the AGM and I met all the requirements in terms of the clubs rules to be nominated from the floor.

And so Pressly and his allies were elected unopposed.

The Cape Town Press Club has a long and proud history. Previous active members such as the late Barry Streek are remembered for their contributions to a free media, when it was anything but. However, I can not believe this new and mostly orchestrated committee will enhance that legacy, nor will it foster transformation in its broadest understanding. 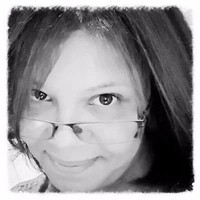 Joylene van Wyk is the former co-chairperson of the Cape Town Press Club and is parliamentary correspondent for Landbouweekblad and writes this in her own capacity.