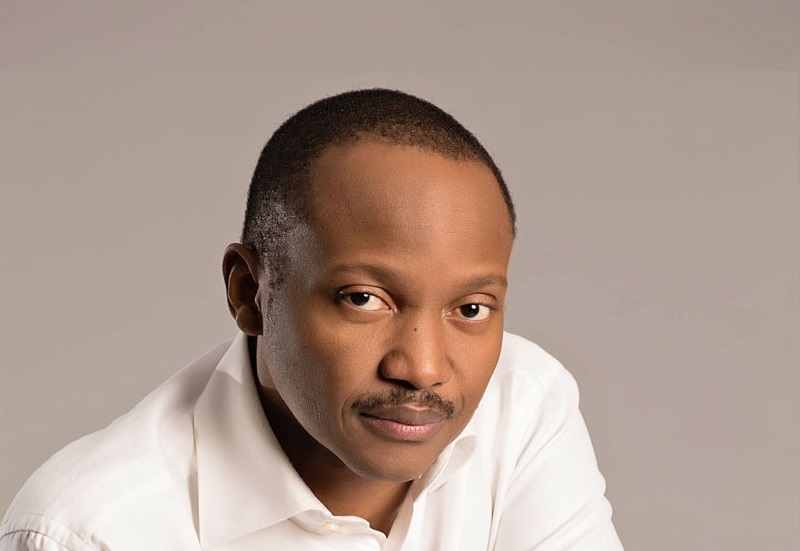 First he was suspended, and less than a week later, Power FM Power Perspective host, JJ Tabane, was fired by MSG Afrika, owners of the station. Speculation mounted on whether he would lose his talk show on SABC 3, Frankly Speaking, but the SABC has so far remained mum on the issue, and Tabane hosted ANC chairperson and mining resources minister, Gwede Mantashe, last Sunday evening.

The fracas started during the state capture inquiry as acting head of GCIS, Phumla Williams, delivered hair-raising evidence in front of Deputy Chief Justice Raymond Zondo about life in the communications department under disgraced former minister, Faith Muthambi. Tabane had been part of Muthambi’s advisory panel. And so, on air, he apologised to Williams.

“Sorry to Phumla Williams for having been complicit in your oppression by Faith Muthambi. I am ashamed . of any role I had in it. Ready to appear before Zondo to testify,” he said.

Sorry to Phumla Williams for having been complicit in your oppression by Faith Muthambi. I am ashamed I of any role I had in it. Ready to appear before Zondo to testify. #powerperspective

And so started another dramatic confrontation, this time with Chris Vick, an experienced spin doctor himself who spent many years at the side of businessman and politician, Tokyo Sexwale. Vick pointed out that Tabane had advised Muthambi on media matters and had also set up a panel to assist her.

“But you used to work for ‪#faithmuthambi when she was communications minister, bro. Didn’t you set up that huge advisory panel for her (the one I resigned from) and write those ridiculous opinion pieces in her name? Weren’t you advising her?” he tweeted.

The social media fallout was cataclysmic, with everyone for the BLF’s Andile Mngxitama and Tabane’s listeners delivering totally opposing views on the matter.

But it raised several interesting issues, not least how it was handled in terms of reputation management, and also on the role of spin doctors and their politician principals. What happens to those communicators who worked for discredited ministers in the Jacob Zuma administration or the heads SOEs at Eskom or the SABC? Were they just doing the jobs they were paid for, or do they have some responsibility for what they did in the name of their political masters? And was PowerFM right to fire Tabane over his apology and what happened subsequently?

“While much of the commentary in the public arena has been reduced to Mr Tabane’s on-air apology to Ms Phumla Williams, emanating from the state capture enquiry; the main issue is that Mr Tabane committed serious material breaches of the provisions of our independent contractor agreement rendering it impossible to continue a contractual relationship with him,” said Power FM’s Bob Mabena said in a statement announcing Tabane’s contract had been terminated.

“As a trust-anchored platform that disseminates and facilitates critical national conversations, POWER 98.7 strives to ensure that such conversations are conducted authentically, truthfully and credibly,” said Mabena.

Crisis communications expert Janine Lazarus believes it was a “heavy-handed” thing to do. “But I’d hope that a reputable radio station like Power FM wouldn’t have taken this decision lightly,” she said. “Having said that, I don’t think that a platform on radio gives anyone the right to launch a tirade. It’s ugly, unprofessional and casts aspersions on the integrity of the individual. As journalists, we need to report on the news – and not become the news itself.”

Dr Glenda Daniels, associate professor in media studies at Wits University, said the station should not have fired Tabane. “I have never heard of anyone being fired for making an apology before. It sounds ridiculous to me. I thought we had to use our spaces for public debate, opinion, airing of views and this must therefore include apologies too,” she said. [Daniels is Tabane’s PhD supervisor.]

“Surely talk radio is a good forum for airing out stuff from the past, the whole point actually. I think JJ was saying that he made a mistake being part of that advisory panel, and he was admitting it. I don’t see what was wrong with that,” she added.

Solly Moeng, managing director of Don Valley Reputation Management, disagrees. “Power FM is in its rights to do this. In some way, Tabane has been an enabler of state capture for the role he played while he knew it wasn’t right and that much of what was being done was unethical and against the interests of South Africa,” he said.

“This can be compared to the Bell Pottinger case. Communication consultants must be values driven and not simply accept assignments because the money is good. They have to consider the reputational ramifications on themselves and the audiences targeted by their messages. Simply taking the money and running, irrespective of potentially toxic reputational considerations, is not good enough; it’s unacceptable. South Africa has paid a huge price for state capture…and it’s still unraveling.”

Daniels, however, said when people admit they made mistakes in working with certain unsavoury ministers – their apologies should be accepted.

Lazarus was surprised that Tabane and Vick let loose as they did in a public forum. “These things are best left off air, and definitely entirely away from the spotlight of social media,” she said. “I’ve learnt from my own experience that you post on social media at your own peril.  Quite frankly, we, as communicators, should know this better than anyone else. Having said that, I have great respect for both JJ Thabane and for Chris Vick, which is why I’m astounded by the fact that they allowed this to play out in such a public forum.”

She pointed out that the interview deteriorated into a shouting matcc, “… something both of them would undoubtedly caution their clients to refrain from doing”.

Moeng believes Tabane should have cleared his plan with his bosses first. “It’s not clear that he did. His was a huge revelation, to do it just like that, nonchalantly, was careless. In fact, he should have offered even before to testify at the commission. A mere sorry/askies for enabling wrong doing against our country is not good enough,” he said.

At the same time, Lazarus and Moeng understand that being a government-aligned spin doctor is not easy.

“Journalists always have the obligation to exercise a level of cynicism, to ask probing questions, find their own sources and corroborate news stories and accounts they receive from people who might have something to hide,” said Tabane. “Political spokespersons almost always ‘spin’ the truth, at some level. There are good ones and bad ones, of course, but in a political climate such as the one we went through under the Zuma presidency, they would have something to hide.”

And Lazarus added, “Spin doctors certainly have their work cut out for them – more especiallly when they work in an advisory role at the behest of government officials. The agenda will no doubt be set by the politicians – particularly in the thick of state capture.”

But, as Moeng pointed out, there are no short-cuts in reputation management.

“In an era where reputation can make or break brands, it makes sense for reputation conscious brands, e.g. Power FM, to act if one of their own might bring toxicity too close to their brand. No brand should ever be on the back-foot, in the defensive, reputationally speaking,” he said.

But former radio man and outspoken commentator on the medium, Damon Kalvari, had a different view. Tabane’s actions made great radio, he said. 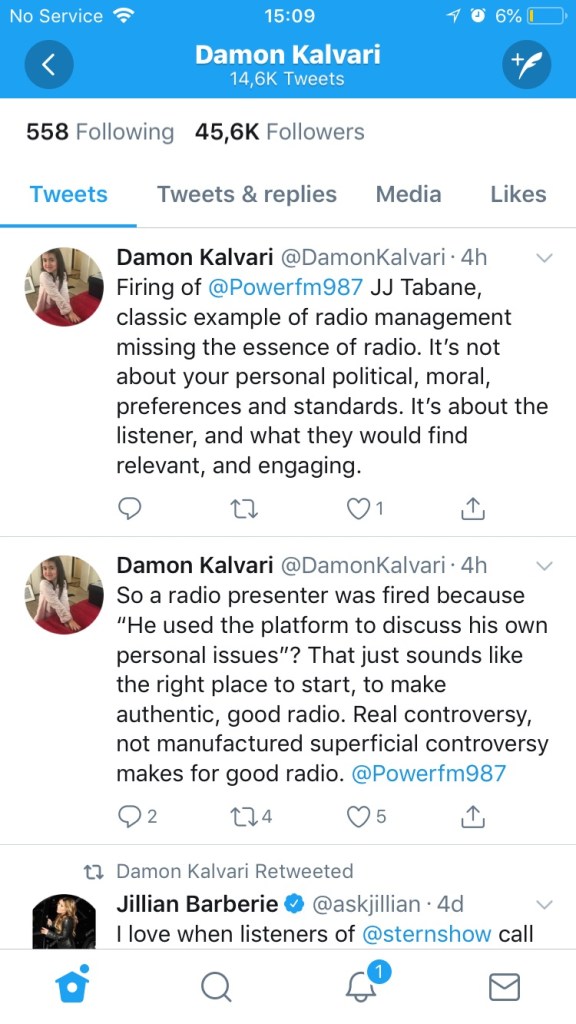