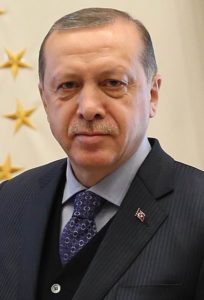 Controversial Turkish President Recep Erdoğan got media from around the world talking with his speech this week, which focused on the disappearance and suspected murder of Washington Post columnist, Jamal Khashoggi.

While Erdoğan promised to reveal “all the naked truths” about what had happened with Khashoggi, the Turkish ruler merely recapped the facts already known, disappointing many that had tuned in to watch the address.

However, he did drop one bombshell, he leveled an accusation of accusation of “premeditated murder” and a “planned operation” against the Saudi regime. Though, he kept Saudi Crown Prince Mohammed bin Salman’s name far away from the accusation, alluding to other players in the Saudi’s top echelon as part of the operation against Khashoggi.

More details about the speech, published by Ahval, can be found here. 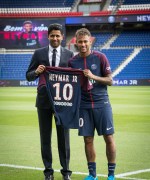 Some French first division soccer clubs are unhappy with the value being offered by current international media rights for the league, and are calling for a renegotiation of them.

When compared to the rights for other European soccer leagues, the French international media rights are just a fraction of their counterparts.

While viewership of the league is growing massively, due to an influx of global marquee players, such as Neymar, the money is just not coming in as strongly.

To read more about the story, published by Inside Sport, click here.

Daimler is the parent company of Mercedes-Benz.

Digital transformation for the brand was one of the key strategies central to the pitch, which was put out in May of this year.

B&T has more information about the win, click here. 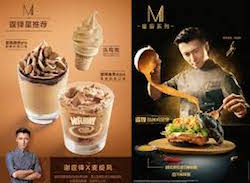 Product placement is nothing new in advertising, but fast food giant McDonald’s recently took this tactic to a whole other level.

A new music video for popular Hong Kong singer-songwriter Nic Tse simultaneously served as an advertising platform for McDonald’s, through an accompanying advert. The videos can be viewed here, published by Mumbrella Asia.

In other brand news from the Asia region, airline operator Emirates will be launching its new brand promise, ‘Fly Better’ on 1 November.

You can find more details at Mumbrella Asia, by clicking here. 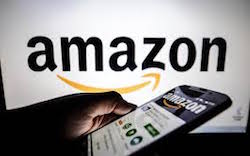 Amazon is reportedly considering sharing more of its data with brands and agencies. The reason, Advertising Age reports, is that advertising is the fastest growing business segment for Amazon. It is holding meetings with major companies such as Dentsu Aegis, Omnicom and WPP.

“Amazon is developing data and analytics tools for brands, backed by machine learning and its ubiquitous web services. Amazon already is running experiments with different agencies and brands, some that look at targeting ads and some that measure attribution, showing which ads lead to business results. There is a flurry of ongoing trials, but advertisers say they expect it will eventually lead to a coherent concrete data service operated by Amazon,” the magazine reported.

“What Amazon is building will enable brands to craft a full-journey, attributable marketing experience,” said Chris Apostle, EVP and head of performance at Havas Media, who was able to discuss only part of Amazon’s ambitions.

New WPP boss Mark Read reckons the global holding company has been “too slow to adapt”, and has warned revenues are “deteriorating” after a 1.5% fall in the third quarter. Now it plans to sell Kantar, while still holding a stake in the research company.

Campaign reported that WPP shares have plunged 15% to around £9, which means the stock has halved since its £19 peak in March 2017 and the company’s value has dropped from £24 billion to £11.5 billion.

“Turning around WPP requires decisive action and radical thinking, and our performance in the third quarter of 2018 reinforces our belief in that approach,” Read told shareholders. “The slowdown primarily reflects a further weakening of the performance of our businesses in North America and in our creative agencies – issues that we highlighted in our interim results.

“As previously stated, our industry is facing structural change, not structural decline, but in the past we have been too slow to adapt, become too complicated and have underinvested in core parts of our business.”

Campaign has the full story.