Ringing in the 2018 festive shopping season, Jacaranda FM on Thursday launched the Jacaranda FM Mall. The digital mall is a brand new online shopping hub offering exclusive deals to consumers that cannot be found in-store or online anywhere else in the country.

Jacaranda FM’s general manager, Kevin Fine, said this was a venture that will have unparalleled benefits for advertisers and listeners: “We’ve looked at the needs of both our clients and the Jacaranda community, and we have are now bridging another gap between our clients and audience, both whom are looking to engage and transact digitally more often,” he said.

“The mall creates the perfect space to deliver value to advertisers and help them drive their digital sales ambitions with a solid user experience, infrastructure and payment gateway. At the same time consumers are looking for great deals in order to spend their money wisely and we will use all our on air and digital marketing resources to ensure that our 3 million strong listening and digital audience are exposed to exclusive highly discounted deals and vouchering coupons that cannot be found in store or online elsewhere.” 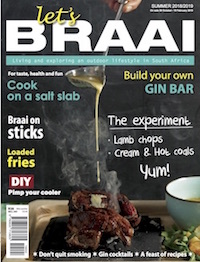 Lonehill Trading, publishes of The Gardener and Die Tuinier Magazines have rebranded their annual The Gardener Explores the Ultimate Braai magazine. The new look magazine is now simply called Let’s Braai and for the first time this year, will be published in Afrikaans as Kom Ons Braai.

These magazines will go on sale on the 16 November and will include new ideas on outdoor entertaining, including recipes on cooking on sticks, using salt slabs, smoking the easy way and much more like using Asian flavours and adding hot coals to cream to make a smoky sauce. The DIY projects include making a gin bar in a day and pimping the cooler for those sultry summer days outdoors.

Two leading digital editors have joined the board of the World Editors Forum.

Ingeborg Volan, audience director of Dagens Næringsliv, Norway, and Dmitry Shishkin, outgoing digital development editor of BBC World Service, UK, were accepted onto the board of the World Editors Forum at a meeting in Oslo.

“Both Ingeborg and Dmitry are skilled digital news leaders who bring a depth of international and practical newsroom knowledge to our board at a time when world events demand we take action to protect our industry and promote its importance,” said Dave Callaway, president of the World Editors Forum. “We welcome their talents and strategic insights and look forward to putting them to work.”

The Johannesburg Roads Agency (JRA) has a new managing director with effect from the 1 November 2018. Goodwill Mbatha a qualified Chartered Accountant, is no stranger to the corridors of JRA, having spent the last six years as chief financial officer. He holds extensive experience within the private and public sector as a chartered accountant. His passion and leadership enabled him to secure various management positions.

BDO in South Africa will be working closely with The Looking Glass and Alphabet Soup towards their first local advertising campaign in line with the merger with BDO and Grant Thornton offices in Cape Town, Port Elizabeth and now Johannesburg.

These partnerships support BDO’s significant growth in South Africa this year as a result of the merger with Grant Thornton Johannesburg and the establishment of a business restructuring service.

The partnership with The Looking Glass and Alphabet Soup was designed to amplify BDOs business strategies and enhance BDO’s client relationships.

Tiso Blackstar has announced that the Blackstar Holding Group (BHG) has successfully achieved a level 1 B-BBEE contributor status (from a level 2 in the prior year), in accordance with the department of trade and industry’s B-BBEE Codes of Good Practice.

A number of significant South African brands fall under BHG’s black-owned level 1 contributor status including the media division with titles such as the Sunday Times, Business Day, Sowetan, Sunday World and Financial Mail; the broadcast and content divisions including BDTV, The Home Channel and Rise FM; and the Hirt-Carter printing and software solutions operation.

The improvement in the Group’s B-BBEE status is reflective of the ongoing commitment to making a positive contribution to transformation, recognising that it is critical for the sustainability of its core operations situated in South Africa.

The new product will allow customers to upgrade from a feature phone with only voice and text capabilities, to a fully connected handset with fast, 3G internet. Because of the competitive pricing of the device, access to advanced digital services is finally a reality for everyone.

“With 834 million people still unconnected to the internet in Africa, today’s launch with MTN, UNISOC and China Mobile stands to have a significant impact on communities across the continent,” said Sebastien Codeville, CEO of KaiOS Technologies. “MTN has one of the largest customer bases in the region, and coupled with KaiOS, we’re taking an important step toward closing the digital divide on the continent.” 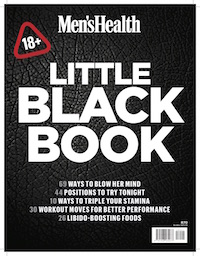 Compiled by the editors of Men’s Health and the best sex and relationship experts in the world, the MH Little Black Book covers all elements of a man’s sex life, from the best positions to try in the bedroom and life-changing relationship advice to the latest sex toys and the greatest workout moves to improve performance and stamina (and to look better naked). “You want to blow her mind and have the best sex you’ve ever had? This little black book is filled with the secrets and tactics you need. Time to level up your bedroom skills,” the publisher’s promised.