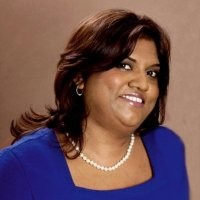 Media and communications expert, Vanessa Perumal, is taking her innovative practice in the sector to the next level. Her company, JT Communication Solutions, renowned for delivering creative entrepreneurs to the marketplace, is launching a global platform for entrepreneurs across the African continent. It will launch simultaneously in South Africa, Congo, Kenya, Zimbabwe and Tanzania in January 2019.

Perumal is an activist whose professional roots are in arts journalism and social justice. As a young mother, she recognised that it is possible to do what one loves while looking after her loved ones. She exchanged her journalism career for a professional communications consultancy. Perumal’s practice is driven by transformation and change. It is therefore not surprising that JT Communications Solutions is leading in disrupting the way in which content is delivered to consumers, enabling entrepreneurs to gain access to markets in ways that were previously unimaginable.

The #ECAfrica100 series facilitates business conversations of international importance by profiling and promoting entrepreneurial stories in order to highlight the importance of dialogue around issues of entrepreneurship in Africa on a global scale.

Storie spent the past 11 years of his career with Vizeum in various roles, and before that also worked for Aegis Media, FCB Cape Town, and Peugeot Helderberg. Last year, he won the Media Agency Rising Star Award in the MOST Awards.

After just under a year-and-a-half as eNCA’s editor in chief, Mapi Mhlangu will be stepping away from the role with immediate effect.

The broadcaster cited Mhlangu’s juggling of the onerous demands of the job along with the workload of her MBA as the reason. “The tension between these two commitments was raised a couple of months ago leading to a difficult decision for both parties,” eNCA said in a statement, stressing that the decision was by mutual agreement.

“The company acknowledges Mapi’s contribution and would like to thank her for her unwavering loyalty to our newsroom and the huge part she has played in its success,” said Khalik Sherrif, CEO of eMedia Investments. “We believe the time is right ahead of the election period to make this change, allowing the existing management team a chance to focus and prepare for 2019.”

Mhlangu oversaw the implementation of a number of changes including a complete restructuring of the news output and input protocols; the redesign and construction of three new broadcast sets; the appointment of a number of new key staff; the up-weighting of the channel’s international coverage; launching three new shows (CrimeWatch; Madam Speaker and Almost News with Chester Missing); and a complete revamp of the station’s weekend line-up.

“I leave eNCA in a strong position as SA’s television news leader but this is the right time for me to leave and hand over the reins. I’ve enjoyed the myriad challenges I’ve dealt with during my leadership tenure and know that I leave the operation in safe hands. My only wish is that eNCA continues reporting the news fearlessly and without favour; continues to set the agenda and ask tough questions South Africans deserve answers to,” Mhlangu said.

Current editor-at-large and senior anchor, Jeremy Maggs will step into Mhlangu’s role, curtailing his on air duties for now to head the newsroom. He will be supported by the senior editorial management team, which includes Ragani Achary (head of input); Jody Jacobs (head of output) and Sally Burdett (story editor and head of anchors). 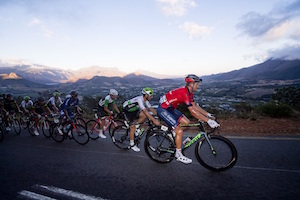 ASG, owner and importer of some of the world’s best cycling brands, has joined forces with South Africa’s leading online retailer, Takealot.com, to elevate the Tour of Good Hope to an international level.

Starting with the country’s premier road cycling tour, which takes place in the Cape Winelands from 4 to 8 March next year, the two industry leaders are committed to building a product that can match similar international races.

ASG Group chief executive Heinrich Dannhauser said they had a wonderful opportunity to transform the Tour of Good Hope into an event that would generate an even bigger international focus.

“Our vision is to work with Takealot, as well as Cycling South Africa, to achieve our objective of establishing South Africa’s equivalent of the Tour Down Under in Australia,” he said.

“We lack an international tour and, with our cyclists making big strides on the international scene over the past few years, the timing couldn’t be better.” 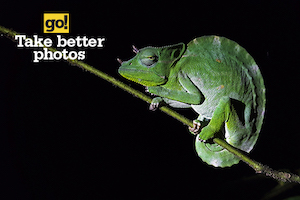 The go!  team drew on years of experience to create a unique photography course aimed at amateur photographers who want to learn the basic principles of photography and how to operate their camera.

The content, bundled in six modules, covers the basic principles of photography like composition and photo editing, and the different functions of your D-SLR camera.

As long as you have an internet connection, you have unlimited access to the course, which means you can work through the content in your own time. You progress from one module to the next by completing (and passing!) a short test.  For more information, or to subscribe, visit //takebetterphotos.gomag.co.za. 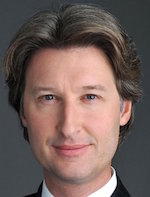 International out of home association FEPE International’s 60th anniversary Congress is now open for registrations. Congress, with the theme The Fame Game, will be held at the Intercontinental Hotel in Dubai from 1 to 3 May 2019.

The keynote speaker is Jean-Charles Decaux, who alternates with his brother, Jean-Francois Decaux, as chairman of the executive board of the world’s largest out of home media company, JCDecaux.

Other speakers, including representatives from out of home companies, specialists, media and ad agencies and leading advertisers, will be announced shortly.

“Next year’s Congress will have more of an international flavour than ever, reflecting FEPE’s stature as a truly global body. Jean-Charles is uniquely placed to describe the challenges and opportunities the industry faces as it navigates a rapidly changing worldwide media.

Shift happens in life and now it has happened to us. Beyoncé, Jay-Z, Guns and Roses, Oprah and Ed Sheeran are coming to town and we suspect this week has just gone crazy in people’s diaries.

So we have taken the very tough decision to cancel the event on 29 November – for NOW!

While the Committee is very disappointed, we recognise that there will be other opportunities to celebrate AMASA as a platform for industry growth, conversation and education.

We get that our industry is frenetic but it is also fun – so watch this space for a party date in the future.