LATEST NEWS
Home Broadcasting Thriller at the SABC: ‘No one’s gonna save you from the beast about to strike’

Thriller at the SABC: ‘No one’s gonna save you from the beast about to strike’ 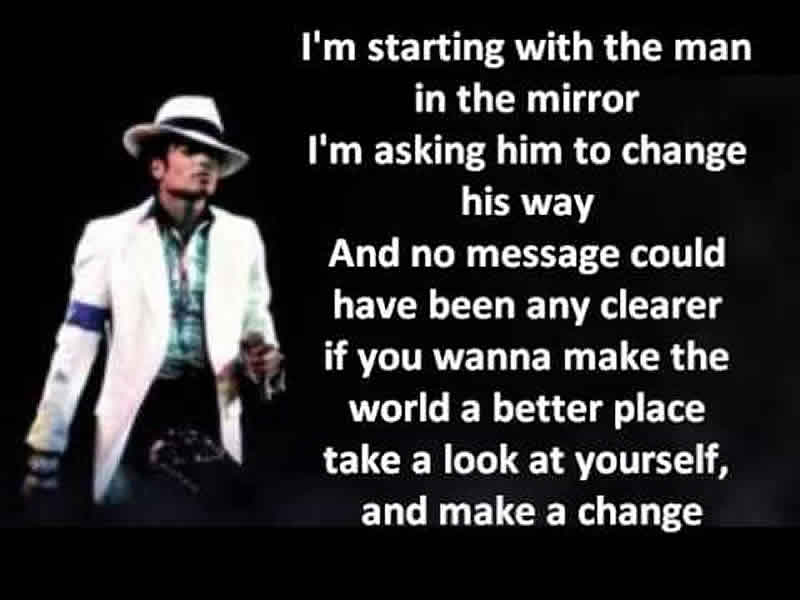 In times of darkness people do funny things: I’m turning to Michael Jackson. It’s generally dangerous to quote Michael Jackson – it shows my age, but I’m doing it because perhaps we need popular culture to help those who are busy shouting at the SABC to grasp their own role in this unfolding crisis.

~ Man in the Mirror, Michael Jackson

Yep, to those same politicians who for years stood by, accepted the lies and the rubbish from the litany of SABC boards, to those who nonchalantly accepted massive pay hikes, who couldn’t find their spine despite editorial interference so blatant that the SABC forbearers stopped spinning in their graves and started to dream again.

To those same cretins in government and the regulator who stood silent when SABC members of staff had their lives threatened, who happily grinned and encouraged wasteful expenditure, to those political parties who actively facilitated the crises in the SABC and suddenly they want to care about the workers and process at the SABC when there is talk of retrenchment? Now they want to care? Now, suddenly, they want to talk good governance when they cheerfully ignored the Public Protector’s report, and had little to say about the numerous Special Investigating Unit reports over the years?

People are right to be fearful and angry about what’s happening at the SABC. The news that it is technically insolvent should alarm all. That they are looking to retrench just short of 1 000 staff members and cut the contract workers’ number by about half is devastating for the institution. Retrenchment is awful and should be a last resort in a depressed economic environment such as ours.

Yet some will say that there have already been mass retrenchments across most of the media sector. Newsrooms across the big media houses have been gutted, not just of managers but of journalists. In many of our media companies, retrenchment has been performed under the auspices of “restructuring”, to “create better efficiencies” – shorthand in most cases for “we want fewer people to do more work and we are investing less in our people and credibility and worrying more about our short-term bottom line”.

To that extent it could easily be argued that SABC should retrench in line with almost every media house in South Africa. In the case of the SABC, though, things are not quite as clear cut.

One manager to seven workers

According to figures released by the head of HR at SABC, Jonathan Thekiso, SABC has 495 managers and 3 376 staff, which works out to a ratio of one manager to every seven workers. Talk about too many cooks spoiling the broth. In addition to that the SABC isn’t just losing money, it is already unable to pay its monthly bills. It is a formidable mess where the board and senior management are being attacked from all sides.

From outside we have already seen ham-fisted efforts by ANC secretary general Ace Magashule to get the SABC board into line, when he seemed to think it was OK to tell the SABC board they couldn’t retrench anyone. The SABC board stood their ground, and made sure to let the ANC know its job was to run the SABC.

Internally, some of the former SABC COO Hlaudi Motsoeneng’s enforcers are clearly still up to their games, ensuring that SAFM carried a story on Friday 2 November at 07:00 and 08:00, quoting Motsoeneng extensively. He assures listeners of his salary (less than R4-million a year), that he had saved jobs and there was a campaign to discredit him. We expect such Trumpian fantasies from Motsoeneng – the question is why did the SABC run the story, with so much air time given to Motsoeneng, where it went unchallenged?

All the more bizarre when the Minister of Communications tweeted the salaries of the former executives: the Group CEO was paid R7.2-million, the COO R15.4-million (Yes that’s Mr Motsoeneng) and the CFO earned R4.1-million.

Those who compiled the story also conveniently forgot the threats and editorial interference and the R30-million bonus Motsoeneng received, let alone his multi-million rand legal bills. It wasn’t just shoddy journalism, it was a shoddy attempt to shape discourse on the board’s decision to discuss retrenchments.

The board is also under pressure to form a quorum. As things stand there are enough board members, but should just two of them leave or be strongly encouraged to resign we won’t have a quorum, and then? We have to have emergency processes for an interim Board. We have been there too many times to even replay that record.

Think this sounds far fetched? Remember the dark forces that threatened the lives of SABC employees: in one case, the harassment was so severe it led to the death of Suna Venter. Then there is the hit on head of SABC legal services Sizwe Vilakazi.

To date no arrests have been made and the SAPS are silent. So too, interestingly, are the ANC and those in government… hmm, they seem to care less about some people. Thanks to the work of some civil society organisations, SOS, MMA and FXI, we secured a critical court ruling that determined the independence of the SABC board and dealt a serious blow to ministerial interference.

Already some appointments have been based on capability and skill, and bar some rumours, there has yet to be any evidence presented publicly that the senior executive team are in any manner neither incapable nor unfit to carry out their jobs. So, we have an independent board, a skilled senior executive team and a critical shift in the SABC.

Perhaps the most worrying element is that despite clear and repeated requests for a bank guarantee, there has been no meaningful assurance from the Department of Communications, National Treasury or the Presidency. Some might say it is because the SABC has a poor track record, and they would be correct. But look at SAA, Denel and Eskom. If their track records were race tracks they would be unending, more pot-holed than track and continually in darkness.

Some have also hit back saying that it is because the SABC doesn’t have a turnaround strategy. First, that’s not true. The SABC board has spoken at length to Parliament about it and also presented part of the strategy at a recently held colloquium on public broadcasting. But we also know that if we look at SAA, it has had more turnaround strategies than return flights and still gets busloads of cash to throw away.

The SABC has been aware of its shattered financial position since the new board was appointed. It has been asking government for a guarantee for more than a year.

This isn’t a bailout — think SAA, Denel and Eskom, where for years it seems they have had management teams more interested in stealing from the entities than running them or have had people so utterly useless they couldn’t organise a piss-up in a brewery.

Despite the perpetual losses and plans so bad not even The Avengers could rescue them, they keep getting bailouts. Yet, we have a critical public institution on the verge of financial collapse and instead of being supported, those trying to turn it around are being attacked?

The threat of retrenchment is real, and a hideous thing to have hanging over the heads of staff who are trying to do their jobs. Pushing the SABC to a financial precipice exacerbates this. Had the SABC been given a guarantee a year ago, maybe a lot fewer staff would have to be retrenched. Rather than prancing around saying no to retrenchments, political parties and the Minister of Communication would be better served if they actually pushed for a guarantee, instead of promising false hope.

You can bet when things go bad, the big politicians will be absent. For those who aren’t keen on Man in the Mirror, these lyrics seem equally apt.

The only trouble is, the end of this song in real life isn’t white socks and sexy dancing, but a failed public broadcaster and the return of an era of Motsoeneng-style madness.