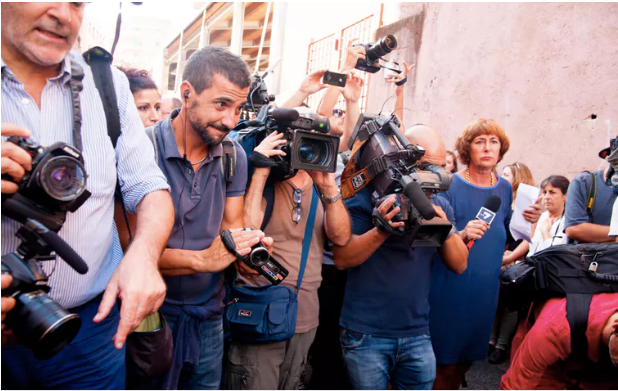 An ongoing global journalism survey, The New Beats, explores, among other things the steady decline of beat journalism. The Conversation Africa’s Natasha Joseph spoke to Dr Glenda Daniels, who is heading the South African leg of the research, about why beat reporting matters and why it’s at risk.

What is a “beat” journalist, and what’s their value as reporters?

A beat journalist specialises in a particular field. They have covered a particular “beat” or area and know it inside out. Beats include areas like politics, business, environment, education, science, labour, local government, courts and health.

When people read a beat reporter’s byline (their name on the story) they expect expert and factual news and analysis. It’s the opposite of generalist reporting.

Beat journalism worldwide is disappearing. There are several reasons for this, among them the corporate and commercial pressures of going digital and competition from social media. Media companies retrench experienced reporters first to cut their salary bills – and beat reporters tend to be among the more senior staff.

I attended a symposium on the New Beats project in Australia earlier this year which highlighted a decrease in beat reporting across countries ranging from Finland, Brazil, Indonesia, US, Netherlands, and Canada.

This has consequences. In a discussion paper at the symposium based on his research, Professor Matthew Ricketson from Deakin University showed that without “boots on the ground” – beat reporters covering, for example, court or rural issues – indigenous people’s issues are disappearing from media coverage.

For the most part in Australia, news about indigenous groups comes from activists’ tweets or from research conducted by academics, rather than from the mainstream media.

How does South Africa stack up?

South Africa appears to be following a pattern established in the western, developed world. There have been several waves of retrenchments. Experienced professional journalism staff are down to a minimum. Certain specialist sections or pages have been cut altogether – a books page, for instance, is increasingly rare.

And certain beats have been abandoned, for example labour reporters haven’t been replaced. This beat is covered by politics desks. The lack of magistrate court reporters and local government reporters – which used to be important beats – means there’s a lot going on, on the ground, which the public misses out on.

What do journalists think of this trend?

Some of the South African respondents in the Job Losses/New Beats survey had scathing things to say about what happens when specialisation or “beat” reporting is lost.

Journalism has become increasingly undervalued as a profession. Too many bad writers and too few beat specialists, which means that people in power are getting away with murder.

I don’t read newspapers anymore, but I find some excellent pieces on online publications. Generally, (media is) under-resourced, underfunded and a lot of (the) time lacks specialised writers. …The specialised photographer was made redundant years ago…

Another spoke of the tensions between media investors who want commercial success, and journalistic ethics:

The level of under investment, resultant juniorisation and low quality outputs do a disservice not just to investors and those who practice (journalism), but to democracy at large.

Juniorisation refers to the practice of newsrooms hiring inexperienced journalists who have not, usually, gone through traditional training in a cadet school.

It’s a messy, sometimes bloody transition – and beat journalism is among the victims.

What does this all mean for audiences?

There’s been a decline in in-depth news coverage of any particular field and a corresponding rise in superficial array of news on a variety of topics. Infotainment gets passed off as “news”. Celeb gossip and sexy pictures sometimes fill pages. Media companies hire young generalists or all-rounders who can do 24/7 reporting, uploading of video, blogging, tweeting and brand or celebrity journalism – where the reporter is part of the story.

It appears that journalism is chasing technology and social media appears to lead journalism. That’s especially dangerous in this era where “fake news” –which includes misinformation and disinformation – has become a common complaint – and, as research shows, travels fast. Readers are often left asking whether they can trust what they’ve read, or if they’ve been fed misinformation or propaganda.

So what’s the solution?

The best case scenario or ideal situation for journalism to serve democracy is to restore journalist beats. It’s crucial for newsrooms to start going back to basics. For instance, training programmes need to be re-instituted; most newsrooms have scrapped these, as my colleagues and I have outlined in several “State of the Newsroom” reports conducted in South Africa in recent years.

Another approach is to cut executives’ and managers’ salaries, and to pay senior journalists to mentor younger reporters on specialised beats. In this way, good journalism can be saved.

*The full results of the international New Beats survey, including those from South Africa, are due out in 2019.