A national student television network is being launched at South Africa’s top universities, giving the tertiary institutions a vital added income stream as well as providing brands with direct access to this important Generation Z demographic. 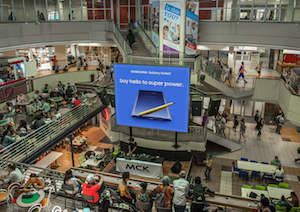 BOO! CEO and founder, Dave McKenzie and his experienced team, have been working on the innovative concept for three years, assisting universities in identifying viable “third stream” income opportunities, like harnessing brand advertising through potential advertising opportunities on campuses.

“This project, dubbed ‘The Media Transformation’ project, has been in development for three years. Learning how the universities operate and building their trust in us and what this initiative stands for, took longer than anticipated,” said McKenzie. “We had to learn their business and the income that we will generate will be utilised by the universities for their projects, and will filter down into enormous benefits for students who cannot afford their tuition fees, as one example.”

The first universities to sign up with BOO! to roll out the campus-wide media channel are the University of Cape Town, Stellenbosch University, University of the Witwatersrand, Rhodes University and the University of Johannesburg. BOO! has already begun installation and trials at Stellenbosch and Rhodes universities, and will officially launch the new student media network on 1 February 2019 at five of South Africa’s top universities, reaching over 150 000 students in the spaces they converge on with high dwell times, like the library, outside large lecture halls; student centres; residences, dining halls, cafeterias, cafes, foyers, food courts and main entrances. 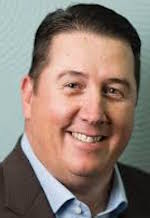 Mediamark managing director, Werner Lindemann, has resigned to pursue an opportunity with an international technology company in the business-to-business space. He will remain with Mediamark until early 2019 to ensure a smooth handover.

Lindemann joined Mediamark – a member of the Kagiso Media Group – as managing director in 2016 and has helped lead the company’s transformation into one of the country’s leading providers of integrated marketing solutions with a powerful digital capability. Before the Mediamark MD role he was commercial director at Kagiso Media and on the board of Mediamark since 2013.

“Mediamark is a phenomenal company with incredible talent, and I am sad to be leaving after five enriching years in the Kagiso Group,” said Lindemann. “However, I feel Mediamark’s transformation into a multichannel sales house is well under way and I feel ready for a new challenge.

“Mediamark has an experienced and dynamic leadership team with an exceptional vision for the company and a strong ability to execute on their ambitions. I look forward to seeing how they continue executing on their strategy.”

Mediamark will announce its new MD in due course. 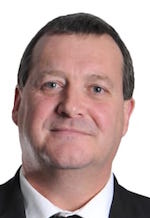 Gauteng Growth and Development Agency and The Innovation Hub board members have announced the appointment of Advocate Pieter Holl as the Chief Executive Officer of The Innovation Hub. Holl succeeds Dr McLean Sibanda and was the Acting CEO from June to November 2018.

Prior to joining The Innovation Hub, Holl was the deputy director-general responsible for business regulation and governance for Gauteng department of economic development, the position he has held for eight years where he contributed greatly to the success and management of the department.

He has held other senior management positions for over 15 years, with management responsibilities that included legal advisory services, technical and operational functions in key areas for organisational management; including budgeting, preparing business strategies and plans as well as setting procedures for effective implementation of corporate governance systems.

Powell has been appointed to help dmg events target portfolio growth across the MENA region. His arrival comes just weeks after the appointment of Chris Kilbee to the role of senior vice president for the construction division and demonstrates the growth ambitions of the business as it increases the leadership capacity at senior levels of its construction team.

“Feedback from the market and our customers has shown there is significant opportunity for our construction division to geo-adapt existing brands to new territories and launch new focused events where there is demand,” said Kilbee. “Nick’s appointment will provide additional bandwidth within our senior leadership team and increase the focus on some of our most important and fastest growing events.” 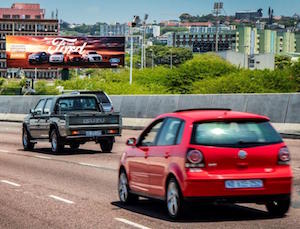 Outdoor Network has unveiled a large format double-sided digital billboard site on the M3 highway in close proximity to the Durban CBD.

The site is significant in size and commands an imposing presence, measuring 4.5m x 18m (81m2 on each side), and is located adjacent to the M3, facing all eastbound traffic from the N3, N2 and Pietermaritzburg into the CBD, and the south and westbound traffic exiting the city.

“It is the single largest digital out of home billboard in South Africa and demonstrates Outdoor Network’s commitment to investing in state-of-the-art out-of-home advertising in strategically-positioned locations,” says Warren Dugmore, Outdoor Network’s head of sales, billboards.

Each side of the billboard is expected to reach an audience of well over 500 000 consumers. With an average frequency rate of 6.5, the site is expected to deliver 3.3 million impacts every month (ROAD2015/2016/2017C), offering significant exposure and value for any brand taking up the space. 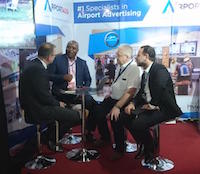 Airports Council International (ACI) is the only global trade representative of the world’s airports and represents their interests with governments and international organisations.

The theme of this year’s ACI Africa event was ‘Challenges of safety and security in African airports, issues and perspectives’. It was attended by regional and global leaders from the airport industry, government officials and regulators, who were all on hand to discuss African airport safety and security, while exploring innovative solutions and addressing the upcoming challenges of aviation in the region.

With this in mind, the purpose of the joint sponsorship was to strengthen ties with its various partners and to forge new relationships, with the purpose of ultimately servicing the growing needs of airports across the African continent.

The market research industry is at the tipping point of the automation wave. According to the latest GRIT report, automation is especially popular when it comes to analysis and reporting of quantitative research, with close to 50% of participants reporting to have adopted, or being in the process of piloting, automation tools.

DoubleVerify, provider of marketing measurement software and analytics, has formed a partnership with InMobi, a global provider of enterprise platforms for marketers. As part of the partnership, DoubleVerify will provide always-on fraud filtering and measurement for mobile in-app advertising campaigns across the InMobi Exchange globally.

The integration with InMobi covers pre-bid targeting for all InMobi Exchange impressions within the leading mobile in-app platform, as well as monitoring of post-bid fraud activity, such as spoofing – enabling InMobi to continuously refine the quality of its mobile ad inventory.

“DV’s partnership with InMobi demonstrates our commitment to provide consistent, comprehensive quality coverage for global brand advertisers,” said Matt McLaughlin, COO at DoubleVerify. “With ad spend increasingly concentrated in mobile, it’s imperative that brands have transparency into the quality of mobile app inventory. We are proud of our partnership with InMobi, which expands the footprint of our fraud prevention capabilities and further distinguishes DV as the leader for mobile app verification.”

SABC Education, in partnership with the department of basic education (DBE) is launching its matric results services, which will run from 10 December 2018 until 31 January 2019.

Education minister, Angie Motshekga, will announce the release of the National Senior Certificate results on 3 January 2019. The SABC Education Matric Results service will release the results to all students across all Provinces who registered on its database using SMS, USSD or the new matric results service, MatricsMate App on 4 January 2019.

It is paramount for learners to register on MatricsMate for them to access their results via this app. Learners should register their 13 digits ID number and exam number on the platform of their choice to access  their results. In 2017, more than +/-300 000 students received results via the SABC Education SMS and USSD services.

Global Out Of Home Media rebrands for the future

2018 has been a year of change for Global Out of Home Media – a division of the Provantage Media Group – in which it has implemented and put in place foundations upon which to capitalise on its market-leading position in the African market and deliver tangible results for its customers. 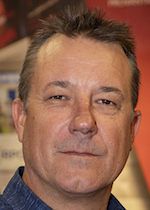 A key element in this change has been a rebranding of the division, in order to position the company for future growth and development.

With this has come a new logo that places Africa ‘at the heart’ of Global Out of Home Media, illustrating the division’s passion for the continent.

“The new look and feel builds on our legacy and heritage, but also offers a modern take on it, which complements the company as leaders in the out of home space,” said Howard Lonstein, marketing manager of Global Out of Home Media.

Another important development has seen the appointment of experienced industry professional Patrick de Robillard as Global Out of Home Media’s head of sales. De Robillard has over 20 years’ experience in the industry and is a specialist in the African market.

Recent stats* released to The SpaceStation by Google Ad Manager show that their overall ad viewability sits at an 71%, which is a much higher than the South African market standard, over the same period, of 51%. The same stats also showed an above-the-fold viewability of 82% compared to a market rate of 65% and a below-the-fold rate of 60% compared to 43% clocked by the market.

The IAB qualifies a display ad impression as viewable if 50% or more of the advert’s pixels appear in the viewable space of an in-focus browser tab for at least one-second post render.

“Viewability is one of the most logical of metrics, and one of the most important when it comes to campaign success,” said Craig Nicholson, regional sales director, Joburg at The SpaceStation. “There have been numerous studies done that have shown an inarguable link between viewability, CTRs and the material impact on offline store visits and conversions.  While viewability is not a reflection of an ad’s effect or engagement, it is all about whether the consumer has been given the opportunity to see the ad – an essential factor in a campaign’s success.”