Glitter and gold: Dynamics of the dial 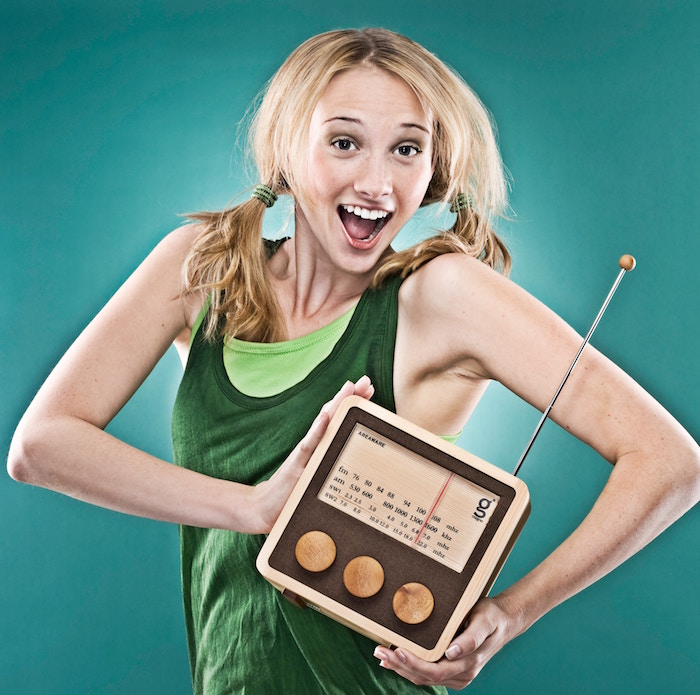 
At Radio Days Africa 2017, Chris Wright (head of BBC Radio 1 – music) said we were entering into the “golden era” of radio. While there was an element of truth in Wright’s statement, all that glitters is not gold!

Creativity, astute practitioners and station agility have created a platform for success, across commercial and community radio, which will continue to thrive in 2019.

There is no doubt that 2018 was tough on the industry. The signal shutdown by Sentech of several community radio stations due to non-payment, the continuing structural challenges at the Media Development and Diversity Agency (a vital support mechanism of the community sector), the regular turn of the government’s ministerial wheel at the department of communication, shrinking commercial budgets, and the ongoing debacle at the SABC, were all contributing factors to a challenging year.

Do we have enough creative and financial resources to sustain the industry?

The status of community radio

The ICASA moratorium on issuing new community licences remained in place during the year and this seems set to continue in 2019. The National Community Radio Forum estimates there are 270 licenced and 180 operational community stations in South Africa. If you spend any amount of time with people in the community sector, they will share the burdens of operating a successful radio station with you. Could it be that ICASA has actually made the right judgement call? Is the sector simply overwhelmed with licences that don’t have the resources, financial commitment and staff to successfully run these essential platforms?

This has been a watershed year for a number of community radio stations that have redefined success in the sector to include financial independence. Is this a problem? No. Should it be encouraged? Yes. Financially solid stations rely less on political money, and therefore have the opportunity to create true community content that serves the needs of the audience, which is the essence of community broadcasting. The more this financial hybrid can be applied to community radio, the better. Hopefully this year will see more community stations grow financially, strengthening audience numbers and stimulating community participation.

What about those community stations that don’t have the luxury of being situated in affluent areas or have access to a wealth of skills? There is a real threat of being shut down, the latest causality being Karabo FM in the Free State. Poor governance, issues at managerial and board level, as well the financial and resource problems highlighted above, can easily spiral into a station that has its licence revoked. Audience numbers are a factor in the success of a station, but effective management is far more important in keeping the red light on.

It has been said that when the SABC sneezes, the industry catches a cold. Last year the National Community Radio Forum made a strong argument for job creation, saying that if 10% of the proposed SABC bailout money were to be invested into the community sector, thousands of sustainable jobs would be created.

This is true, but as the commercial environment has proved, we need more than radio passion to survive in the long term. We need broadcast acumen. I believe that the new minister of communications, Stella Ndabeni-Abrahams, would be well advised to take a portion of the proposed SABC bailout and invest it in structured broadcast education programmes. The SABC and community sector have proven in the last 10 years that we need it.

The SABC on its knees

South Africa’s public broadcaster has been on its knees: it’s been juggling, been begging and been in parliament, all in an attempt to prevent itself from becoming a has-been. It strikes me that the request for R6 billion to reposition the corporation may actually be better spent in closing it down and starting a brand new entity, designed to deliver on the needs of a diverse audience in a non-influenced and cost-effective manner.

This doesn’t seem that far-fetched considering the wild antics over the last few years. There is no doubt that 2019 will be an important year for the SABC with the national elections front and centre, while las year will be synonymous with threatened retrenchments and reports of technical bankruptcy.

How far will the late-November 2018 fight between Ndabeni-Abrahams and the SABC board go, and how many more resignations are looming at board level? I don’t believe it’s a question of whether the major stakeholder, the South African government, will bail the corporation out, it’s a matter of when. There is no doubt that the SABC employs too many staff with the wrong skills in the wrong positions at an inflated rate.

We must, however, remember that the move (albeit a slow one) to digital will require more, not less staff. Could a strategic move that might inspire shareholder confidence, not be retrenchments at the SABC, but the re-alignment of skills to create content and lead the creative revolution?

On the commercial front, the Free State and Eastern Cape have been waiting years for their licenced commercial stations to operate fully. Some mediocre signal testing has taken place, but there’s been no real commitment to investing in talent that can and does make a difference at provincial level. Majority shareholder, MSG Afrika, should make a concerted effort to fulfil the terms of the licences in the near future.

Commercial radio has embraced creativity in commerce and there seems to be a shift in how stations approach brands and advertisers. To remain on schedule, astute operators have allowed a change in their standard on-air procedureS, using traditional advertising airtime, talk-time and presenter influence to promote brands and experiences in a more effective manner. This holistic approach not only satisfies the commercial viability of radio, but also allows the medium to explore new value propositions when considering campaigns.

Changes in technology, consumption and listening habits have seen interesting shifts in the online space. The birth of online exclusive agencies, niched programming and serious momentum in podcasting, are creating a solidified future for audio consumption. The traditional commercial sector has been quick to experiment with on-demand audio, whereas I feel the focus should be on properly researched, well written and well produced audio.

A golden opportunity lies within South Africa’s language landscape, where very little is currently being done, except in English. It’s an obvious gap in the market. The ability to access mother tongue users and tap into funding will be key for audio pioneers. Recording and publishing technology are no longer barriers to creativity. It’s time for the digital generation to stand up and put both hands up!

Concerns about ‘owning the user’ may be valid, but the more radio experiments the more it will continue to win. Interestingly, these partnerships are using community and commercial radio, an indication that they see value in the sector as a whole. The SABC is noticeably absent, while the fourth industrial revolution rolls on and streaming services boom.

Radio remains powerful as it connects people – the golden thread that makes this business great. Did we see an overwhelming introduction of new talent last year? No. Could we try harder in 2019 to mentor, nurture and guide creatives who see and produce sound? Yes. A few legends have returned to the airwaves, but 2018 strikes me as being void of anything exceptionally exciting. Part of any training mantra must be that we teach presenters to speak, be informed, be knowledgeable, be humble and most importantly, be quiet when required.

There is no doubt that talented talkers will find employment. In future, more audio will be consumed via FM, online, on-demand, WhatsApp and live platforms. We need people to conceptualise, create and capture these audio moments. In order to remain relevant, radio must deliver a new generation of talent to audiences desperate for entertainment.

Remember that when the chips are down elsewhere, gold remains a solid and malleable investment. Crafted as jewellery, coins or bars, it’s worth every ounce! Radio doesn’t always have to glitter, but it is gold. 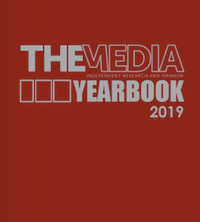 This story was first published in The Media Yearbook 2019. To read the digital magazine, click on the cover image.

Tim Zunckel is a radio programmer, creative and innovator.