LATEST NEWS
Home Broadcasting What lies behind the decline in DStv’s Premium subscribers?

What lies behind the decline in DStv’s Premium subscribers? 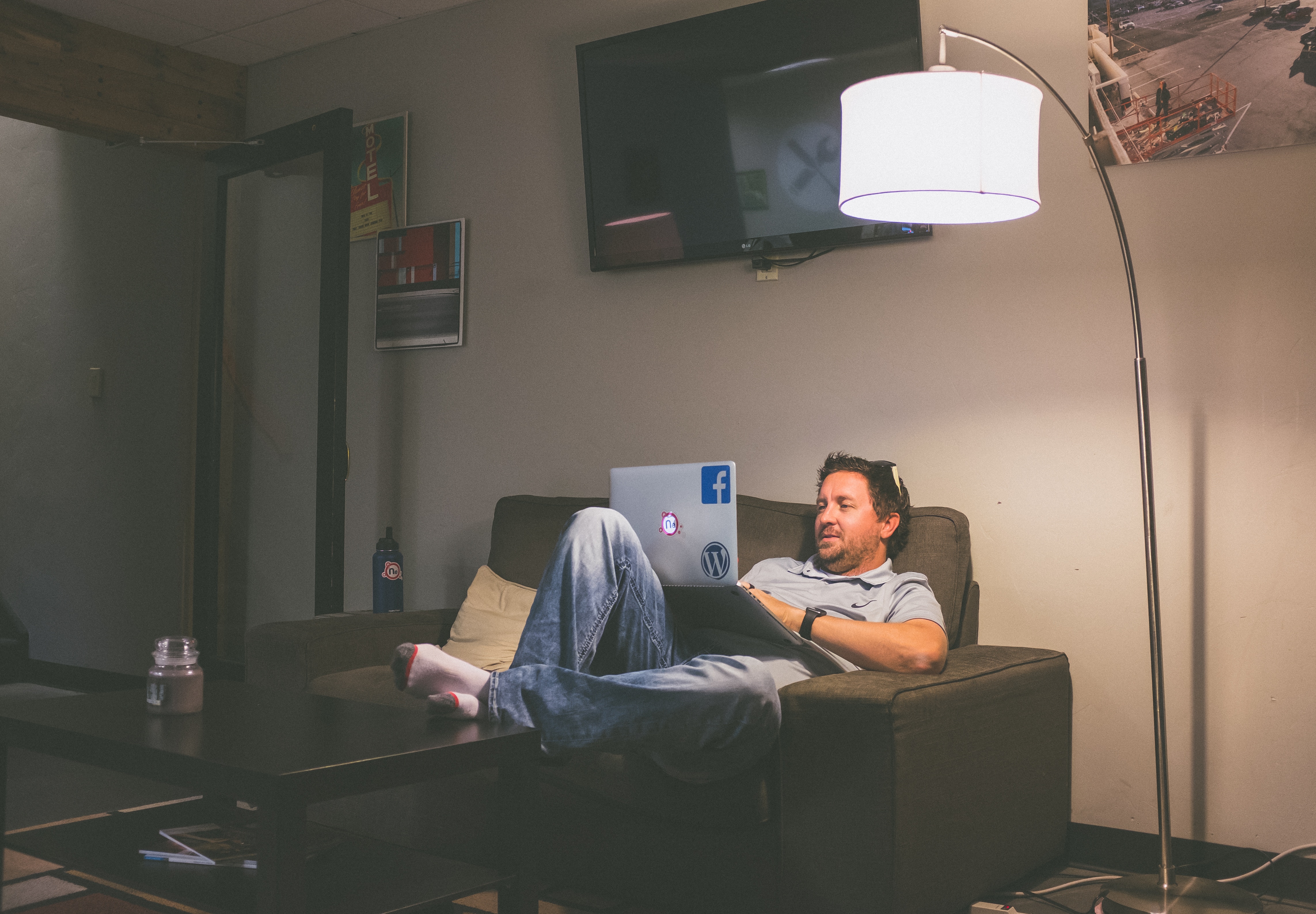 [ANALYSIS] DStv, South Africa’s dominant satellite pay TV service, took a decision that prompts critical questions about its long-term future, not only in the domestic media market, but also in the broader African continent’s one.

On the 1 April 2019, DStv will ‘freeze the price’ of its premium package, effectively ensuring that subscribers to this offering will pay exactly the same rate as in 2018. Subscribers in the middle and lower packages, though, will experience annual fee increase(s) as usual.

DStv is not being benevolent to high-end subscribers. This seemingly unprecedented and revenue-reducing decision is a coerced one. Premium subscribers are gradually deserting DStv. More than 100 000 are, reportedly, already gone. This is substantial, whatever DStv’s subscriber base is. DStv, naturally, had to act to plug the loss. Predictable as this decision is, as subscription-based media companies emphasise more client retention over acquisition, it is a commercially-prudent judgement. DStv must preserve its client base while it simultaneously repositions itself in the fast-shifting African/global media market.

But why are some premium subscribers abandoning DStv?

There is already a popular narrative in the South African public discourse that attempts to respond to this question. This narrative posits that the decline in premium subscribers is a direct consequence of parallel growth specifically in the South African media market of competing internet-based streaming services such as Netlix. DStv itself publicly concurs with this narrative and has formally complained to the ICASA about the competition it faces from ‘unregulated’ streaming services and their impact on its revenue.

Other related strands are that DStv is comparatively expensive (the premium package is about R950); it is a monopoly that offers generally poor service and communication to its clients; and, as a satellite-centric media content aggregator and (then) a direct-to-home provider, not only is it becoming technologically obsolete, but its business model too is nearing an end.

In regard of these factors, though not neatly and coherently articulated by the narrative, subscribers are moving to Netflix.

This story cannot be dismissed in its entirety. Plausible as it is, it is partially true but thin on some empirical facts. Its reduction of consumer behaviour decisions of more than 100 000 deserting premium subscribers to a single variable, the rise of internet-streaming services, without solid empirical facts, leaves more questions unanswered.

As hard as it is to feel for a monopolistic entity like DStv when it is being bullied out of the market by new global bullies, we owe the owners, the shareholders and the public some reasonable analyses. Our writings help form perceptions of other people’s businesses whose jobs other people depend and from whose revenues corporate taxes are derived for public use.

Streaming services not the only variable

But should we discern the exact same correlation here in South Africa too? With what facts? Which percentage of Netflix’s growth in South Africa, for example, is directly attributable to, say, internet-connected middle/upper class immigrant subscribers who may be looking for and consuming culturally-relevant/familiar content? How many of these people are Netflix subscribers who have never had contact with any of the DStv packages in the first place? Since Netflix does not, as a matter of expressed fact, release its subscriber numbers, how do we determine its growth or stagnancy rate?

On the other hand and of premium clients lost by DStv, how many of them, for example, cancelled their subscriptions not so much because they detested DStv for whatever reasons, but only because they were emigrating from South Africa? South Africa’s public discourse is equally punctuated by occasional talks of emigration. Emigration “has mostly been associated with white[[1]] South Africans, [but] more recent findings show that black professionals are now more likely to jump ship”[2] As recently as the 3 March 2019, the Sunday Times reported on black entrepreneurs who were/are ready to emigrate. Whether black or white, emigrating South Africans were/are also affording middle/upper class professionals. Is the conclusion that these people were consuming middle and lower DStv packages when they were still in South Africa?

Furthermore, not only has South Africa lost some people in the middle/upper classes, we are losing millionaires too, who were, in all probability, subscribers to the premium package. In my book, I quote World Wealth research. This research “estimates that South Africa lost just over 950 millionaires to emigration in 2015. South Africa’s number of high net worth individuals declined by 18 percent during 2015- from 46 800 at the end of 2014 to 38 500 at the end of 2015” (see page 79 of #FeesMustFall and youth mobilisation in SA).

The narrative about DStv’s loss of premium subscribers also does not indicate the percentage of people who would have loved to remain with DStv, but were of advanced age and had moved, say, to an old age home, and could no longer afford a premium package, in South Africa’s poorly-performing economy. We are equally left in limbo regarding the number of subscribers who shunned DStv’s competitors and downgraded to DStv’s lower packages, equally for economic reasons. How many subscribers have pulled out of TV-consumption as a habit altogether, just nje or for variety of reasons? How many cancelled their premium subscriptions and, say, gotten married or moved in with someone who has DStv premium? How many moved to non-streaming but other satellite pay-TV providers? What many subscribers are lost, not to Netlix, but to illegal streaming?

Most critically, in a country where internet-based streaming services growth is contingent upon fast-internet connectivity and affordability, had internet been cheaper and broadband rolled out across the length and breadth of South Africa, how much loss would DStv have actually suffered?

There is a second limitation of this narrative. As much as it disproportionately focuses its analysis on premium subscribers, it underestimates the scope and scale of the competition that DStv is still to face at this level, in (South) Africa. DStv’s journey ahead is actually going to be tougher than it is estimated. Global media companies are already seriously scrambling for African media markets, DStv’s historical territory, and where it has faced reasonably minimal competition.

Global media companies, historically part of the afro-pessimistic narrative, perceive African markets differently now; it is where they think can prosper. Particularly in the post-year 2000 era, there has been increase in the number of global media outlets that follow each other to Africa. Of these, few, if any, have not in fact not ‘glocalised’ or extended their brand names or names of their programmes to include the word ‘Africa’. We now have, as such, Forbes Africa, CNBC Africa, CNN Market Africa, BBC Focus on Africa, France 24’s Eye on Africa, Bloomberg TV Africa, CGN’s Africa Live, EuroNews’ Africanews.com, etc. Even our own e. News Channel nogal had to rebrand to e. News Channel Africa (eNCA).

Facilitating Western and Asian media conglomerates’ Africa-oriented expansion are, at least, current and broader infrastructural developments and their attendant expansion of electrification to even long-neglected remotest villages, as well as increasing internet connectivity in African cities. The growth of cosmopolitan middle class, however slow and uneven, from country to country, is another attraction. Apart from these pulling factors, there are pushing factors too: Western media markets are saturated. Through economies of scale, commercial success is being sought in Africa, where populations are also larger.

Global internet-based streaming services are, as such, going to be envious of Netflix’s reported ‘success’. They would want to follow on its footsteps. As a consequence of the following three factors, DStv should brace itself for serious competition for premium subscribers. These factors are:

DStv should, as such, brace itself for the entrance/growth of HBO Now, Hulu, Amazon Prime TV, Apple TV, YouTube TV, and others in ‘its’ territory. If Netflix can ‘grow’ in the (South) African media market the way it is, what is there stop other competing global streaming companies from growing too? This resultant proliferation of internet-based TV content providers further shrinks DStv’s market share.

Web-based streaming and social media services are even eying the lucrative sport markets, where satellite pay-TV companies have had an advantage and holding broadcast rights. Facebook, for example, has already teamed up with La Liga to show the Spanish soccer league in India and in other Asian countries for free. Who knows what Facebook or anybody else is planning for the African continent in this regard?

There is a third limitation with the public narrative. Its exclusive focus on premium subscribers\creates a misleading impression that DStv is future-proof at other levels. DStv faces two main pay-TV competitors in the continent: the French-owned Vivendi/Canal Plus and the fast- growing and Chinese-owned StartTimes/StarSat. The latter has serious close relationships with many governments in Africa, and deals on digitisation of African media infrastructure. In various African countries, locally-owned affordable cable and satellite providers are growing and, ideologically, questioning the dominance of their domestic media spheres by imperialistic foreign media providers, including those seen as part of South African sub-imperialism such as DStv.

In the domestic South African market, and in terms of entertainment content aggregation and supply, South African mobile companies also pose some threat to DStv. Cell C, for example, already offers Black, a streaming service that gives subscribers access to movies, series, music documentaries, etc. Who knows what other mobile/telecommunications companies such as MTN, Vodacom and Telkom will offer in future that further erodes DStv’s market share? Some of these already offer movies at some fee.

DStv’s exclusive offerings of local 24/7 news channels, eNCA and SABC News, is to be challenged in future. eNCA’s new slogan is already: ‘No TV. No problem’. Basically, you can access eNCA news on YouTube almost as you wish.

In short, declining numbers of DStv’s premium subscribers hardly signal the service’s imminent demise; DStv still has a larger space to grow and long life ahead. Pay-TV market is set to grow in the African continent as a whole and most countries will be growing from a very low base. Satellite-based TV itself still has a competitive edge in Africa over internet-based streaming services; satellite covers large parts of the earth easily in the continent than fiber. Internet is still very expensive for many, let alone for TV watching.

It is mainly in the manner in which DStv delivers content to people that is going to matter the most. TV consumers are increasingly consuming TV like a they read a book and they binge watch: they want all chapters of the entire book with them all at once, wherever they are, all the time. You cannot tell them that they can, say, read the introduction today and then can have access to other chapters of the book every other Sunday afternoon, mainly when they are at home.