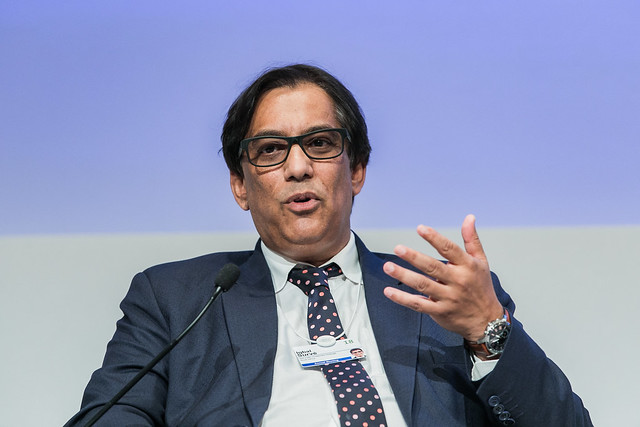 
Testifying at the Commission of Inquiry into allegations of impropriety at the Public Investment Corporation (PIC), Sekunjalo founder [and owner of Independent Media] Iqbal Survé rendered a spirited defence of the PIC’s R4.3 billion investment in Sekunjalo subsidiary Ayo Technology Solutions.

“The PIC has not lost any money on Ayo,” he said. “It is true that the share price has dropped. Let’s look at the fundamentals of the company. The results came out on Monday, the results are exceptional.

“If you put a multiple on that you get to a multiple of about R15 billion, and if you look at it a year later Ayo will have profitability of R1.2 to R1.3 billion.

“If you take a PE [price-to-earnings] multiple according to the PIC’s own multiple [of] 16x to 30x … if the PIC supports its own investment in Ayo, the share should reach R100 within the space of three years, which means that the PIC will triple its investment in the space of five years. That is superb.” 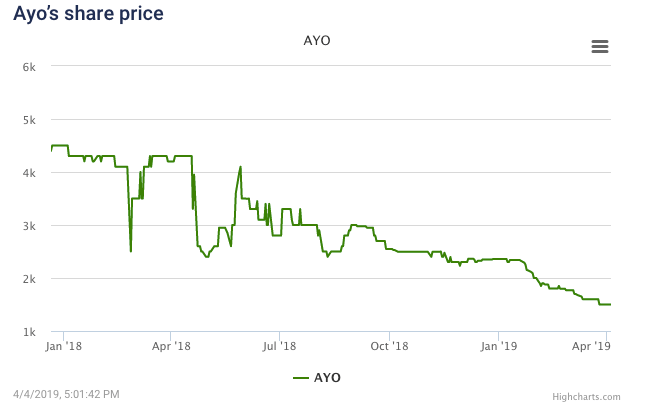 “You know, we build industrial economies,” he added. “We take a long term view of our investments, and that is what we are doing.

“As chairman of this group [Sekunjalo Holdings], no one is here for a quick buck, we are trying to build the South African economy. And I am comfortable that Ayo’s market capitalisation will reach R30 billion to R50 billion in the next three to five years.

“All other companies have significant debt.

“Ayo does not have debt.”

The Ayo Group employs 1 400 people and has over 500 clients, with operations in South Africa, Mauritius, East Africa and the UK.

Ayo secured a contract with an undisclosed multinational that commenced in July 2018 and resulted in significant organic growth during the interim period. With work progressing well  and positive feedback from the client, Ayo expects to obtain new contracts with other multinationals.

In addition, since its listing Ayo has made a number of acquisitions.

* A 55% stake in Zaloserve on 19 December 2018 for a consideration of R165 million. Zaloserve is an investment holding company that holds 100% in Opiwize, which in turn holds 100% of Sizwe Africa IT. Sizwe offers various ICT services and has annual revenues in excess of R1 billion.

* A 32% shareholding in Bambelela Capital (previously Vunani Group) on 16 September 2018. Bambelela has a 50% stake in Vunani Ltd, a diversified financial services group. Bambelela generates profits in excess of R40 million.

* On 28 September 2018, Ayo subscribed for 261 343 070 cumulative, redeemable, non-participating, convertible Class C preference shares of no par value in Bambelela for a consideration of R145 million.

Ayo is reportedly in the process of finalising certain key projects and transactions and will make further announcements in due course.

Cash and cash equivalents amount to R3.6 billion, and goodwill and intellectual property to R169 million.

Ayo is required to pay the previous shareholders of Zaloserve a cash amount of R5.5 million a annum for the next three years provided that Zaloserve meets certain profit-after-tax targets.

The fair value of the contingent consideration arrangement was determined at the acquisition date and included in the consideration. The target is based on net profit after tax meeting certain thresholds. The payments are discounted at a rate of 15.78%.

Events after the reporting period

This will be done through:

Ayo has a lot of money to play with and is rapidly acquiring companies to support its vision of being the next Naspers or Alibaba.

Or is this Survé’s vision?

He does not serve on the board of Ayo, or even its parent African Equity Empowerment Investments (AEEI). The latter was known as Sekunjalo Investments Limited until 2015. It was renamed to avoid confusion with parent company Sekunjalo Holdings.

Sekunjalo Holdings went private, AEEI took Sekunjalo’s publicly traded status on the JSE, all investments other than the group’s stake in Independent News and Media SA (INMSA) were spun off into the renamed entity, and Survé reportedly stepped down from managing all investments held by the subsidiary so he could focus on the group’s media holdings.

With the ever-increasing convergence of media and technology in the intervening years – and even Naspers’s own evolution from a media powerhouse to a tech giant – perhaps his ambitions have changed.

No matter the identity of the mastermind behind the grand plan, it is not necessarily one that will result in profits or positive cash flow.

Meanwhile, the PIC will have to be content with its interim dividend of 35 cents per share and the warm fuzzy feeling that comes from knowing that, due to its largesse, Ayo is proudly debt-free.

Read: Can Ayo deliver, that is the question

Barbara Curson is a CA(SA) with post graduate qualifications in tax and international tax. Her experience includes working for auditors, large corporates, and Sars. Economics, financial corruption and tax policy are among her interests.