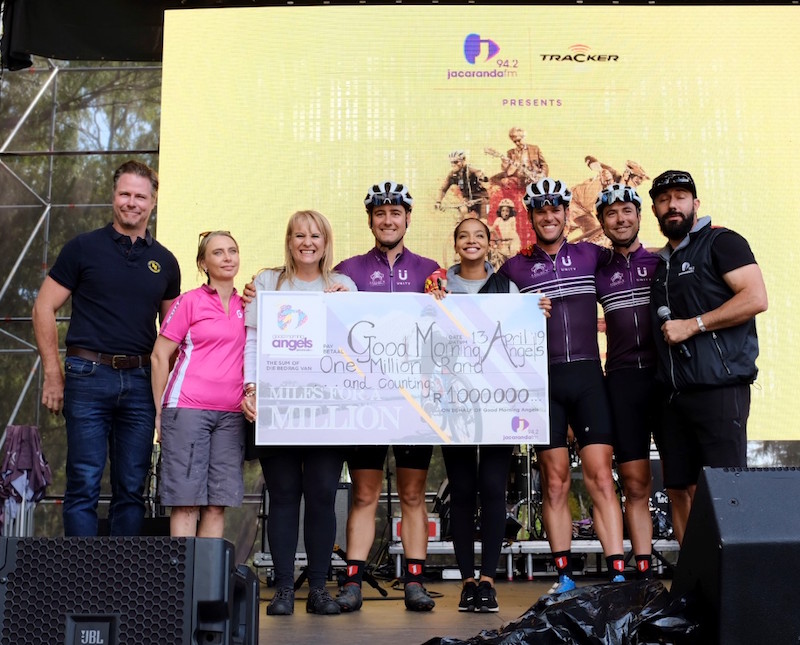 It’s been a good week for Jacaranda FM, and the station’s breakfast show host, Martin Bester, who walked away with the coveted Best Breakfast Presenter (commercial) for his show, Breakfast with Martin Bester, at the Liberty Radio Awards on Saturday night.

Earlier on Saturday, Bester and Jacaranda found out that the trio who pedalled an epic 1 650 km from Cape Town to Pretoria on their mountain bikes managed to raise a total of R1.5 million for Jacaranda FM’s Good Morning Angels. The fund supports the needy and has changed many lives to date.

The event featured riders as young as three and as not-so-young as 65+ who cycled around Irene. Viral sensation, Marelize Horn from Windhoek, was also up to the challenge by successfully completing the 5 km route without serious incident – barring one tree that made its way onto her path – showing that she’s developing into a mountain biking prodigy, Jacaranda FM reported.

The young and vibrant, Kenzy Mohapi walked away with the Best Weekend Radio Show while The Scenic Drive team won the award for the Best Promotion/Stunt at the ceremony for ‘Malcolm X’.