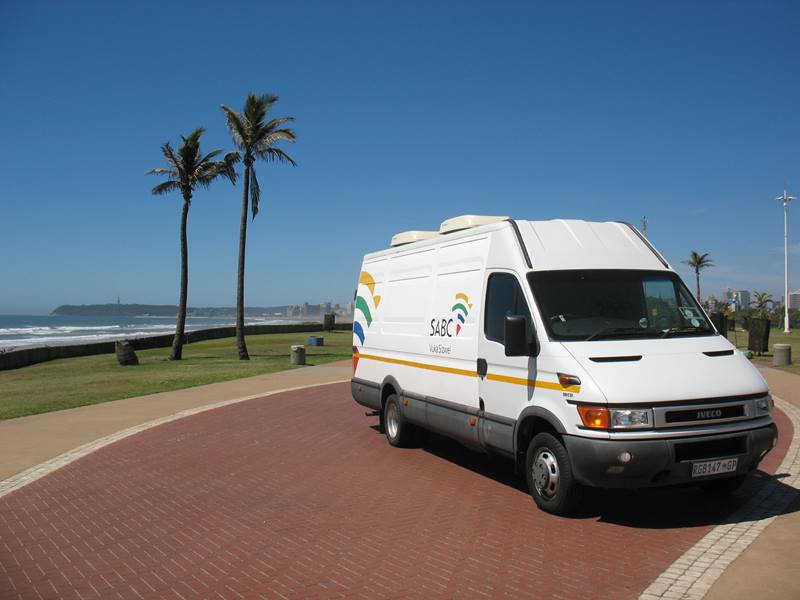 SABC News has deployed nine hybrid electronic news gathering (ENG) vehicles across South Africa ahead of the May elections that have the capacity to broadcast from the most remote areas of the country. They can transmit video, voice and data on the move, and will be monitored from the public broadcaster’s headquarter at Auckland Park, a move that will help limit wasteful use of satellite capacity that the SABC has leased.

SABC spokesperson, Vuyo Mthembu, told The Media Online that plans for the hybrid vehicles have been in the works for several years. “Over the years, the technology for live contribution of content from remote studios or broadcast centres has increased and improved; however, there are still challenges,” she said. “Satellite transmission requires highly skilled technicians and these skills are scarce and take time to develop. In addition, mobile networks (3G/LTE) do not cover all the areas and tend to be congested during major events. Copper and fibre lines are available in certain areas and the services cannot be provided at short notice. Moreover, microwave links are limited to line of sight distances.”

This, she said, had limited the SABC’s ability to broadcast live from around South Africa. The broadcaster needed to find a solution, and the need to replace its existing portable satellite system offered an opportunity to modernise news gathering operations, as well as increase its footprint in under-serviced areas where telecommunications infrastructure is minimal. The SABC had to “go back to the drawing board” to find the answer to its problem.

“With vast experience and expertise in technology, SABC technicians put together an innovative hybrid technology that combines the efficiency and strength of various technologies,” explained Mthembu. “A big advantage is that the hybrid solution is designed such that it can be operated by a non-technical person.” 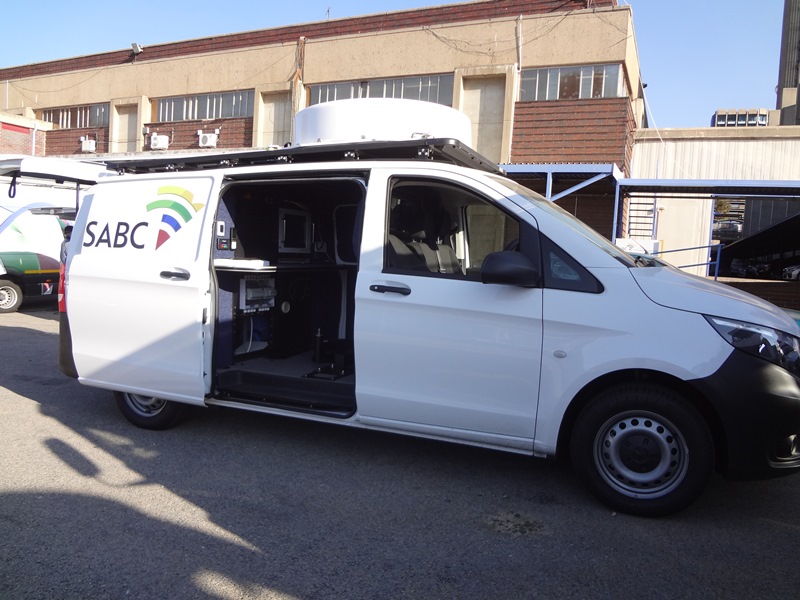 The vehicles can be powered from electricity or on-board diesel generators. “The units are named ‘Hybrids’ because they combine satellite with cellular bonding devices to extend the overall coverage in cities and rural areas to close to 100%,” Mthembu said. “In the cities where high buildings might block direct line of sight to the satellite, 3G and LTE connectivity will take over. In rural areas where 3G or LTE connectivity may not be available, the line of sight to the satellite is achievable.”

Asked how the Hybrid ENG would change the way the broadcaster’s journalists reported the news, Mthembu said they bridged the gap of standard digital satellite news gathering (DSNG), which required an experienced DSNG engineer and the time consuming exercise of connecting to the satellite. “The Hybrid ENG vehicles are able to go online as soon as they are switched on and this eliminates the setup time for satellite connection. Therefore, news camera operators and journalists can operate the Hybrid ENG vehicle without the need for a technician through the control system that is in Auckland Park, where it is managed by engineers,” she said.

So far, 53 engineers have undergone training in how to operate the units from Auckland Park, while a further 57 camera operators, journalists and producers nationwide were trained too, with more to come.

Each province has been permanently allocated one Hybrid ENG vehicle. “The units are fully utilised and are already contributing to both TV and radio, as a build-up to the elections. They will enable live broadcast from even the remote areas in the country, during the elections and beyond,” Mthembu said.

The Hybrid ENG vehicles were designed by the SABC in collaboration with ND Satcom (Germany) and HICALIBRE (South Africa). They were built locally by Turnkey Media Solution. They can currently operate in South Africa and SADC countries. SABC News has the biggest network of journalists in South Africa, covering rural and urban areas across all provinces. It provides bulletins and current affairs programmes in all official languages to four of its five TV channels and 19 radio stations.