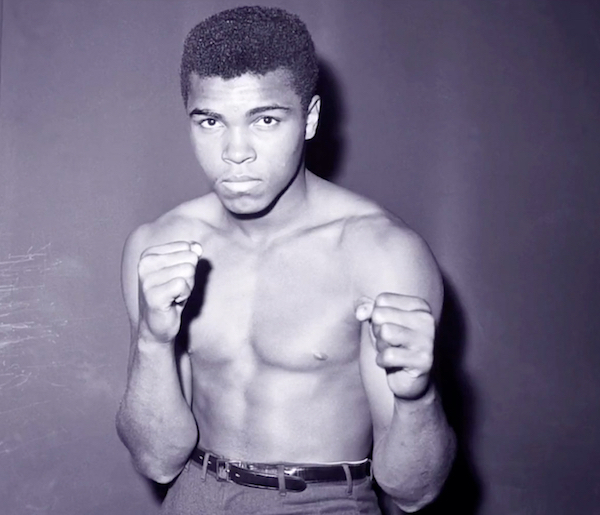 [PRESS OFFICE] What’s My Name: Muhammad Ali, HBO’s two-part documentary on the three-time heavyweight champion of the world, is now streaming on Showmax, just a month after its world premiere at the 2019 Tribeca Film Festival.

Directed by Black Reel winner Antoine Fuqua (Training Day), the documentary tells the boxing great’s story in his own voice, painting a vivid picture of the man Sports Illustrated declared the greatest athlete of the 20th Century.

Executive produced by another sporting legend, basketball star LeBron James, What’s My Name has a 93% critics rating  on Rotten Tomatoes and an 8.6/10 rating on IMDB. As critic Richard Roeper wrote in The Chicago Sun-Times, “The greatness of What’s My Name is that if you’re young and you know very little of Muhammad Ali, this would be the perfect place to start learning about him — but if you remember Ali in his prime and you’re well-versed in his history, it’s still a must-see television event.”

All Ali’s fights are there, from The Thrilla In Manilla against Joe Frazier to The Rumble In The Jungle against George Foreman – the world’s most-watched live television broadcast at the time – to his fight as a 38-year-old against his former sparring partner Larry Holmes, who wept after beating his idol on a technical knockout.

But as thrilling as watching Ali float like a butterfly and sting like a bee is, the real joy of the documentary is listening to him talk: What’s My Name should be written up as not just a great sports documentary, but also a great comedy, with even more quick-witted verbal sparring contests than knockout punches.

Ali became famous not just for his skill in the ring, but also for his larger-than-life persona, which he modelled on Gorgeous George, a famous American wrestler. “He was talking about, ‘I am the prettiest wrestler. I am great. Look at my beautiful blonde hair.’ Real conceited and arrogant,” says Ali. “I looked at him. I said, ‘Boy, he needs a good whooping.’ And I saw all those people coming to see Gorgeous George get beat. And they all paid to get in, and that’s the thing, they paid to get in. And I said, ‘This is a good idea.’ And right away, I started talking, ‘I am the greatest…’”

This boastful persona took on a life of its own in the racist America of the 1960s, where Ali had been refused service because he was black at a restaurant just after returning home as the Olympic champion, at the start of a decade that would see civil rights activists like Malcolm X and Martin Luther King assassinated there.

Soon Ali was being booed regularly, but he’d also become an icon – as a black man publicly proclaiming himself ‘the greatest’ he became “the exact contrast of everything that was representative of the negro image” at the time in America, to quote a rare commentator in the documentary, which is largely in Ali’s own words.

This made him very popular, or very unpopular, depending on who you were talking to in America. “They knew that if people began to identify with Cassius and the type of image he was creating, they were gonna have trouble out of these negroes because they’d have negroes walking around the streets saying, ‘I’m the greatest,’” says the same unnamed commentator.

What’s My Name? also covers Ali’s links to The Nation of Islam, his refusal to fight in the Vietnam War, and his battle with Parkinson’s later in life, as well as lighter moments, like when he recorded with Sam Cooke, or when his mother talks about how his boxing career began when he accidentally knocked her tooth out with one of his first punches as a toddler.

What’s My Name? never makes it clear where Ali’s persona ended and his ego began, but it’s full of such virtuoso boxing and hilarious banter, that when Ali calls himself ‘the greatest’ you’ll find it hard to disagree…