Loyalty delivers an invaluable asset: an engaged and invested audience 
The voice that you know, the news that you trust, the music that makes you feel alive, the conversations and communities you understand and that nurture and nourish you… these are attributes of radio that keep listeners tuning in.

Sometimes they’re niched by location (regional radio) or by interest (vintage ’80s and ’90s music anyone?) or by community (language, religion); but those loyal listeners deliver to the stations an invaluable asset: an engaged and invested audience.

Of course the nuts and bolts matter. The localised weather reports, the explanation of why traffic is insanely backed up, news that is local and relevant. But there’s more to it than that, says Kagiso Media CEO, Nick Grubb. There’s the fact that “talent and station outreach projects create strong personal and emotional bonds between the listener and their favourite radio brand”. Jacaranda FM and East Coast Radio “both participate proactively in campaigns that rally listeners to help in times of acute crisis or shortage,” says Grubb.

Jacaranda FM’s Good Morning Angels initiative, propelled by its engaging and award-winning breakfast show host Martin Bester and his team, primes listeners for doing good, managing to raise extraordinary levels of money and help whenever, and wherever is needed.

When three children died after a walkway collapsed at the Driehoek School in Vanderbijlpark, Bester and his team stepped in and raised an astonishing R865 000 during the show. Such is the power of the Good Morning Angels initiative that three young mountain bike riders hit the dirt roads between Cape Town and Pretoria on a fundraising quest, #MilesForAMillion, to raise over a million rand to boost its coffers. Hendrik Steytler, Deon Brink and Ivor Potgieter arrived at the station’s Off the Beat ‘n Track event after completing their 11-day mission, and yes, they raised the money.

As Grubb points out, regional and local radio stations forge strong connections with listeners that national stations often battle to emulate because of their massive footprints. Radio’s strength and enduring popularity relies on its relevance, he says. News and information will be more targeted to its listeners’ context. “Where national stations succeed is where the community they serve is defined by something other than locality – for example, the success of Ukhozi, which targets a language and cultural grouping spread across the country.”

Chief operating officer of Primedia Broadcasting, Karl Gostner, says its Eyewitness News offering gives its regional stations (702 and 947 in Gauteng, and CapeTalk and Kfm in the Western Cape) a “unique edge against both regional and national stations by offering a credible, breaking and independent news source”. And, he points out, it has become a leading and award-winning, national digital news brand too.

The stations themselves are mandated to make a meaningful impact in the cities in which Primedia operates. They should “spread joy, laughter and connections, while ensuring that listeners are empowered with information and analysis of the world around them. The fact that we are deeply entrenched in the regions in which we operate enables us to give a textured and rich analysis that is not always possible for stations with a broader mandate,” says Gostner.

In central South Africa, OFM rules the airwaves. Nick Efstathiou, CEO of Central Media Group, says while the diverse communities the station serves range across the Free State, southern Gauteng, Northern Cape and North West, there is “a distinctively shared mindset that unites central South Africans irrespective of where they live, their lifestyle, age, or even ethnicity”. This, he says, is in their approach to life, “defined by a focus on what really matters and striving for greater balance”. It’s an approach “underpinned by strong family values, respect for religion, and the importance of time spent in the company of friends”.

The Eastern seaboard is home to Algoa FM, which also reaches the Garden Route, including the towns of Knysna, George and Mossel Bay, since its footprint was extended in December 2011. Advertising sales manager Dennis Karantges, says there is “a personal interaction between the broadcasters and listeners through an amalgamation of on air, online and on-the-ground products”. 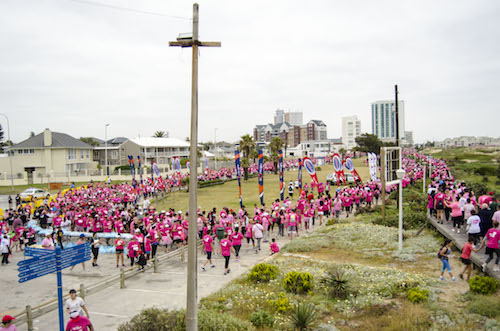 While the station’s on-air product is “lifestyle focused towards adults who enjoy popular contemporary music and have the resources to treat themselves regularly to quality life experiences”, as Karantges says, it’s positioning as a “responsible and committed corporate citizen” has established it as a trusted partner in the lives of people.

Algoa FM’s Big WalkIt’s flagship event, the annual Algoa FM Big Walk for Cancer, is now in its 21st year. It is, says marketing manager Toinette Koumpan, the biggest mass participation charity event in the Eastern Cape. Added to this is the Algoa Cares CSI initiative, started over 30 years ago as on on-air feature, which has now grown into a rallying point of support for local, non-profit organisations with their mission to assist and empower those in need, especially the most vulnerable within its community. “We use the power of radio and digital to increase awareness, influence positive change and inspire development within our broadcast footprint,” says Koumpan, adding that the station “also helps co-ordinate emergency support for communities affected by floods or fires”.

Across the country in South Africa’s economic heartland of Gauteng, YFM is charged with entertaining the province’s youth demographic. It’s their well-earned reputation for being pioneers in breaking new music and artists, as well as promoting established South African music and artists that keeps urban youth tuning in. “The station is synonymous with trendsetting in urban youth culture, developing and nurturing talent that have become icons in the eyes of young people and beyond,” says Kenneth Molefe, the station’s sales manager.

This youth segment is digitally savvy. They “live on their smartphones and on social media,” says head of digital, Hilton Tarrant. This, he says, is what young people in urban areas do. “The station has among the highest portion of listeners who listen to the station on their smartphones, and they do so primarily through live streaming,” he adds. The station’s app “plays a critical role in how we drive live streaming, on-demand content consumption, as well as interaction from our most-engaged listeners,” Tarrant explains, which is why the station produces and tailors specific content for its audiences across social media and its owned digital platforms.

Heart FM’s Renee Redelinghuys says as a niche station, “we believe we are truly representative of our diverse, vibrant and colourful community that is Cape Town. We are reflective of our audience; we speak to and understand them intimately. We are a trusted member of the community with 47% of our audience only listening to Heart FM”.

With access to such loyal listeners, ad spend should follow. But does it? Redelinghuys says the station’s main challenge is that “niche audiences are often misunderstood and key decision makers often turn a blind eye to an audience they don’t understand. There needs to be a shift in mindset and advertisers need to bear in mind that media is consumed differently by different audiences,” she says.

“As a result of these misconceptions, even though we are able to offer the same reach at a better cost, we find that brands often support the more ‘established’ stations,” she says. Nevertheless, she adds, “For advertisers, our value proposition is that Heart FM owns the mother city and its vibrant, colourful community. Our listeners are fiercely loyal and brand ‘savvy’.”

Grubb reckons that regional and local stations have better penetration of mid to upper income consumers than nationals. “So, while booking a national campaign on one national station may be easier, it rarely offers competitive audience reach per region compared with booking across a spread of regional commercial stations,” he says. But he does worry about the growing impact of digital competitors on radio’s share of the advertising pie, and of course, the performance of South Africa’s economy.

For Gostner, the challenge that Primedia Broadcasting faces in attracting radio ad spend is not so much a Primedia challenge as it is a radio challenge. “The digital giants – Google and Facebook – have offered customers the allure of highly targeted and measurable campaigns,” he says. “In a world of increasing financial accountability the hard measurement offered by these mediums provides a veneer of accountability and, as such, radio is pushed hard to increase its measurability.” 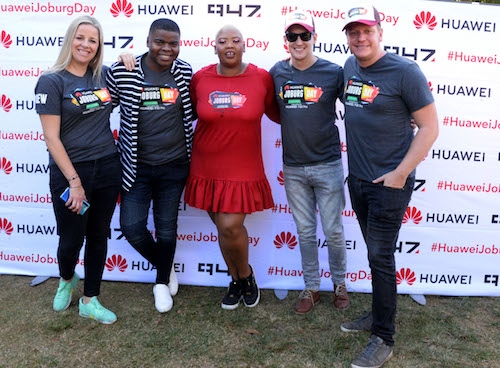 But he is heartened by signs that “intangible values-driven criteria that ensure the editorial integrity of the platforms are regaining importance and so sophisticated advertisers are increasingly balancing the targeting capabilities offered by digital with the reach and credibility offered by established, premium, mass media brands”.

Molefe believes the perception is that YFM listeners do not have the disposable income, but the research shows that this is not the case. He lists results of a 2018 Youth Dynamix digital survey of 24-29 year olds in Gauteng: 58% get money from working part-time or full-time; one quarter have a side job or own a business to supplement their income; 96% plan to invest in the next 12 months, while 90% want to get insurance policies in the next 12 months; and 70% or more of Millennials are the primary purchase decision makers for cellphones, personal care items, transport, clothing, shoes and accessories, and banking.

Algoa FM’s listeners are the prime audience in the Eastern Cape for consumer goods, entertainment and holidays because they are highly mobile and have disposable income, Karantges says. Not only does the sales team work closely with local businesses, but the station offers its own team of graphic designers, copywriters, voice-over artists and events experts to assist clients in the conceptualisation, design and rollout of focused campaigns.

“Our experienced social media team opens up new markets and information channels for advertisers. As with the on-air advertising, our social media is strategically focused to optimise communication with existing and potential customers,” says Karantges. “Local SMEs benefit from this expertise as advertisers have enjoyed great success with local campaigns.”

Heart too has gone the in-house creative route. “Creative director, Nick Feinberg, has instilled a creative culture at Heart FM by appointing a pool of great talent and fostering an environment where creatives are able to express themselves while staying true to the integrity of client objectives,” says Redelinghuys, adding that the in-house creative team understands their audience and can create tailor-made campaigns that mobilise it.

He sees OFM as having a key role in ensuring they understand “the niche audience; their likes and dislikes; needs and wants. OFM’s challenge in attracting ad spend relies on our ability to share insights, being made a marketing partner and not just another platform, to be personally invested in clients’ needs and return value back to them.”