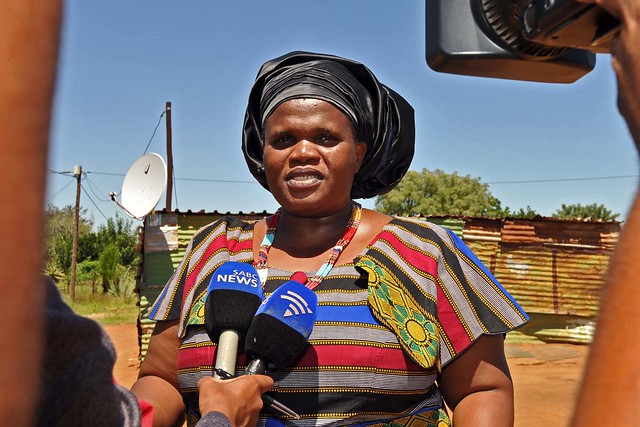 
Former communications minister Faith Muthambi not only violated the Broadcasting Act but also misled Parliament during the SABC inquiry of 2016.

This, said the Democratic Alliance’s shadow minister of communications and digital technologies, Phumzile an Damme, was “in direct contravention of the Powers, Privileges and Immunities of Parliaments and Provincial Legislatures Act”.

The Report of the Commission of Inquiry into Interference in the Decision-making in the Newsroom of the South African Broadcasting Corporation revealed that from 2012 until 2017, SABC executives took instructions from people who had no authority in their newsrooms, such as former chairperson Ellen Tshabalala, and Muthambi, who insisted her constituency work be covered by news teams.

Muthambi is also alleged to have insulted members of the news crews. “When the crew caught up Muthambi told them to be fast – ‘or I will fire you, I will really fire you’. Then she picked on this young lady and told her she looked fat and that she wasn’t dressed appropriately. The journalist was wearing a nice shirt and a nice skirt’.”

During her testimony to the SABC inquiry in Parliament, Muthambi said she had never interfered in editorial decisions.

“The findings in today’s report strengthens the findings made by Parliamentary Legal Services in August 2017 that she has ‘tried to mislead Parliament’,” Van Damme said, adding that the DA had already laid a complaint with the ethics committee and would now institute criminal charges against Muthambi.

The report, she said, should “serve as a stern warning to the ANC not to engage in political interference at the SABC”.