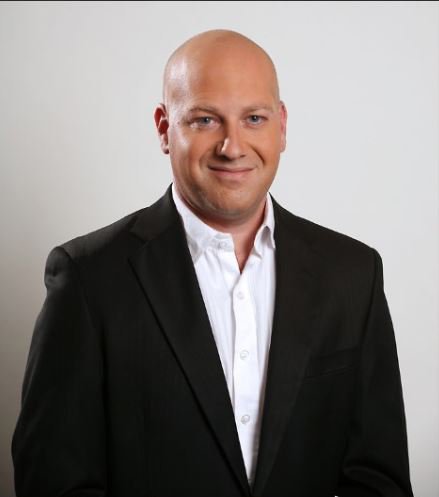 Veteran TV news journalist and eNCA’s director of news, Ben Said, has died in a drowning accident in Mozambique on Monday afternoon. He was on holiday with his wife Nicky and daughters, Lily and Bella.

eNCA editor, Jeremy Maggs, announced the news with “devastation, shock, and deep sorrow”. Said had recently returned to South Africa from TRT World in Turkey and had rejoined the senior management team at eNCA, Maggs said.

“Ben was one of the country’s best television journalists and his loss to the station is immense,” said Maggs. ” Having just re-joined the station he was already making his presence felt across all aspects of the business. We are all in deep shock.”

Holding company eMedia investments has extended its sincerest condolences to his family.

The South African government responded to the news, saying: “Government extends heartfelt condolences to the family, friends and colleagues of Mr Ben Said. The death of a journalist of Said’s calibre makes the media profession poorer.”

Devastating news. Ben was the gentleman of SA journalism. Soft spoken, fiercely committed to the truth. My heart goes out to Nicky and his kids and colleagues at ⁦@eNCA⁩ . ? | eNCA veteran Ben Said drowns while on holiday in Mozambique via @News24 //t.co/QaC6bPOxSY

We would like to send our heartfelt condolences to the family, friends and colleagues of Ben Said.

Ben was an amazing journalist, and an industry stalwart.

South African has lost a remarkable journalist. May his soul Rest In Peace! pic.twitter.com/QI4Oqo2Jx9

The news of Ben Said’s passing are truly shocking & deeply sad. I was talking to him literally few days ago on WhatsApp

At the end of the conversation about his return to ENCA, he said “keep me in your prayers please”

Our heartfelt condolences to his family, friends & the @eNCA pic.twitter.com/tm4yDf3Nfb

My heart breaks for the Said family.@BenSaid1 was a mentor, a friend, a role model.
All round nice guy.

Ben and his wife Nikki were key in guiding Team South Africa to victory at the 2018 Come Braai With Me Championships in Istanbul – a title we still hold. #RIP my brother. pic.twitter.com/dM8Vt6CS4m