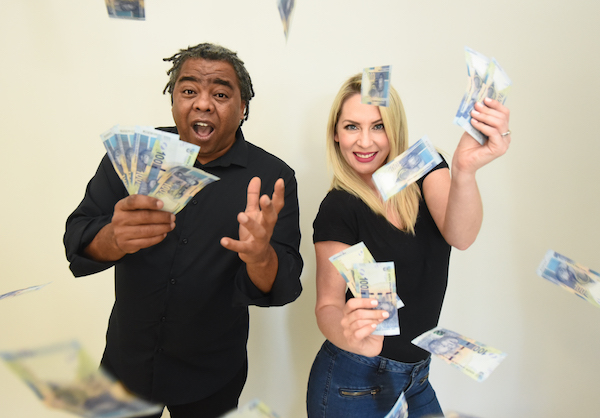 South Africa – and Africa’s – richest radio competition launched on Monday, with R2 million to be won by one listener. And while Smile 90.4 FM is a regional station based in the Western Cape, it will be open to all South Africans – as long as they have a South African bank account – as the station can be streamed via its app.

“We know how tough it can be in our current economy to save for that dream home or put money aside for your child’s education,” says programme manager, Naveen Singh. “We wanted to offer an opportunity that can literally change someone’s life, by giving them a chance to win a really large sum of money.”

While winning R2 million cash will be life-changing for a listener, the campaign behind the competition is to drive the station’s listenership too, Singh told The Media Online.

“The competition will work as a music trigger entry mechanism. Entrants will have to listen to Smile to enter, and must be over 18 years of age and have a South African bank account,” Singh confirmed.

One hundred finalists will attend the finale at the end of November, and the draw mechanism will be announced at that event.

Co-host of the breakfast show, Lindy Lehto, said the station’s mandate, as can be seen from its name, was to help keep South Africans in good spirits.  “As a media broadcaster we have so much power to influence mood, and that’s what we are all about,” she said. “We are so excited to be the first to offer the biggest cash prize ever in South African radio. That’s two million reasons to smile.”