LATEST NEWS
Home News Out with North West FM and in with YOU fm, ‘in tune with you’

Out with North West FM and in with YOU fm, ‘in tune with you’ 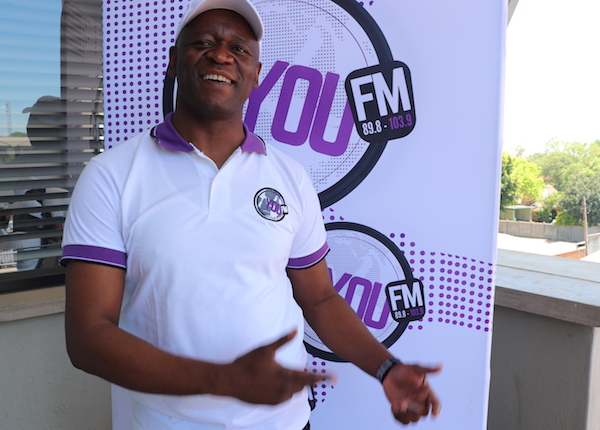 Photo: YOU fm has launched in North West

The platinum belt has a new adult contemporary radio station. What was once known as North West FM is now YOU fm, a completely rebranded commercial operating under new ownership.

The Motswako Media Group, a wholly black owned and managed media and broadcast group with over 18 years’ experience, won the rights from ICASA to change the name of the station and leave its “unsavoury reputation” behind. North West FM was frequently off-air and had financial troubles.

“The new station aims to enhance its focus on the urban market, which has previously been short-changed,” said company chairperson, Tebogo Pooe. “YOU fm is an adult contemporary station with a focus on current affairs, entertainment and keeping up with the ever-changing music taste of the listeners, which is also appealing the youth. This is our new dawn. We’ve entered an era of pure majestic radio with a clear intent of unearthing raw, local talent”.

Pooe said the since acquiring the old station, Motswako Media Group had made a significant investment into the station. It relocated operations from the outskirts of the Rustenburg CBD to a more central location. Their core focus is listeners between 25 and 44 years old who are family oriented and aspirational. They are ambitious and want to improve their lives.

“We are targeting an urban individual who is open-minded, well-informed and residing primarily in the North West and parts of Pretoria and Johannesburg,” said Pooe. “They are sophisticated, tech savvy, well-informed, open-minded and appreciate their culture yet (are) sensitive to the many other cultures that are part of South African life.”

Pooe said their research showed the group is comprised avid travellers, who enjoy the great outdoors and thrill of adventure. “It is an audience that require information before making decisions,” he added.

YOU fm also wants to woo the 18-24 market and this would be achieved through programmess that are tailored and relatable to this market..