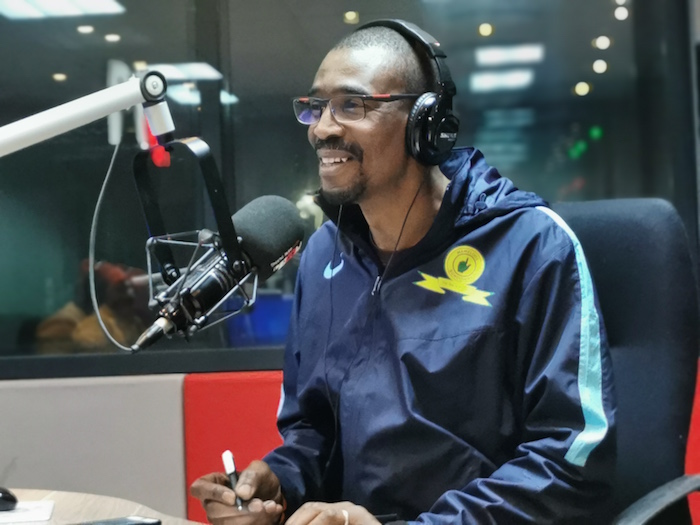 The unexpected death of broadcasting legend Bob Mabena has left South Africans reeling in shock. Only 51 years old, Bob ‘The Jammer’ Mabena has been a fixture on South African radio since he joined Radio Bop back in 1989. At. The time of his death on Monday, Mabena was station manager of POWER FM, and host of the POWER Breakfast show with Faith Mangope.

But his career spanned a number of radio stations and even television, where he presented a pop show on Bop TV in what was then the Republic of Bophuthatswana. He joined the SABC and Radio Metro (now Metro FM) and hosted music shows Studio Mix and Pick a Tune.

Mabena worked his way into management, operating as executive manager of the SABC’s commercial radio stations before joining independent stations Kaya FM, Highveld (now 94.7 FM) and ultimately, joining the management team at. POWER FM, while still retaining his hot seat behind the mic.

It was that station that announced his death on 10 August. ““It is with deep grief and pain that we announce that POWER 98.7 Breakfast Host, Mr Bob Mabena, passed away this afternoon, Monday 10 August 2020, from cardiac arrest.

“The family is coming to terms with his passing and respectfully requests the public to afford them the appropriate space. Further details will be communicated in due course,” MSG management said in a press release.

It appears Mabena was admitted to hospital over the weekend after falling ill on Friday. He was discharged on Monday morning. But while his wife, Eucharist, was driving him home, he suffered a heart attack and despite the best efforts of medical staff at the hospital, died later that day.

President Cyril Ramaphosa, acknowledging the loss of Mabena, said, “This is a sad loss not only to Bob’s family and friends, but to the broadcast fraternity and the country. His exceptional talent and voice of reason and insight reached millions of South Africans in their homes, workplaces and vehicles.

“It is very sad that such an iconic and household voice has gone silent. May his soul rest in peace”.

It was a sentiment echoed across the land.

Sadness and loss is unimaginable

“The sadness and loss is unimaginable. Bob Mabena, an icon of the South African radio industry, is no longer with us,” said Ravi Naidoo, chief creative officer at Primedia Broadcasting.

“I grew up idolising him on Metro FM. In 1996 he left to join Highveld (leaving a national radio station for a largely white audience based station). He was thought to be a fool for the move… when he in fact was a visionary.

“He captured the station’s audience with his warmth and genuineness. As host of the 9am–1pm show, he drew in the same numbers as Jeremy Mansfield on the breakfast show.

“I joined Highveld in 1997 as freelance weekend presenter and Bob took an instant liking to me (a nobody from Durban!) Radio was in his blood! I would go on to be his music manager when he was programme manager at the station. We maintained a friendship and our professional relationship would continue with Bob returning to the group several times over the years.

“I am blessed to have been mentored and trained by a true legend of the microphone. A truly great human, mentor, broadcaster.  His legacy lives on through all the ‘radio people’ across the length and breadth of South Africa who had the privilege to know him, work with him and be coached by him.

“My condolences to his family during this time. Rest in Peace, Bob.”

A titanic figure in radio

The SABC said Mabena was a “titanic figure” in the South African broadcasting industry, to which he contributed for more than 30 years. “His illustrious career in the industry included presenter roles on SABC popular youth programmes such as Jam Alley, Studio Mix as well as being one of the most memorable voices on Metro FM.

His versatile skills and passion for radio broadcasting saw him hold various management positions in the industry. He served the SABC as the Corporation’s head of commercial radio stations from 1 June 2007, a position he held until 17 February 2009.

“As a trailblazer, Mabena played an instrumental role in paving the way from which many current radio and television broadcasters draw inspiration. His legacy will serve as a foundation for consummate broadcasting for years to come.

“May his soul rest in peace.”

He played valuable role in the industry

Mabena also contributed to the health of the radio industry playing a “valued” role at the National Association of Broadcasters. CEO of the NAB, Nadia Bubilia, said he always gave “generously of his time and expertise to the work of the organisation.

“During our last discussions on the scourge of gender-based violence, he was firm about acting decisively and calling out abusers. He was committed to influencing change. He was legendary on so many levels,” she said.

“Bob was passionate about the industry and exuded warmth and humility. In his ever charming and wonderful way, he effortlessly mentored and guided industry colleagues from on-air talent across the value chain of the business of broadcasting.

“We honour his 30-year journey in the industry and the incredible contribution he made toward transforming broadcasting. He will be sorely missed and we are indeed grateful to have known and worked with him.

“Our heartfelt condolences to his beloved family, friends, colleagues and fans across the country. May His Soul Rest In Peace – Hamba Kahle.”

Rina Broomberg, founder of CliffCentral with Gareth Cliff, said she had known Mabena since he started in the industry. “[He is] gone way too soon – forever ageless and never to be forgotten for the contribution he made to the broadcasting world on so many levels”.

She said Cliff had interviewed Bob a couple of years of ago, and was “so glad” he did.

“On his show this morning, Gareth mentioned that he started listening to Bob on Radio Bop while he was still at school and it certainly left an imprint – his laughter and ability to connect with everyone who came into contact with him, either in person or over the radio – is what made him such a universally popular personality. He will always be one of radio’s most-loved icons,” Broomberg said.

The South African National Editors’ Forum (SANEF) said it was deeply saddened to learn of the death of the legendary broadcaster. “He took South Africa by storm as the host of popular Studio Mix with Melanie Son (now Bala). He was the programmes manager for the MSG Group, which includes Capricorn FM in Polokwane.

“SANEF extends condolences to his family, friends and multitude of fans.”