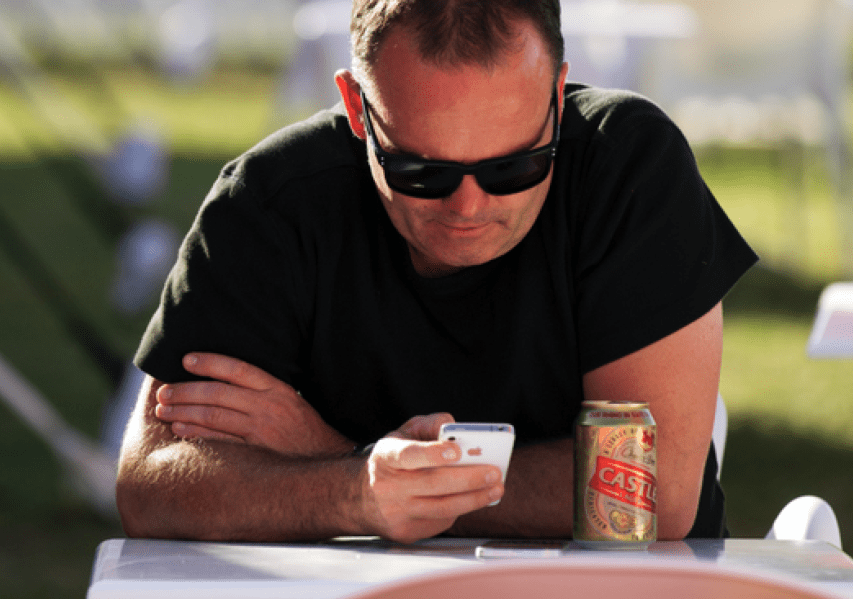 Now is as good a time as any to launch “this beast”. The demanding creature in question, sports journalist and editor Kevin McCallum reveals, is a new sports and lifestyle online title, with the somewhat out-of-left-field name of All Over the Bar Shouting, or AllOverTheBarShouting.com.

Yes, you read that right; the title is not to be confused with the idiom ‘all over bar the shouting’. McCallum, and a certain band of journalists within a certain age range, will recall The Liz, a much beloved bar in the Liz Hotel near the then-Independent News building in Johannesburg’s Sauer Street.

AllOverTheBarShouting.com got its name from a slip of the tongue by Abdul Bhamjee, the former PR manager of the old National Soccer League, McCallum explains. One day, he claimed a match was “all over the bar shouting”. The phrase, says McCallum, became legend at The Star’s sports desk, where he worked for many years.

“As deadline approached, the charge by a thirsty sports department across Sauer Street to the Liz Hotel for their first edition beers would be announced with the battle cry that it was ‘all over the bar shouting’.”

Bhamjee’s twist of the tongue now lives on. The Liz Hotel might have been demolished, and some may think those days are over. They’re not, McCallum vows. “They are AllOverTheBarShouting.com.”

McCallum admits now might be a crazy time to launch a new title, albeit digital. The state of the media is not pretty. “That said, while it may seem a little crazy for me to do launch AOTBS in that scenario, I think there is a need and a hunger for good writing and quality story-telling, particularly now during the pandemic,” he says.

“I believe people are reading more, not less. There is a desire to be entertained and escape the invisible danger of Covid-19 for a few hours.”

McCallum says in his household, he and his wife, PR Keri-Ann Stanton, buy many online and physical subscriptions because they are “passionate about the media and supporting it.

“Some of these cost all of R100 a month. So, they are affordable as well as necessary. That’s why I think this is as good a time as any to launch this beast”.

At this point, the site is self-funded aside from a developer who was paid to design it. “He’s a mate, Dayne Shaw of QTB Concepts, so that helps,” says McCallum. “The running costs are very low as I am doing most of the populating, editing and writing thus far. I have corporate and freelance newspaper/magazine work that keeps the wolves from the door.”

Stanton drew up a PR plan, a rate card, plans for producing branded T-shirts, who to contact, who to target… “We will be looking for traditional advertising. We will also be carrying sponsored content in terms of podcasts and ‘brought to you by…’ and looking at adding programmatic and pre-roll down the line,” he adds.

Not keen to go the paywall route, McCallum says he will soon launch a weekly newsletter with opportunities for sponsor/advertiser branding.

“I have been overwhelmed by offers of writing from friends and others. They know what I want to do, and are buying into it. Some of the country’s top journalists, writers and sports stars have offered support in terms of putting me in front of advertisers and to write for AOTBS,” he says.

And over 27 years as a sports editor, McCallum has made “strong” contacts in the corporate world. “They will be getting a knock on the door,” he promises.

The idea, says McCallum, is to entertain, take a step to the left and look at the story from a different angle, and tell it well and properly. “Too much sports journalism is rushed these days in the desperation to be first and to have lots and lots of it,” he says. “Good stories have longer shelf lives.”

He’s a fan of the way New Frame and Daily Maverick produce and publish. “It’s not overwhelming in terms of amount, but it is in terms of quality. The tone? Well, I’ve had a reputation for taking the Mickey down the years. It will irreverent, funny, serious and just, well, entertaining.

“But, it will also be for those who want to have a good old rant, but a rant that makes sense and develops an argument instead of, er, being all over the bar shouting.”

He has a small team in place – mainly him – but has had guest columns from former well-known sports writers and editors. “I’ve been lucky to work with some of South Africa’s top photographers and they have offered to help. My iCloud is full of pics right now. I’ve invested in some good podcasting equipment and have been in talks with other media outlets about partnering up with them in terms of sharing content and marketing,” says McCallum.

He’s of the view that despite the restrictions on live sport, the pandemic has “pushed sports journalists to try harder as the stories aren’t being given to them on a plate, and this has resulted in some extraordinary story telling and reporting.

“For example, the Cricket SA mess has seen the very best of writing from the likes of Stuart Hess, Neil Manthorp and Lungani Zama, to mention just a few. It feels like there is a greater emphasis on context and background.”

Despite leaving The Star a few years ago, it’s taken McCallum some time to launch the title.

“When AOTBS came together (heck, it took me two years just to find a name and then register it) it just felt like the right thing to do, exactly what I should have been doing and exactly what I want to do,” McCallum says.

“I’ve been a sports writer and editor for most of my life. I have seen how sport divides, lifts, drops and then mends us as South Africans. It’s an incredible thing to watch. That’s why we need to tell those stories in the best way possible.”